Fleetwood and District fished their latest match last Sunday either side of Rossall point. The wind was almost off the land and just a slight swell with not much weed.

Twenty anglers fished and everybody caught. Mostly whiting and small codling but two in size cod caught and also a couple of dog fish.

Craig Thompson was into a sizeable cod after about six minutes, he has been doing this a lot lately. Afterwards it was a succession of small codling and whiting for him.

Trevor Barnett was also into a decent cod early on in the match it measured 59cm and was getting on for five pounds. You would expect a win with a fish like that, but with the numbers of small fish about managed third place. 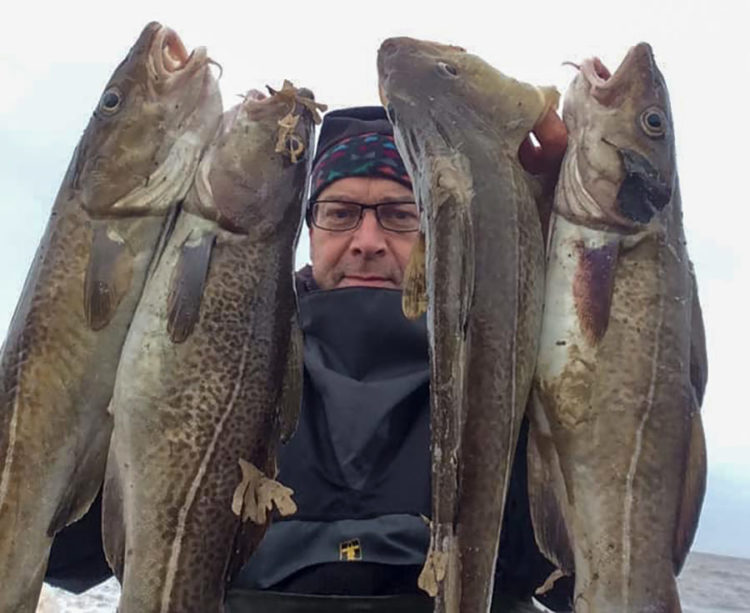 Dave Brown with a batch of codling

Dave Brown managed a cod at low water then fished Cadet Base for ten little codling. This spurred Dave on to a second outing at Cleveleys and found the cod on the feed.

Fishing At Distance Produces For Paul In Skegness Club Match