Fishing At Distance Produces For Paul In Skegness Club Match

Conditions were absolutely perfect for yesterday evening’s Skegness Pier Angling Club (SPAC) match, held from 2:30 till 6:30pm at Chapel Six Marsh. The turnout was much reduced due to other matches being held further afield, but it was still great to see nine anglers turning up to fish in the afternoon sun, with a gentle backwind to help with casting.

Grimsby ace Paul Denholm was the last to book in and walked north to the end of the line of anglers, who were spread out each side of the beach access. Fishing at distance using three hook clipped rigs, baited with mackerel tipped lugworm sections, Paul caught from the off. A with a small dab first chuck was followed by dab double shots on his next two casts. He went on to catch fish on every cast apart from his last, with just four singles and every other cast either double or treble shots. 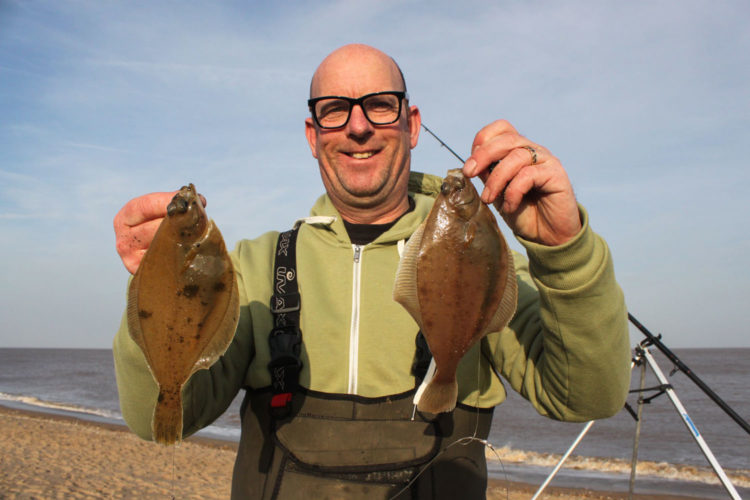 Gordon Long Cup winner Paul Denholm, with a double shot of dabs on his second cast

Paul also found some half decent whiting at distance, running out as easy winner of the Gordon Long Cup, with 23 fish measuring 555cm in total. Paul also won the longest round fish prize for his best whiting, which hit the measure at 32cm. Interestingly, instead of using his more usual continental mangle tackle, Paul favoured a multiplier setup to eke out a few more yards to reach the feeding fish.

Fishing at the other end of the match stretch, Matt Brewer had a slow start, but then caught steadily to take second place with eight dabs for 184cm. There was then a tie for third place, with Rick Jarvis and Mark Lawson fishing next to each other and amazingly, each catching six dabs to both end up on 146cm! 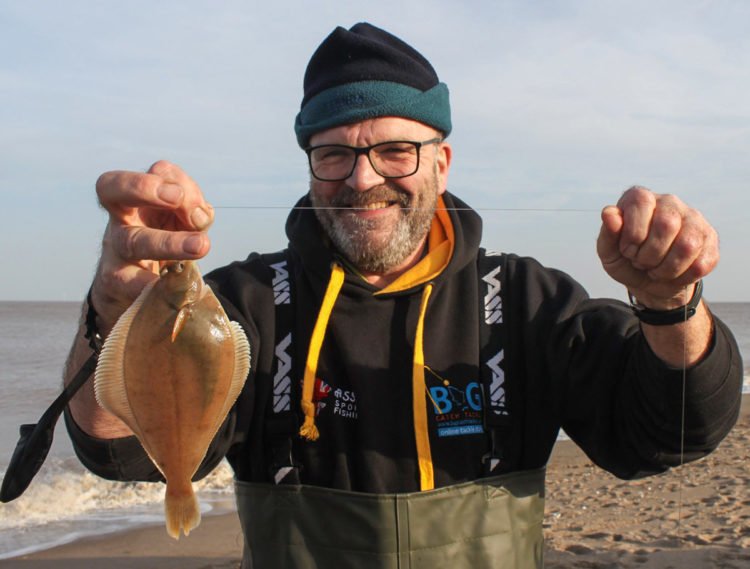 Flounder whisperer Gary Collins missed out on the longest flatfish prize on this occasion, when his tame 32cm flounder mistakenly ended up on Darren Blythe’s tackle next door!

Although fishing has slowed down a lot, as it tends to do at this time of year, it was another good SPAC match, with no blanks and enough fish to keep everyone interested. In total there were 59 fish caught, consisting of 48 dabs, nine whiting and two flounders, the vast majority of which were returned to the sea alive after being measured.

The SPAC AGM and Trophy Presentation will be held on Saturday 2nd March, commencing at 19:30hrs in the New Park Club, Scarborough Avenue, Skegness, PE25 2TQ. There will be a self-help buffet laid on and it would be most welcome if anyone attending could bring along a food item to complement the buffet. There will also be a raffle and Big Catch Tackle at Lakeside Leisure have kindly donated a couple of casting multipliers to add to the prize table. Once again, if those attending could consider donating a raffle prize, it would be very much appreciated. 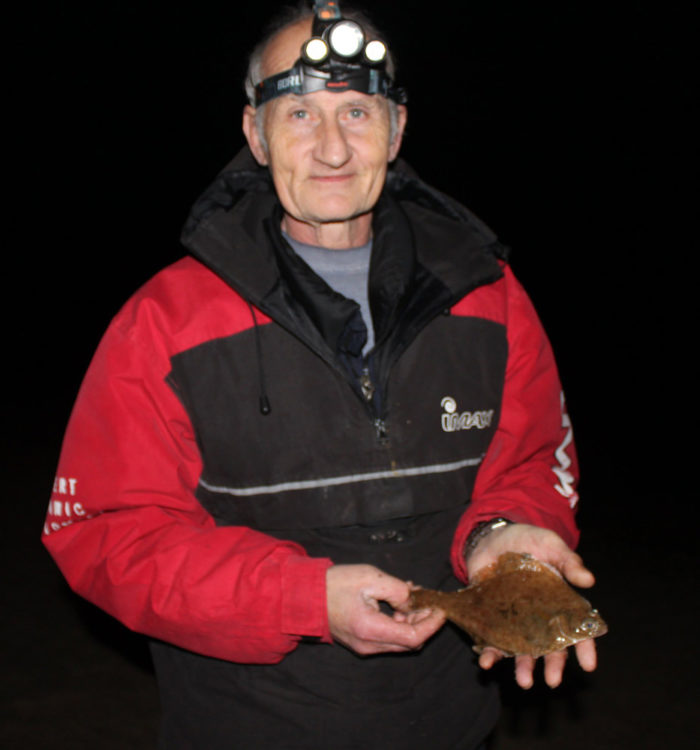 The annual AGM match will be held the day following on Sunday 3rd March from 2:30 till 6:30pm at Trunch Lane, with Club members fishing for the Ex-Service Cup, but the match is open to all to fish.