The settled spell continues and with temperatures hitting 16OC anglers revelled in sun and rays!

As predicted a combination of big tides and warm weather saw an influx of thornback ray move ever closer to our shore line, hopefully now the fishing will be on an upward trend for the next few months.

The boats took advantage of calm seas and landed plenty of fish. Clacton Boat Club members Martin Smyth and Kevin Scrivener fished a flood tide just off the coast, they landed no less than 10 thornback rays with all their fish caught on herring baits. 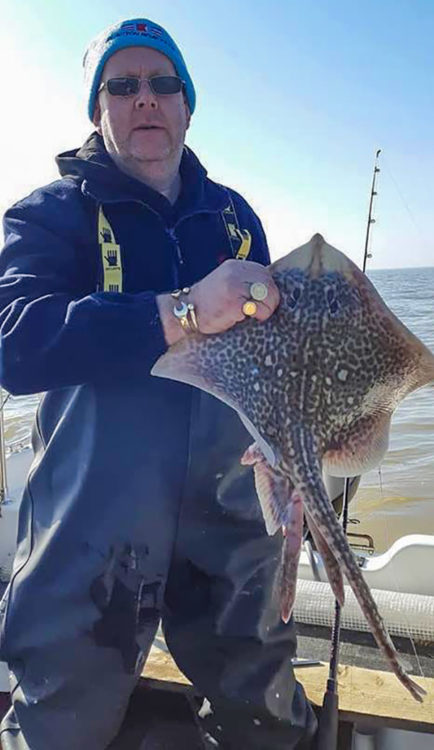 Kevin Scrivener with his thornback ray caught on a herring fillet

Vic Ham also had a cracking day; he fished with two friends from his own boat and they landed 16 rays plus whiting and dogfish.

The charter boat Gloria B2 also caught their fair share of fish, and Roger Chase fishing onboard landed the biggest ray weighing in at 12lbs.

The piers and beaches haven’t missed out this week either with both piers starting to see thornback rays being caught. Clacton Pier saw the first rays at the weekend although it was rather slow, and dogfish are also showing here after dark. 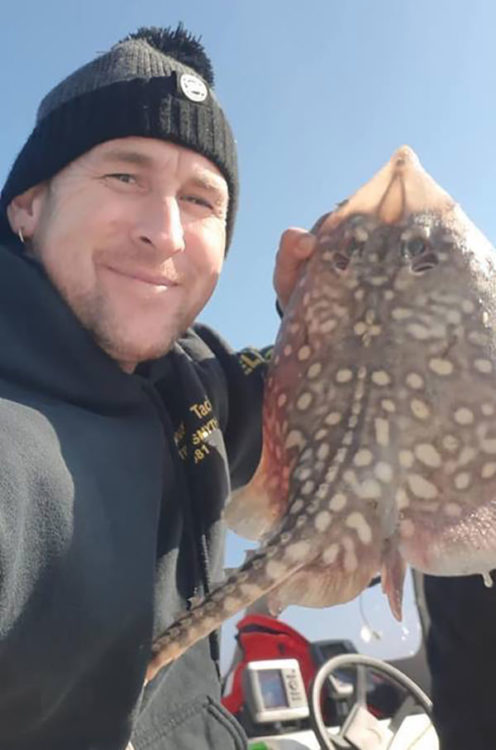 The Holland beaches have been on the slow side with just the odd ray, although dogfish are now being caught from these beaches.

Walton Pier has seen a turn around with rays also starting to show up here. Walton Sea Angling club held their latest evening match on the top of the pier and a good night was had by all. They fished a flood tide in warm and calm conditions, the fishing was slow to start but as the tide built the fish started to feed. Top angler on the night was Rob Tuck with three dogfish and a thornback ray for 9lb 2oz. Second place went to Bill Paquette with one dogfish and a ray weighing 6lb 3oz. Third placed Chris Mills had a mixed bag of pouting, rockling, dogfish and thornback ray for 5lb 5oz. Bill also won the heaviest fish prize with his thornback ray weighing in at 4lb 13oz. 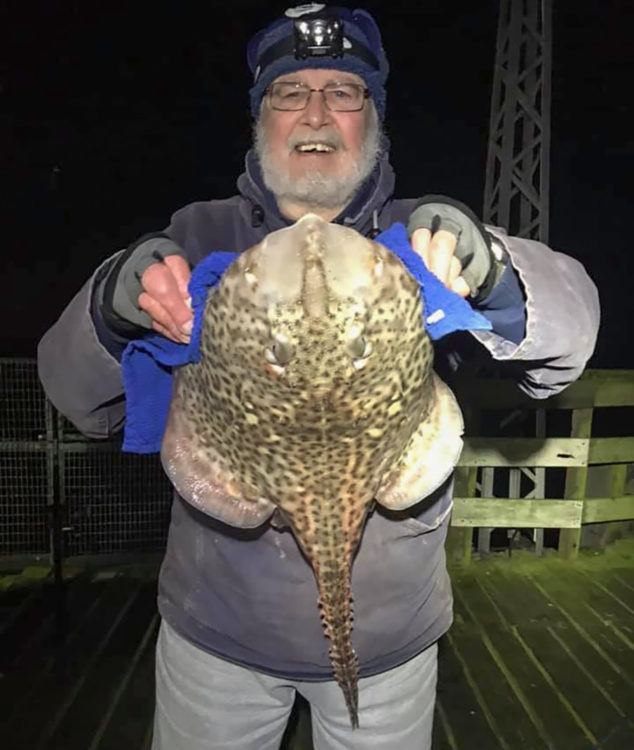 The Walton Pier Club also fished their match here at the weekend. 21 anglers fished a daytime ebb tide with a flat sea, fish were hard to come by although whiting, dabs, pouting and a solitary thornback ray were caught. First place went to Andy Westrope with 2lb 4oz, in second was Dan Winter with 1lb 6½oz and third was Chris Oxley with 8oz. The heaviest fish prize went to Andrew Westrope for his 2¼lb thornback ray.

The fishing on the pier in general has picked up well with thornbacks being caught on most tides. Ian Brookes made an impromptu trip to the pier and over high tide he landed whiting and a 7lb 2oz thornback ray, Ian’s fish were caught on frozen baits.