Plenty of fish about at the moment with the predominant species being dabs, followed by the whiting. Some of them are decent sized fish.

Rossall at low water and the Fleetwood channel are still throwing up a few codling but most are smaller than those last last month.

If it follows last year’s pattern we are due a few around 8-9lb off the North Pier during March and April. There have also been some flounders knocking about to around 36cm.

These are being caught close in, around 10 yards out on shellfish and worm.

Fleetwood and District Angling Club fished their latest match at the Miners Home stretch of the Wall. It was a bit of a cold, wet, miserable day but the sea was flattening off nicely. The format of today’s match was combined points for a flat and round fish. 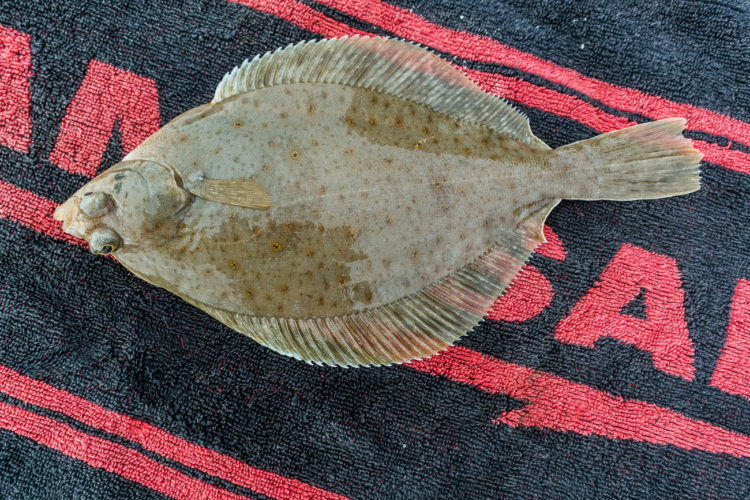 Nine anglers landed one of each whereas the other six fishing only managed the flatfish.

The venue fished fairly well, particularly for dabs together with a handful of flounders and a few whiting. The exciting part of this match is you are in it until the last cast if you manage one of the qualifying species. Today Ray Rodger landed a last cast whiting.

Ray, along with Ken Forrest also had the longest fish; a 36cm flounder.

Results of those with both types of fish.

Worm, fish and shellfish baits all seemed to work equally well today. The next Club match is on Sunday 28th at Five Bar Gate fishing from 6.30 to 9.30 pm.

Paul Fulcher had a nice 3lb codling from the North Pier on fresh yellowtails and rag worm. 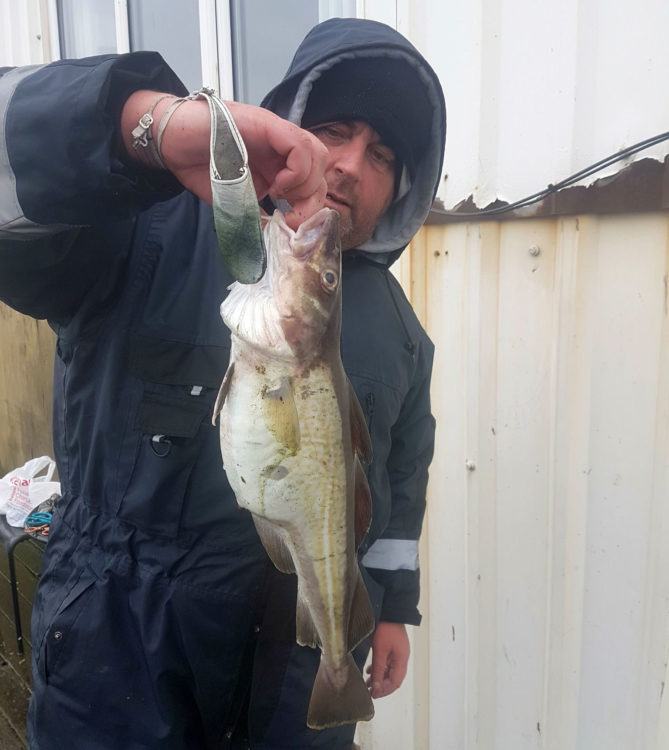 Paul Fulcher with his codling

Plenty Of Fish At Sheringham For Norfolk Angling Club