It wasn’t many years ago that I would have been reporting about the great hauls of early winter cod that our boats and beaches were catching. However, over the last few years we have seen less and less of these fish that we came to rely on.

There are many reasons why they have disappeared and perhaps we will never know the real answer. My thoughts are commercial over-fishing in the 1960’s and 1970’s and now warmer seas later through the early winter months has seen what is left of our cod stocks stay in deeper, colder waters.

We have been told the cod is now a sustainable fish but you only have to look around our shores to see that this is not the case.

This week has to be all about the whiting, vast shoals of these small fish have arrived on our coastline, nothing unusual about that as they arrive every year at virtually the same time. They are a member of the cod family but can prove a nuisance when targeting bigger fish such as thornback rays and maybe that elusive codling.

St Osyth beach is renowned for its whiting shoals and the bigger fish will be caught from the Nature Reserve area. Thornback rays have been caught over the low tides in between the breakwaters. 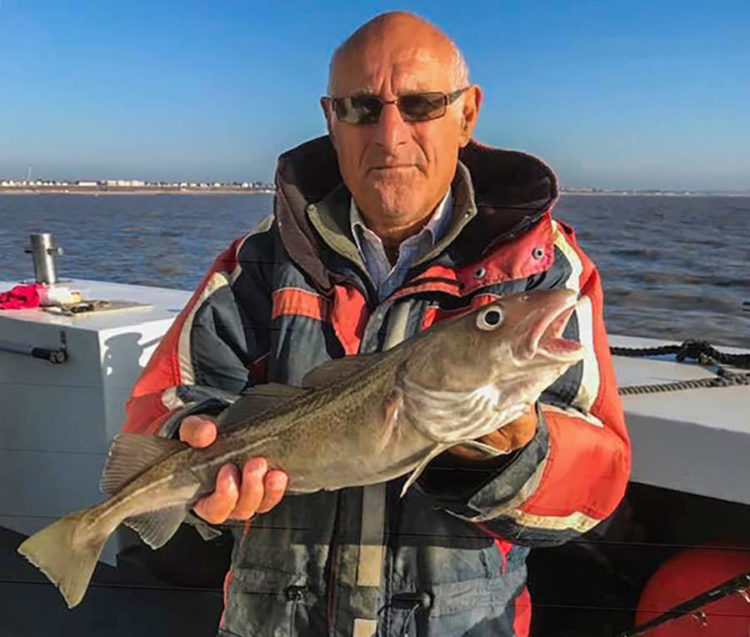 Phil Bingham with a plump codling from the Sophie Lea

Clacton Pier is also seeing its fair share of whiting with some dogfish and rays too.

The Holland beaches has seen the odd ray and plenty of small whiting. Walton Sea Angling Club fished their midweek evening match here and with just light winds it looked like the whiting would be feeding, and so it proved.

Top angler on the night was Cameron Turner with 18 fish for 14lb 1oz which included the heaviest fish – a thornback ray of 3lb 9oz. Second spot went to Rob Tuck with a bag of 34 whiting weighing 11lb 14oz and a close third was Richard Burt whose 27 fish weighed in at 11lb 8oz.

Walton Pier is also seeing plenty of whiting, dogfish and the odd thornback ray plus dabs, with still a few bass also being caught from this venue.

Colchester Sea Angling Club headed here for their Pier Championships. Eighteen anglers fished in what can only be described as atrocious conditions with rain, hail and gusting winds to contend with. Everyone was kept busy catching fish, dogfish, pouting, rockling, whiting and dabs were caught.