The annual Skegness Pier Angling Club (SPAC) Biggest Fish Rover (BFR) took place last Sunday 4th November. The match times were from 12 till 6pm, with boundaries being the river at Gibraltar Point and the Dunes Theatre at Mablethorpe. So just over 20 miles of beach were available for anglers to hunt that elusive big fish!

The registration, weigh in and prize presentation was held at the Lakeside Leisure Complex, Trunch Lane, by kind permission of the owner, Mr John Cook. The simple format of the match was for anglers to bring their single heaviest fish back to the scales for weighing in, with the scales closing at 7pm.

There was another great turnout, with 13 of the “usual suspects”, along with the welcome attendance of Chippy Mortimer, Nathan Boughen and Matty Lake from Norfolk Casting Club, all based in Kings Lynn. Also, SPAC member Ian Nelson brought his dad Gordon along to pleasure fish, but ended up paying his entrance fee, which proved to be a shrewd move on his part! So 17 anglers disappeared to head for their chosen hotspots, with seven choosing to stay at Trunch Lane, where Adie Cooper won last year’s equivalent match. 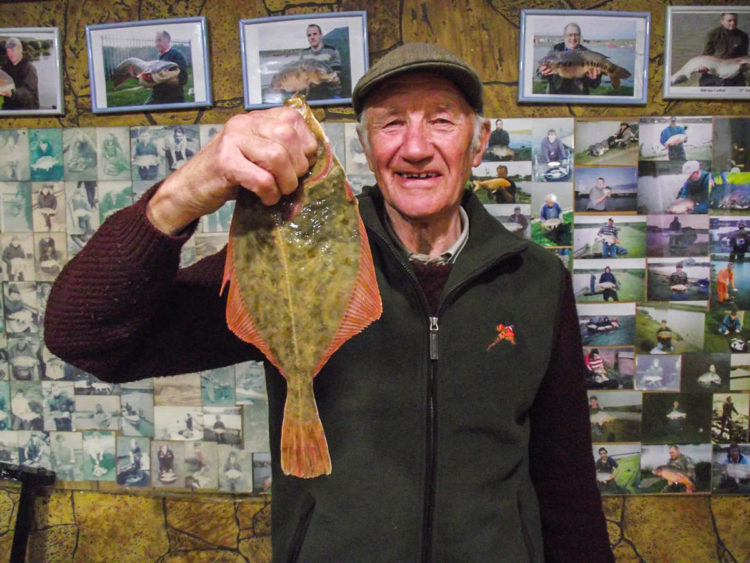 Conditions were ideal and there were plenty of fish about, with stacks of whiting and flatties keeping rods nodding for most of the match. Adie Cooper was one of the first back after the match and kindly helped out with the weigh in, but his best whiting this year was just over 13oz. There then followed quite a few more whiting, all between 7oz and 14oz. Alan Steadman put a 15oz whiting on the scales and held the lead for a short while, before Darren Blythe came back from North Shore with a nice flounder, to weigh in the first fish over the pound mark.

Ian Nelson had rung me during the week before the match, to ask me about Ingoldmells Point. I had told him that over the years, the deep water venue had produced more double figure cod than anywhere else in the area and would always be my personal choice for a larger fish. The only problem being, that the Point had become so built up, there was no longer any free parking. But Ian decided to fish there anyway and pay to park his car. This proved to be a good decision which benefited his dad Gordon, who brought a lovely big flounder to the scales, weighing in at just over 1lb 5oz. Gordon had also caught what turned out to be the only cod of the match, which hit the scales at 1lb 2oz. So the £3 parking fee turned out to be a good investment.

Gordon was now in the driving seat at 6:45pm, with just the Kings Lynn boys still to weigh in. When they arrived, Chippy had a run of the mill whiting, as did Nathan, with Matty not bothering to weigh in. But it turned out that they hadn’t understood the format and that Nathan had caught and released a 35cm flounder. The fish would certainly have weighed over a pound, so unfortunately Nathan missed out on a top three placing. Tough luck mate.

So it was Gordon Nelson who won this year’s match and gave his son Ian a lesson in how to catch fish. Full result as follows:

Did not weigh in – Kev Bebbington & Matty Lake

A big “Thank You” goes to Katy and Adam Cook, who kindly kept Lakeside Leisure and Big Catch Tackle open for us, after working all day. They also made tea and coffee for everyone who wanted it and SPAC is very grateful for their ongoing support. 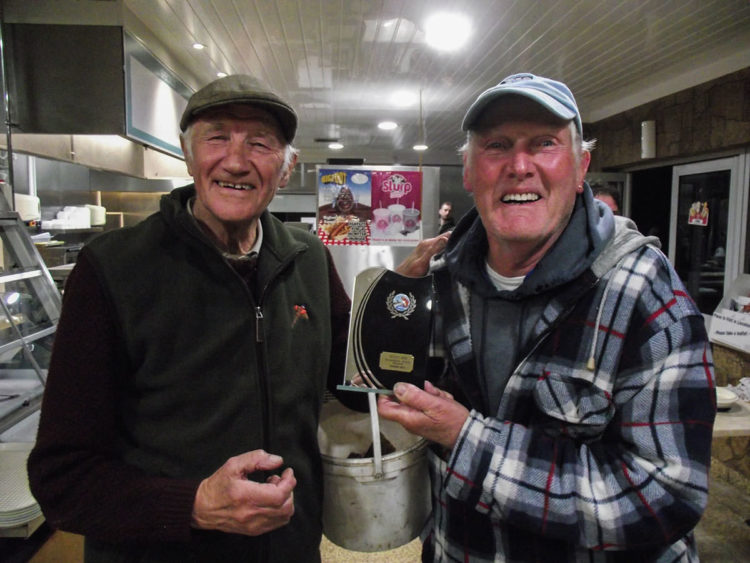 The next SPAC match will return to the measure and release format and will be held on Saturday 24th Nov from 4:30 till 8:30pm at Chapel Point, with Club members fishing for the Dutton Cup. The match is open to all, so why not come along and have a fish with our friendly little Club. The match is being held on a 6.9m tide by the way and there may be a fair bit of run, so make sure to bring some decent leads along! Please pass on to those not on Facebook and please contact SPAC Secretary Chas Tibble on 07984 967988 or chastibble@hotmail.com for further details.