Very sad to report the death of Barry Roper, who was the father-in-law of site contributor Chas Tibble and a long term member of Skegness Pier Angling Club (SPAC). Barry was also a stalwart member of the now defunct Skegness Sea Angling Club (SSAC) and held various Committee posts for both Clubs. He was a highly competent sea angler from both boat and shore, winning many Club trophies over the years.

SSAC had a thriving small boat section and fished regular matches, with sometimes as many as 15 boats setting out from the beach on a Sunday match day. Initially Barry fished the matches from another boat, but he then built a 16ft GRP boat, Sea Sage, in his front garden. There was a long standing family joke for many years, that the only reason Chas married his elder daughter Sue in 1977, was because her dad owned a boat! 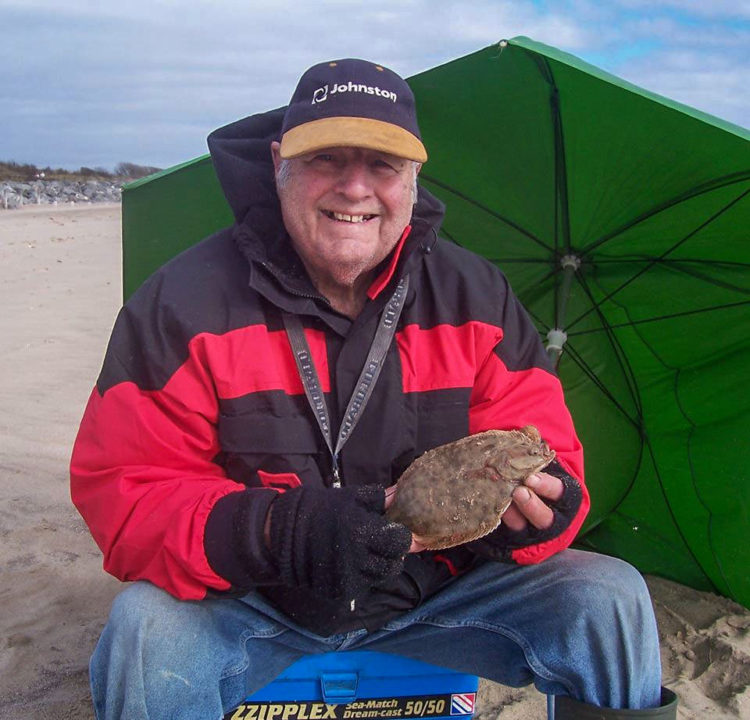 In the early days theye used to launch from the ramp at Winthorpe Avenue. There was no tractor and everyone used to muck in to manhandle the boats through the soft sand to the water’s edge, then reverse the process at the end of the match. Barry was as strong as an ox, but it was a relief when the Club bought a tractor and the launch site was moved to North Shore Road.

Barry’s regular crewman from a very tender age was Dean Sumner (now SPAC Chairman). Chas a went out on the boat on every opportunity whilst stationed at RAF Swinderby. They caught loads of fish from Sea Sage and were one of the most successful boats in the Club Championship. But Barry didn’t use any of the high tech electronic gadgetry to find the fish, just a simple depth finder and an intimate knowledge of his local patch.

They also used to fish together a lot off the shore both locally and further afield, with a long trip up to Thurso being one of the highlights. Both Clubs also used to run regular bus trips and Barry was an ever present on those trips, which invariably involved stopping at a pub or two on the way home. Barry was also an expert worm digger and dug countless yellowtail lugworm with Chas over the years, often in the company of his Border Collie, Badger, who was a particular favourite of Barry’s.

Unfortunately Chas moved further and further away from the town with the RAF and as Deano grew up, he had less time to boat fish. Then the SSAC sadly folded and Barry eventually sold Sea Sage with a heavy heart. He still continued to enjoy his shore fishing however, but in later years suffered badly with the cold and didn’t like fishing in the dark. 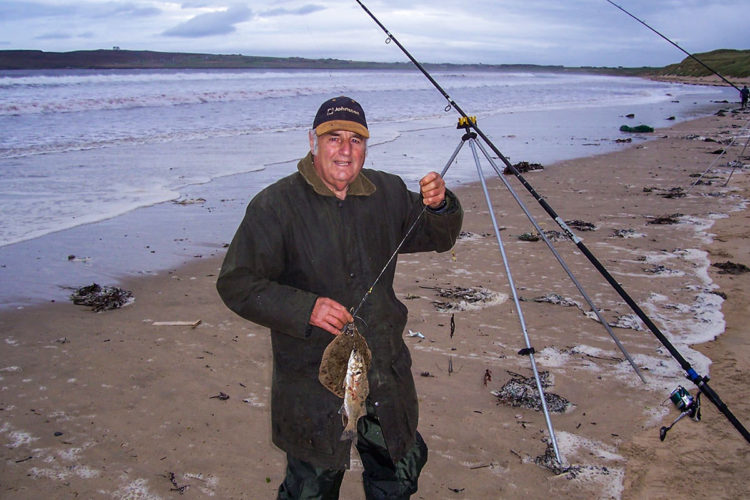 Barry on Dunnet beach in Caithness

Barry continued gardening and cleaning windows for what he called his “old ladies” (he was 84 himself!) even after being diagnosed with terminal cancer earlier this year. He bravely carried on living at home with support from his family and the brilliant NHS, until being admitted to the Scarborough Ward in Skegness Hospital on Thursday 25 October. Despite the marvellous care provided by the ward staff, he went downhill rapidly and sadly passed away soon after 10am on Sunday 28 October. He was warm, comfortable, in no pain and knew he was surrounded by his loving family.

Barry’s Cremation Service will be held at Alford on Thursday 15th November at 3pm. Family flowers only please and donations if so desired to the Scarborough Ward in Skegness Hospital. RIP Barry and may all your yellowtails be shallow ones.