Fortunately for all, My Way’s re-launch earlier this month coincided with a spell of reasonable weather that has allowed us to sail regularly for the time of year. Having only launched 11 days ago, we have sailed on seven occasions, with varying results each day.

Over the weekend of 16th and 17th the forecast wind had shown light southerly winds decreasing, however both days the constant wind speed remained in the high teens, often gusting well over 20mph. Undeterred, and with shelter from the land we managed to sail and catch a number of fish and a variety of species. 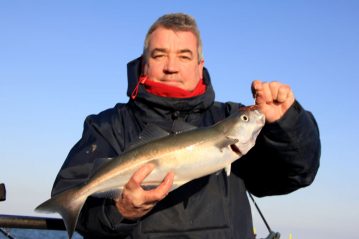 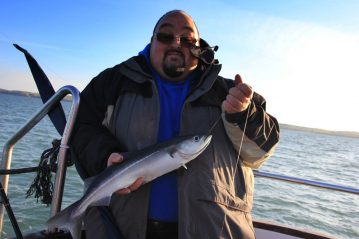 The fishing, although consistent for February in Anglesey, remains hard work at times and a number of moves around the bay are required during the day to keep the anglers catching throughout the time afloat. 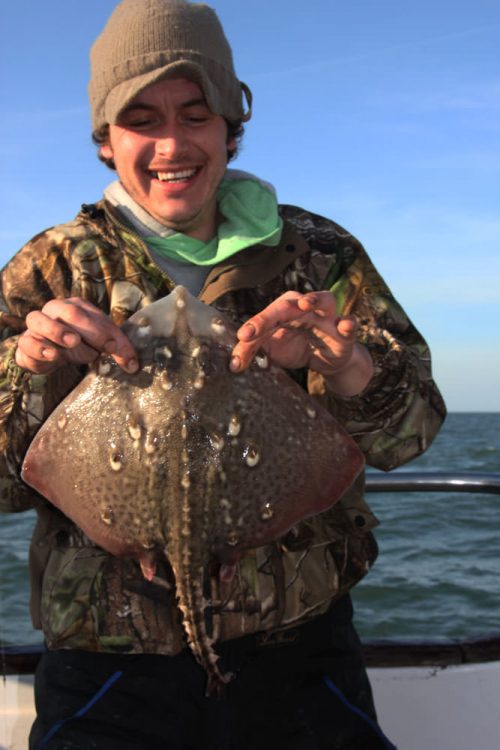 There are a fair number of coalies shoaling around Holyhead, with an average size of 2lb. Not the biggest fish perhaps, but great sport on light tackle and a welcome change from the ever-present dogfish and small whiting. It was nice to see a few lads catch their first ever coalfish when out on a charter. Another first was Tom Jones from Wrexham who landed his first ray, a small thornback on a patch of mud not far from Holyhead Breakwater.

Fishing was similar to the previous weekend with dogs, whiting and dabs making up the bulk of the angler’s hauls although other species such as huss, thornbacks, codling and coalfish made an appearance.

By the 19th, the weather had settled to barely a ripple on the water and with small tides and light winds, we decided on a journey out to the Holyhead Deep in search of some early spurdog. Normally we see the odd fish in February, but tend to leave our spurdog adventures until the middle of March. However, as some of our crew had never landed a spurdog before, our trip had these hard fighting, small sharks as our main priority. 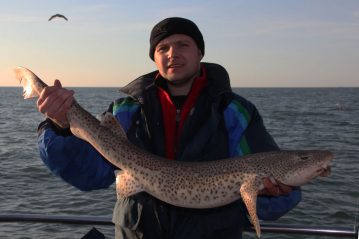 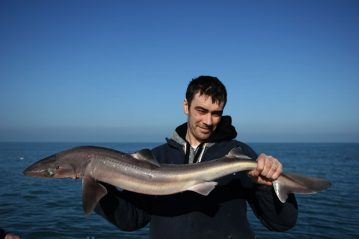 Thankfully, we managed to land a few, with the majority into double figures, Bryn Jones and Ricky Thomas were both able to record their first ever spurdog and Harry Hudson, who had missed out on spurs for a decade or two, managed to snare a couple including the heaviest of the day of 14lb.

Fishing alongside and not directly into a wreck for the spurdogs, Ricky also tried a big mackerel bait ledgered on the bottom and managed to tick off another target of his for 2013, a conger eel. It was just a small eel, but satisfying in being a first. Sadly, though he was snapped on later in the day by something a lot bigger. 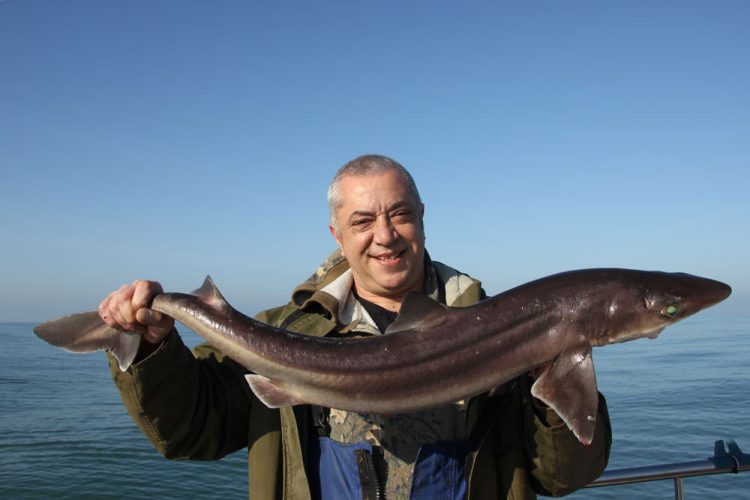 So far, an excellent start to 2013, hopefully good weather and great fishing will bless us all for 2013.