Autumn Fishing Takes Off In Essex

Autumn seems to have arrived far too quickly. The nights are now drawing in and the weather has seen strong winds stir the Mediterranean clear sea that we have seen for last few weeks. However, we anglers are always optimistic and we welcome the new season that is now upon us.

Those smooth hounds that have been a regular catch for the boat anglers are now dwindling in numbers and will be moving offshore in the next couple of weeks. Now is the time for those big bass to be feeding before Winter arrives and with the whiting shoals now in force the bass are feeding on them! 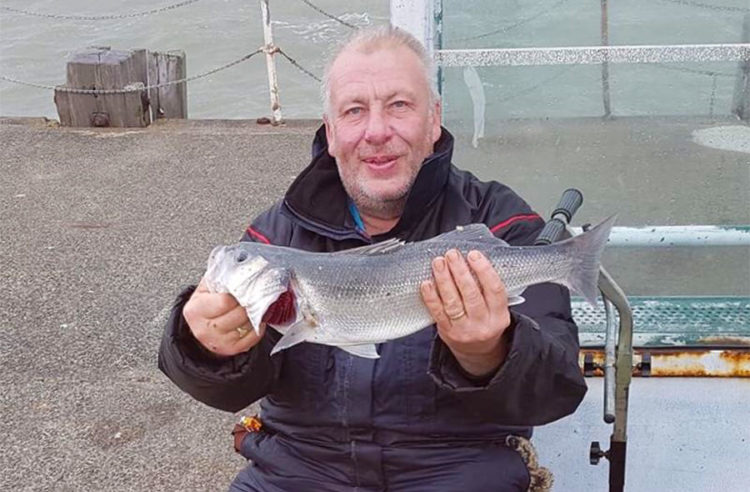 Andrew Lock with a bass from Clacton Pier

The Autumn run of thornback ray has started in force with both beach and boat anglers having good sport with rays to double figures being caught. No sign of cod to speak of, it was only two years ago marine conservationists hailed the return of cod to the North Sea when reports suggested there were 152,000 tonnes in the region. How they could say that is beyond me, as we have struggled to see any significant catches in the last ten years! It is a shame that the powers that be don’t talk to the fisherman that know what’s happening in the North Sea, I certainly haven’t been contacted.

This week has seen the Thames Estuary whiting arrive in force with beach and pier anglers seeing whiting caught in numbers on the evening tides; they seem to be slightly bigger this season and well worth targeting.

My outing this week was an evening trip to Walton Pier. I was greeted with high winds and rain but undeterred I headed for the middle section of the pier. The thornback ray and dogfish were feeding and I lost count of how many dogfish I caught and as the tide eased the rays fed well.

I landed seven to 10lbs and an unknown fish that took half a bluey bait on a 6/0 pennel and nearly took the rod over the pier rail! Sadly, the mysterious heavy weight wasn’t hooked, but my thoughts are a very big bass or a conger eel. 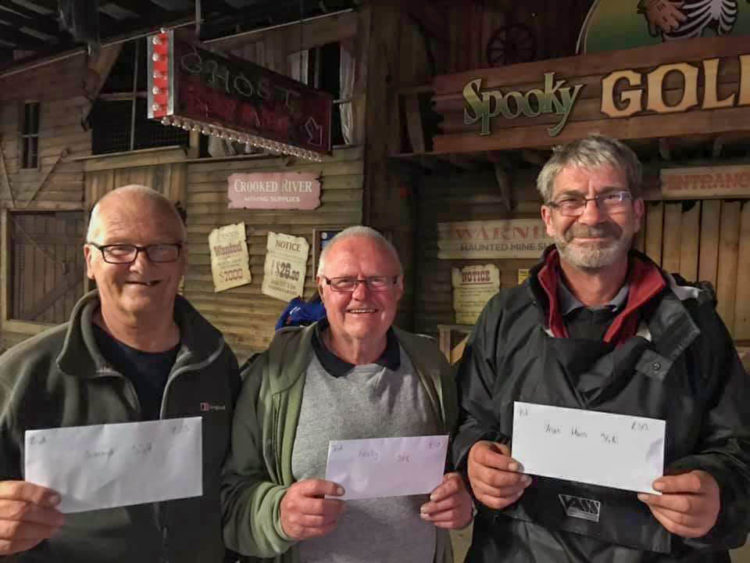 The Walton beaches are seeing soles and bass being caught either side of the pier after dark.

Colchester Sea Angling Club headed for Felixstowe for their league match. 16 anglers fished a breezy day at Landguard Reserve and with a strong tide running and plenty of weed the fishing could have been difficult. In fact, it proved to be quite the contrary and all anglers caught fish including pouting, thornback rays, bass, and eels. 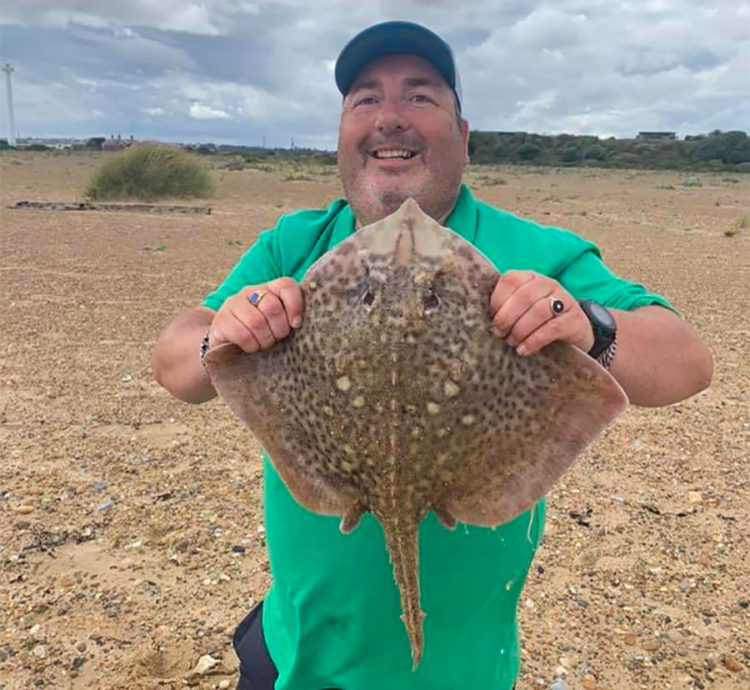 First place went to the in-form Nik Highfield with a mixed bag of fish for 12lb 7oz. His catch included the heaviest round fish in the form of a 5lb 10oz thornback ray. A close second was Phil Buy 11lb 14oz and Mick Bradley was third with 11lb 6oz.

In the air, on the beach and under the sea at Embo for flounder