The nights are now really drawing in and the Autumnal north winds are cooling things down somewhat. Most of our Summer species are still with us and, there are reports of some good-sized bass from the beaches and piers along with plenty of thornback rays.

The sole fishing seems to have come into its own this month with the Walton beaches seeing more than most. The Eastcliff beaches towards the Naze end have fished well, anglers reported soles, thornback rays and even the odd plaice.

The Burnthouse area towards Frinton has seen plenty of school bass along with the odd bigger fish and dogfish and even a thornback ray or two.

Local angler Mick Smith fished a daytime ebb tide here in the hope of a big bass. He fished bluey baits only a matter of 30 yards out and on the last cast of the day he landed a 4½lb bass. Mick has also had great success fishing lures for bass throughout the Summer. 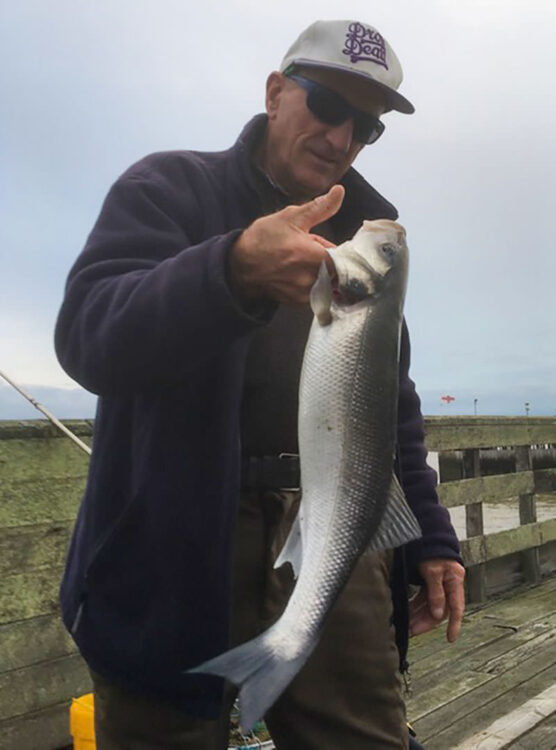 Walton Sea Angling Club held their first match of the season on the local pier. They fished an evening flood tide and the fish were feeding. 13 anglers fished and whiting, pouting, codling, dogfish, dabs and rockling were caught.

My trip this week was also on the pier. I cancelled a late-night weekend trip because of the bad weather and headed for the top of the pier to fish an afternoon tide. The fish were really feeding, in my four hour session I landed six thornback ray to 7lbs, in between landing rays there were plenty of whiting and dogfish to be caught.

Another conger eel was hooked from the stem of the pier and once again was lost as it snapped the angler’s hook trace. There seems to be a trend of anglers hooking and losing conger eels over the last few months, not usually a fish we see much of in recent years although in the 1960s/70s we saw plenty of conger eels in the 7lb range caught in the month of October. School bass are being caught from the Frinton beaches and after dark soles and thornback rays are feeding.

Along to the Holland on Sea beaches and there seems to be whiting everywhere with more rays showing on the night tides.

Colchester Sea Angling Club fish their Beach Championships on the Holland beaches. 14 anglers turned out in atrocious conditions with relentless wind and rain. However, undaunted, all anglers caught fish!

Codling, whiting, pouting, eels, dogfish, flounders, dabs and soles were prevalent. First on the day was Steve Yallop with 7lb 4oz, second place went to Rob Tuck with 6lb 9oz and third was Lawrence Chisnall with 5lb 8oz. The heaviest fish prize was shared between Lawrence and Chris Mills with a dogfish and bass of the same weight, 1.75lbs. 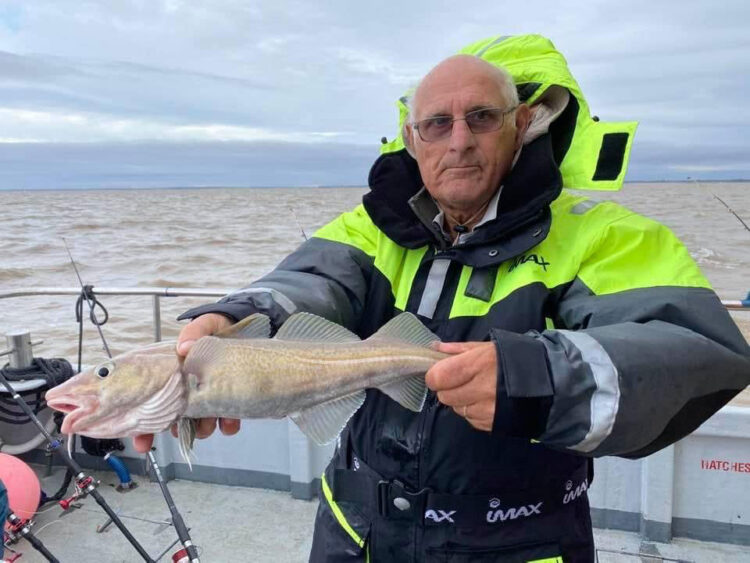 Clacton Pier is also on song with rays, whiting, bass and dogfish. Steven Walsh had a seven hour night session here, he reported that the whiting were feeding, he caught over 30 along with dabs, dogfish, a sole and topped it all with a 4lb thornback ray.

The boats are seeing a few more codling his week, but not really enough to get too excited about, still plenty of bass to 7lbs and plenty of thornback rays into double figures.