The Lancashire weather has been very up and down this week and has affected the numbers of anglers out fishing. That’s being said there are still some good fish about. Bass, sole, dogfish, whiting, rays and the odd codling appeared at the back end of this week as the wind turned to the west.

Dale Edwards fished the Point, 3½ hours up and two down. Dale had three codling, six dogs, five whiting and lost a decent conger in the backwash. His fishing mate spotted the conger and estimated it weight around 8-10lb. Dale’s mate had a similar bag plus a small thornback.

Dave Brown headed out after work on Tuesday evening and headed down for low water to fish the flood. On his first few casts he had dogfish so dropped my distance to 40yds in the surf hoping for a bass instead Dave had a few half decent whiting. As the tide flooded the wind picked up and so did the rain, he then noticed a big slack line which produced his first codling of the evening. Dave ended up with four cod in the end, three of which were keepers. 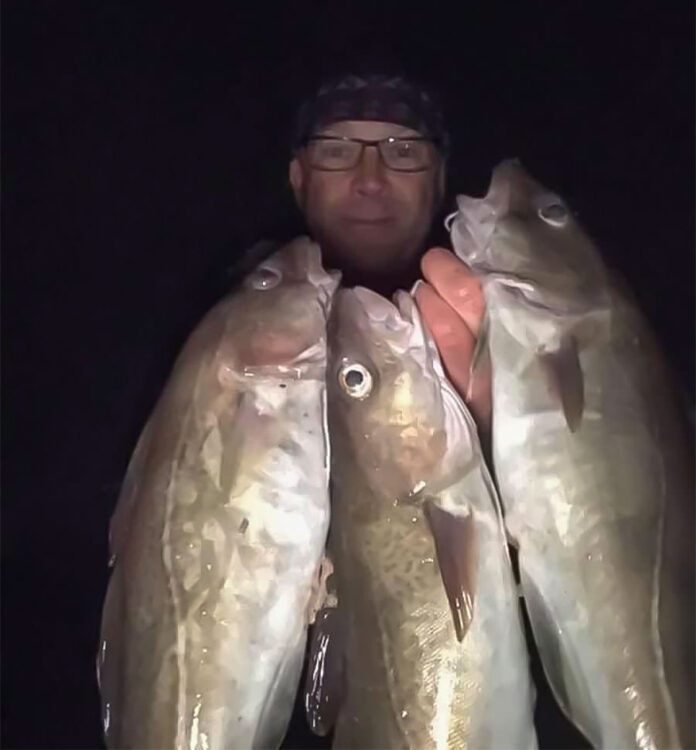 Dave Brown with his keeper cod

Fleetwood and District Angling Club were out at Five Bar Gate where the fishing could have been so much better had the wind not been in the north.

Even so more than half the twenty six anglers caught fish; whiting, plaice, dab, flounder, sole, bass, dogfish and smoothhound were all caught.

Trevor Barnett had the best bag by far having ten fish from off the Slabs, fishing at the end of the venue up towards the cafe. Alan Smith had the largest fish, a bass of 45cm .

A variety of baits produced fish, although black lugworm probably took the most fish. 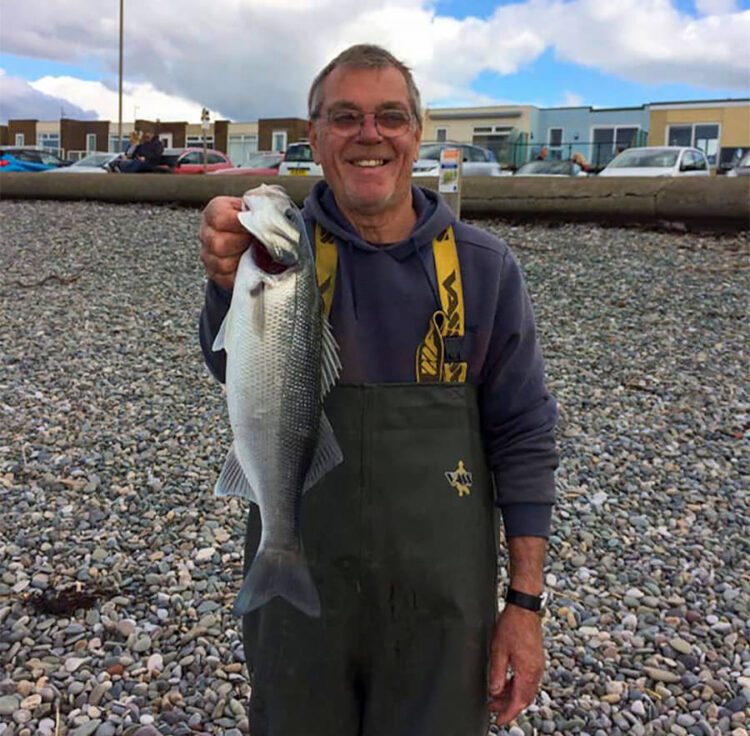 Alan Smith with his bass

Next week sees a road trip out to West End beach, Morecambe on Saturday.

Thanks to Ray for being on hand to take Alan’s photo and to John Hodgson for other photos.