Another slow weekend, but we now expect this in the run up to Christmas as previous years have showed there is nothing very big to be caught.  This trend will probably also run through the first month of the New Year as well.

Whiting and dabs have predominated again with some rays as well.  Clacton Pier seems the venue to head for if you are intending on catching rays as it seems to be a holding area for them and once again this week thornbacks have been caught, with fish being caught on both day and night tides and squid baits are catching the most.  Plenty of dabs are also showing in the calm conditions that we have seen this week. 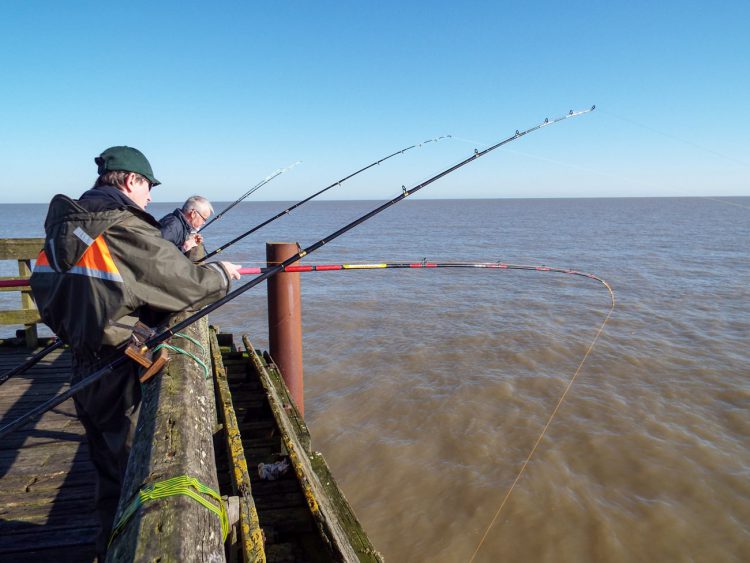 St Osyth beach has also seem a few thornbacks caught from around the Nature reserve, although small whiting can be a nuisance here devouring baits quickly that are intended for bigger species.

The Clacton and Holland beaches have been slow, with only small whiting and a few dabs to be caught.

The Walton Pier Club held their Christmas match on the local pier in thick fog and flat seas.  19 anglers fished and 151 fish were weighed in.  Whiting, dabs and rockling were the main catch.

Walton Sea Angling Club will once again be holding their annual Boxing Day competition on the pier, fishing from 10am – 12am.  This is always a well- attended match with a great raffle afterwards, so even if you are not fishing come along and blow those Christmas cobwebs away and join in with the raffle.

The boats have also had another quiet week, still plenty of whiting, some bigger thornback rays are showing plus the odd big bass.