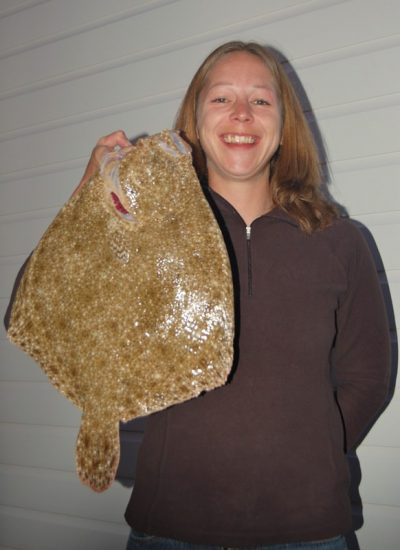 Alderney Angling Festival report: October’s highlight is the ‘Alderney Angling Festival’ fished on the spring tides at the end of the month. But after an excellent first weigh in, we were brought back to earth with a bump, as the fishing failed to live up to early expectations. The weather gods were not kind to us: in addition to driving sleet and near gale force winds, we were confronted with a depressing cold front and dropping air pressure, all of which combined to present week-long challenging conditions. Many marks including the Breakwater were unfishable.

It was frustrating to hear it muted that some anglers felt the Festival had been held too late. This is simply not the case as it was held at the same time of year that it always is, and on the best possible tides. As a general rule Alderney enjoys some fantastic fishing from August through to January, but it’s just a fact of life that you cannot hit the dizzy heights every single time.

Some anglers did catch plenty of fish, with lots of black bream, red mullet and sole prominent. Inexplicably, these fish tended to b of a smaller average size than normal. Thick lipped mullet and golden greys to 2lb and good bull huss were very achievable. Derek Spears’ 49lb tope from the Breakwater (he had another of 38lb!) was superb, while Keith Quertier’s huge 3lb 3oz Red Mullet is another stand out. There was a 9lb 11oz bass caught, but worthy of special mention was the 8 pounder caught by Alan Eastwood on a plug. The Festival results are at the bottom of this report. And while this year’s festival may have evidenced the worst in 23 years, there were still some excellent fish caught, and a good time was had by all.

2009 Festival: If you are interested in fishing the festival next year the dates are 17th October till 24th. The Festival is basically a specimen hunt with 9 categories to aim for, so you can vary the species you target to suit your skill level or to fish for species you like to target. The top 5 fish in each category at the end of the week win cash/prizes ranging from £150 down to £75, plus there are cash payouts for the other nominated winners. The overall winner is the angler with the most fish on the event board, even if they had their fish knocked off during the event, total %’s are tallied to determine the winner. You need to book accommodation, car hire and flights in advanced, call us at the shop and we will help all we can.

Shore fishing: The rest of month has seen reasonable fishing. We had guests staying at the B&B just before the Festival who managed soles to 2lb, mullet to 5lb, and some good red mullet. They also caught and returned a 3lb 3oz tub gurnard that would have more than doubled the Alderney record. Small eyed rays and tope to 31lb have come from the Breakwater. Bass to over 10lb from marks around the harbour on big baits, and one local has had wrasse to 5lb 14oz. The same rod reported sighting a porbeagle working very close to a deep water rock mark. I feel a shore porbeagle trip going to happen when I get back from holiday!

Boats: Very little boat activity now. We have enjoyed some success with big blonde rays to 25lb but have learnt that 30lb gear is too light. We have now lost three large rays due to tackle parting, and need to beef up our gear. Commercials report huge blondes topping 50lb, so there is clearly record-breaking potential. We also caught a mixture of the other usual species suspects.

Kayak: Three of us did an anchoring session on the edge of the Swinge for a night tope. I managed eight species, including triggers, cuckoo and corkwing wrasse. Dick and Matt had huss and conger but no tope. Another kayak target is to clobber the Channel Island record for mullet. Roy Repton holds it with a modest 6lb plus fish caught from my boat three years ago. That’s not even close to what it could be, and we aim to rectify that from the kayaks before the New Year.

Charter news: If you read this column on a regular basis you will know that Colin Dukes of the ‘Smuggler’ charter boat fame has moved his business to Alderney. Bookings at £450 per day are going fairly quickly so if you are planning a trip over then get in touch with him on 07974 437740. The extra bit of news I do have is that he is now fully sponsored by tackle giants Daiwa. Colin will have a full range of Kenzaki rods at his disposal and Saltist reels too. That will cut down on your tackle to bring over and still use quality gear.

Thanks to all the visiting anglers who help keep the economy alive for the watering holes and guesthouses alike. Tourism is a big part of the Alderney coffers, and we hope you have had some terrific fishing this year and come again.

Best Channel Islands Angler: Dick Smith. This title is highly coveted amongst Channel Island anglers and involves some serious insomnia to win it. Incredibly, Dick has won this title 6 times since 1998.

Best UK Angler: Steven Hazell. This was the first time Steven had fished the Festival and his old man was chuffed to bits.

* No black bream or sole/plaice over the respective qualifying weighs of 3lb and 2lb 4oz were weighed in.