November is traditionally a good month for the local fishing but sport was below par this time around. The weather is largely to blame with strong to gale force SW or North winds for the most part, making rock marks dangerous and restricting any sort of fishing. Most of our small population of anglers are also well and truly burnt out on the back of the week-long Alderney Festival.

Big tides at the end of the month brought anglers from Guernsey, Jersey and the UK. Fishing results were not fantastic but conger to 33lb and double-figure huss were caught. These fish were largely incidentals caught by anglers targeting tope to 35lb which were landed from the shore.

The easier marks were hit and miss. Black bream remain in good numbers but these are small fish compared to previous years, with very few fish over 2lb 12oz. Normally, we enjoy a second run of very good November bream. These fish move down the Channel from the east on the way to western wintering grounds. 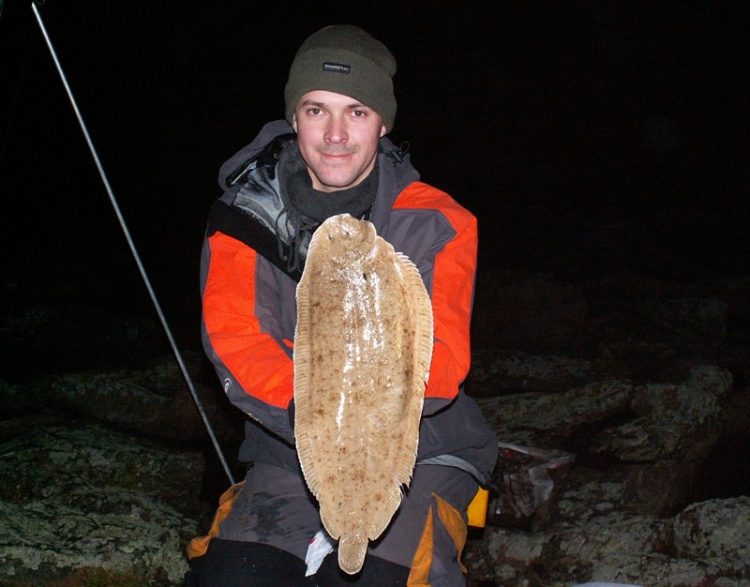 Bass have been a fairly safe bet. Several fish to topping 9lb have been caught but no double figure fish so far. However, anglers in the right place at the right time have intercepted passing bass shoals and enjoyed some spectacular catches. Baits have proved more reliable than lures over the period. But I enjoy fishing with plugs and shads and have massive confidence in their abilities to deliver bass.

Some sole taken – the best weighed 2lb 7oz. Red mullet have proved an infrequent catch, which is unusual as decent numbers can normally be relied upon during November. We should get another crack at these over the Christmas period. Odd codling reported also.

The signs are good for thick lipped mullet with several good shoals sighted. Hopefully by the time you read this we will be well and truly among them. Best thus far was 9lb 3oz cracker caught just before dusk. Sea temperatures are down on this time last year, so that could well drive the shoals southwards across the Channel. This hasn’t occurred for two winters. Plenty of big gars around, plus the usual spread of pollack and ballans.

Boat sport has been severely restricted due to the weather but as I have reported in the past there is a distinct lack of winter boat activity anyway. Any fishing afloat will be done in my kayak now. The one trip a friend and I did manage resulted in steady bream, wrasse, red gurnard and a tasty brill around 3lb.

December is normally still a very good month for shore fishing so if you fancy a trip over just drop us an email. Mullet will be top of most anglers’ agendas, but we still get all the other species mentioned above. Many thanks to those of you that do visit and take all the good memories back with you. Just leaves me to thank you for taking the time and trouble to read my reports throughout the year, wish you all a very merry Christmas and a prosperous New Year.