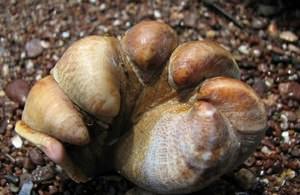 The MMO is advising all marine users that the release of live or fresh slipper limpets (Crepidula fornicata) into the wild is an offence.

The slipper limpet is a marine mollusc and is a non-native species in the UK. They can starve and smother native shellfish and compete for food and space with oysters. Damage to shellfish by slipper limpets can affect the ability of fishermen to sell their catch, particularly oysters mussels and scallops. See information on the slipper limpet on the GB Non-native Species Information Portal (GBNNSIP)

The molluscs are already established in South England and South Wales although they are not currently prevalent in the North of England.

The release of slipper limpets to the sea is an offence and must be avoided in order to protect shellfish beds that are currently free of this species. This includes the use of live or fresh slipper limpets as an angling bait, or disposal at sea, which may allow the escape of eggs and larvae into the marine environment.

The obvious answer for sea anglers is to freeze them first before using as bait, they keep well frozen and fish just as well.