The Council of the European Commission today has adopted measures to help sea bass recover. For recreational fishing, which accounts for 25% of sea bass mortality, the decision will mean the introduction of a limit of three fish per day per angler.

Sea bass is a very valuable fish, on which many fishermen, especially small fishing enterprises, depend. With over 1.3m recreational anglers in France and another 800 000 in the UK, many thousands of jobs also depend on recreational fishing.

Recent scientific analyses have reinforced previous concerns about the state of the stock and advised urgently to reduce fishing by 80%. We are witnessing a rapid decline of sea bass that risks leading to a collapse if no action is taken.

The daily limit on recreational catches complements the emergency measures which the Commission adopted earlier this year, and which targeted pelagic fisheries. 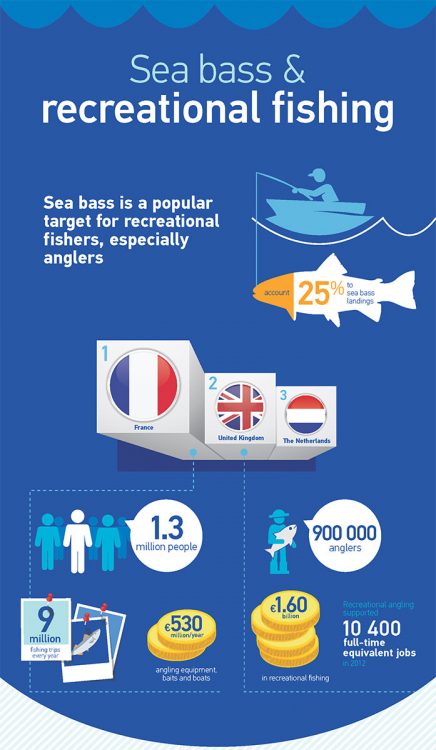