Manx Boat fishing recently made a donation to Isle of Man Breast Care following its recent three-day festival. The decision to support this charity was made by MBF’s Administrator Jamie Hinchliffe after a donation was made by a couple of competitors the previous year, it became more obvious to Jamie that continued support for the charity was needed as it became apparent that more and more people he knew have in one way or another been affected by this disease. Jamie made contact with Sharon Maddrell the chairperson of the Isle of Man Breast Care and told her of his intention to raise money for them, by selling fish measures for tackle boxes and holding a huge raffle during the festival.

With very little arm twisting Jamie was able to talk friends Michael Emery and Edwin Jones into donating any prize money that they won so long as he fished the competition with them. The next few months were spent approaching local firms asking if they would either make a donation or give a prize for the raffle to be run during the festival, the response was terrific with not only companies supporting the event but the general public as well.

Jamie would like to take this opportunity to say thank you to everybody who has supported us in raising such an amazing amount of money for the worthy cause. While Sharon Maddrell was unable to attend the cheque presentation Paulene Lamb gratefully accepted the fund boosting sum. 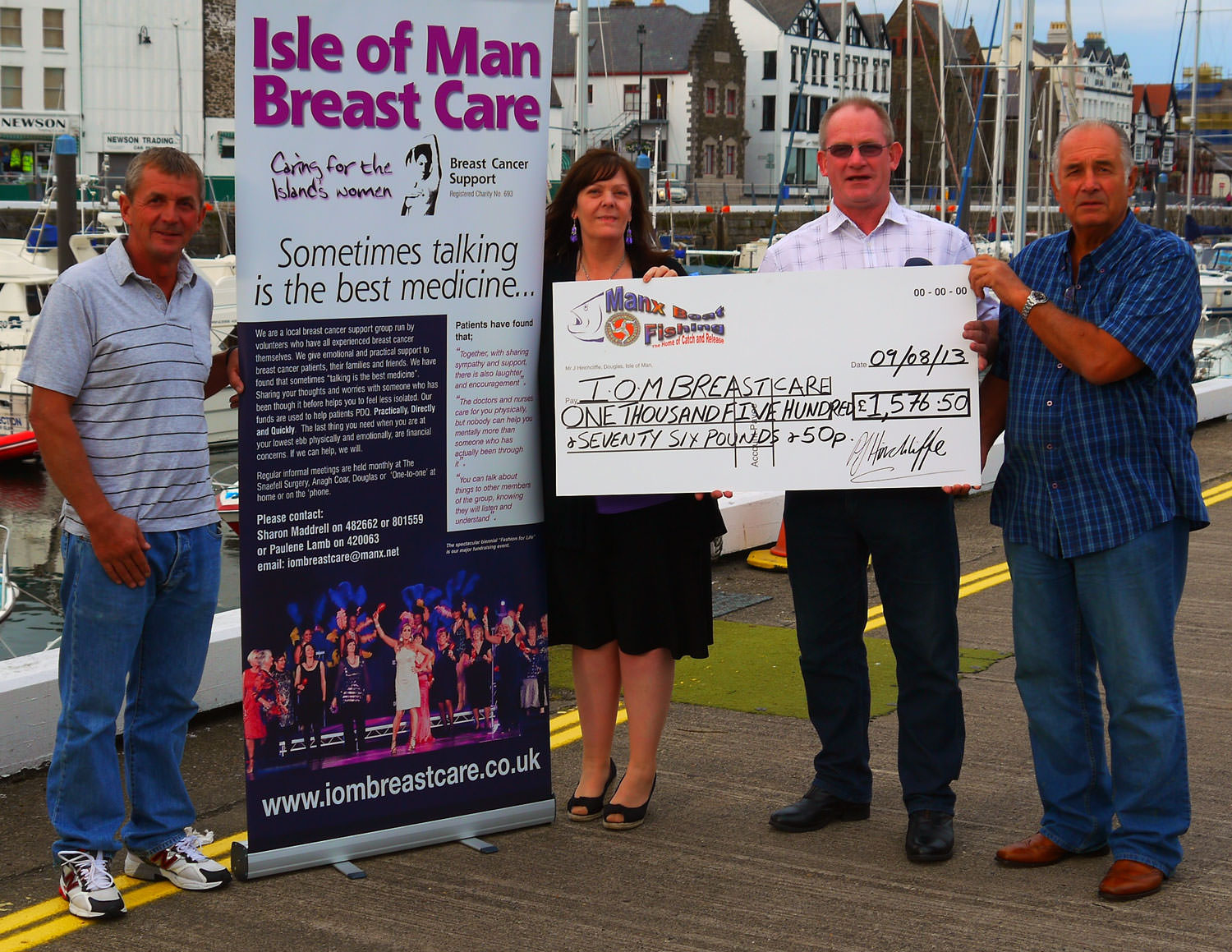 “Isle of Man Breast Care is a small local charity that is dedicated to helping breast cancer patients and their families in the island” said Sharon. “Our funds stay on island and go to those who are struggling financially or need practical items to help them. We have given over £15,000 to patients in the last 7 years. Examples range from paying for a terminally ill single mother to take her daughter on holiday to buying new glasses for a lady and with such a generous donation as this we will be able to continue doing so into the future.”

If anyone has been affected by this then please take a look at the Isle of Man Breast Care web-site it can be found at www.iombreastcare.co.uk or you can contact them on their e-mail which is iombreastcare@manx.net

Manx Boat Fishing will continue to support this charity next year and hopes to raise more money to help them.