Last Thursday night members of Lancashire Sea Fishing Facebook Group, Mark Thompson, Steve Elton, Steven Prior and Alex Mackenzie fished over low water at Clevelys. They found the fishing very slow, with the only fish of note a plaice for Mark on fresh worm. However, at low water Steve Elton caught a cracking bass around 6lb on fresh black worm. 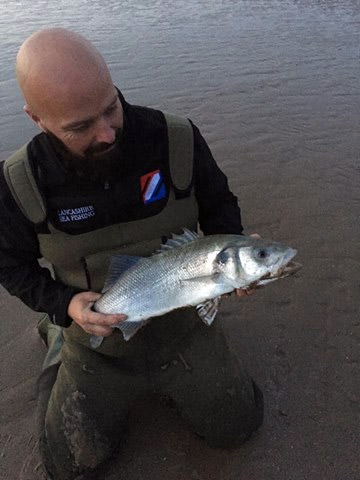 Last Wednesday Martin Foxcroft fished the high tide on Gynn Wall and found that the fish did not come on until well into the ebb. He ended up with a bass and a plaice, both fish took crab baits from Bispham Angling. 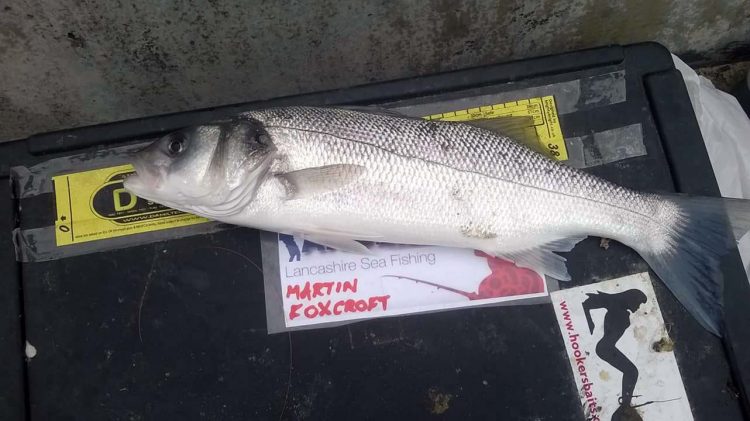 Carl Berry fished from his kayak last Friday and reports it was an excellent day on the water off Clevelys. He landed dabs, whiting, a couple of small gurnard and some great plaice returning about 50 dabs.

Last Saturday Joe Farmer caught flounders on the stairs near the pleasure beach/glitter ball area at south shore. The first two were on fresh peeler and one at last cast on worm.

Last Saturday Martin Foxcroft fished Liverpool river, the Mersey. He fished with his daughter and they fished two hours down and two up at Perch Rock. They had mainly small flatfish and whiting. There were a few dog fish caught further down from them. A move to the Mariners at high water failed to produce the target thornbacks although pin whiting kept them active and one thornie was landed by and adjacent angler. 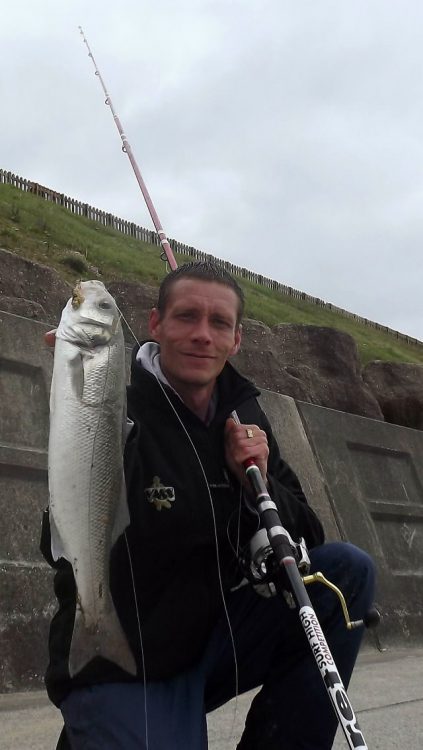 Blackpool Boat Angling Club member Alan J Taylor launched about an hour into the flood with crew Andy Taylor and his older brother James back home for the holiday weekend. Lots of boats were out a good few lurking around the North Pier as they ran up to the Norbreck area. Not quite enough tide run for Alan’s liking on the inshore marks and though a few smuts showed up, there was nothing like the numbers or size you would expect at this time of the year. They moved further off for a bit at had a go feathering but neither mackerel nor tope showed up.

The crew ended the day with a dozen smuts to about 7lb, a couple of bull huss, codling, dogs, dabs and a surprise gar-fish on feathers. Alan has not had one of these for over 10 years though they are commonly seen on the surface.

Stephen Richardson, also of the boat club, fished last Saturday well offshore. Although he had four or five good runs and three bite offs he failed to connect with a tope. He did have loads of smoothies, dogfish and huss together with a small thornback and even found a few mackerel.

Bryan Bimpson of Fylde Boat Angling Club reports that he had an enjoyable day out on the boat with four launching thanks to Darren and Stuart Britchfield on the recovery. He had plaice and smoothhounds while Joan had a hound and a huss. They also caught whiting, dabs, codling and dogfish. They were using black worm, crab, mackerel and squid for bait. 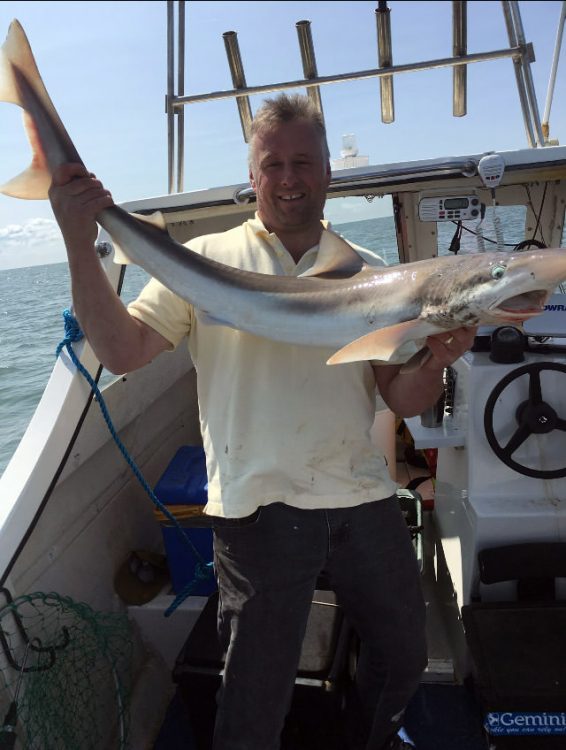 Wyre Boat Angling Club member Andy Whiteside boated a tope of 40lb during a recent trip. Last Saturday David Lynagh had a great day on the boat with Mark Yule. The best fish of the day were the bull huss with tope failing to put in an appearance. They also had dab, hounds, mackerel, tub gurnard and plaice.

Another club member, Kevin Fletcher, launched last Saturday Joe Green and fished the flood off Clevelys. They had load of fish with species including huss and smoothhounds in to double figures. Most of the fish where caught using fresh peeler crab and squid.

Fleetwood and District AC fished a match on Sunday when they found it hard work with settled weather most of the week and the wind mainly in the east and with daylight fishing being terrible on the open beaches. Halfmoon Bay at Heysham was a new venue for the club and they fished an hour and a half down to low water and then two hours up on the flood. It is sandy venue with a good ten minutes’ walk to the water line. Although it has a fairly good reputation for a few different species today was an off day and only three anglers caught fish.

Ray Rodger took top spot with a good thornback ray 56cm across wings, on a sandeel and squid wrap. In second was Hughie Porter with a 33cm plaice and the last angler to catch was Hughie Simpson, with a 29cm dab.