May 17, 2017, a day that will be etched into my mind forever.  That was the day I went fishing with Rampage Fishing Charters in Key West, Florida.  It is also the day that I scratched another fish, actually two fish, off my bucket list.  My goal, was to catch yellowtail snapper, one of the best eating fish around.  As this fish is not found in the North Atlantic, I needed to head south to Florida; Key West to be exact, to catch one.

Before leaving on my trip I searched the internet for fishing charters that could help me meet my goals. While I found many, most specialised in offshore fishing for marlin, mahi and wahoo, and charging an arm and a leg for the pleasure of fishing with them. I couldn’t afford this style of fishing.  Even the in-shore charters were out of my price range and wouldn’t hit my yellowtail snapper target.

Rampage Charters to the Rescue

Just when I thought all hope was lost I found Rampage Fishing Charters.  Unlike the other charters who charge by the boat, Rampage charges by the head. 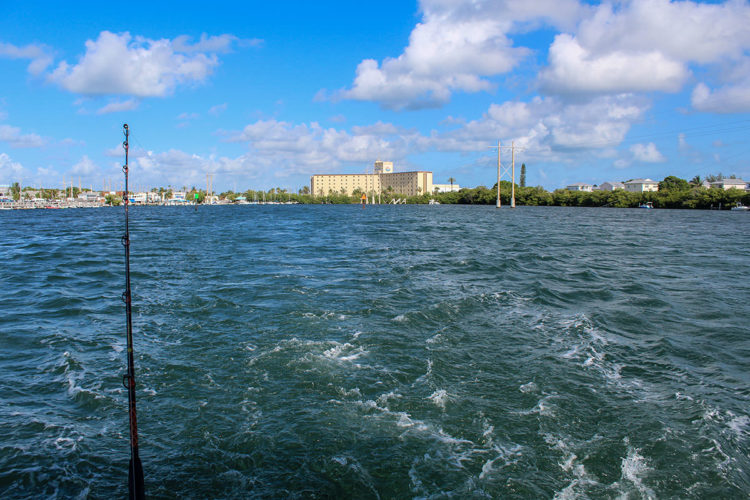 This means that you only pay for your own passage and not for the boat with the hope you get enough other anglers to go in with you on the cost.  So for $149.00 US you get 3-4 hours on the water (with most of that time fishing), the use of the ship’s gear, all your bait and your fish cleaned and filleted.  You can’t beat that with a stick so I jumped at it.  The other good thing is that they only take six anglers out at a time.  This translates into plenty of room on the boat. 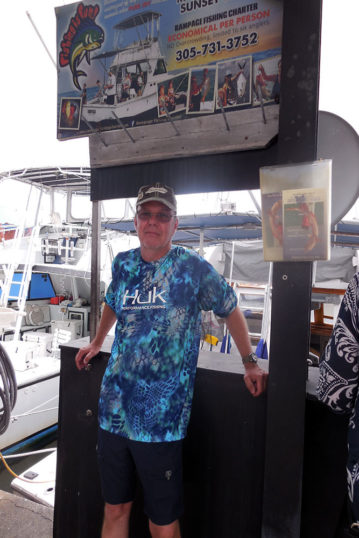 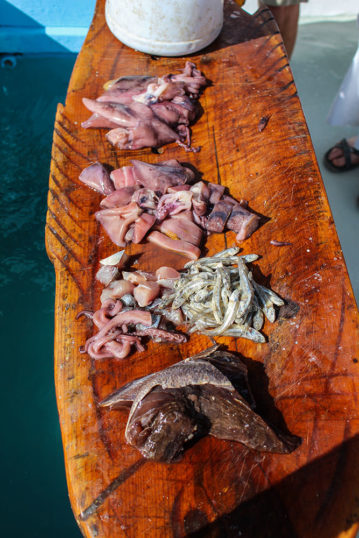 I was at the dock at 9:15am and we were all loaded and heading out of the harbour half an hour later.  The boat was full and it just so happened that two of the other anglers on board were from the United Kingdom.  It is funny how things work out.

Within 15 minutes we had our lines in the water.  While the other anglers fished on the bottom for grouper, pogy, white snapper and perhaps even a shark, I concentrated on fishing for yellowtail snapper. 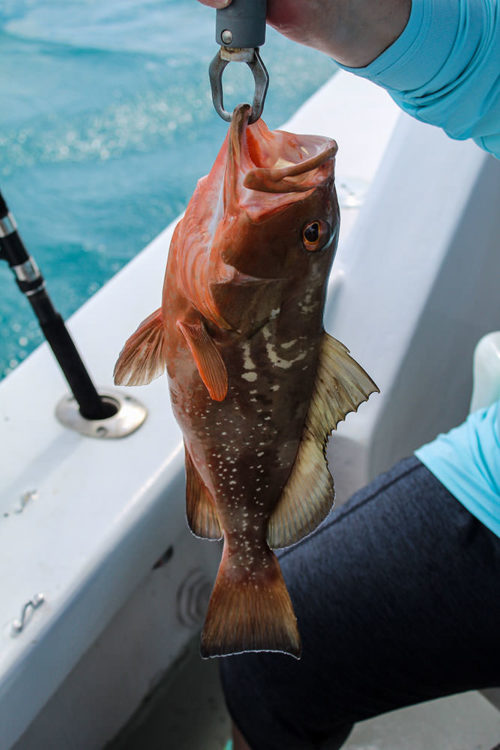 The rigs for ground fishing consisted of spinning tackle.  The reels were either Penn 3000 or Penn 4000 spooled with 20-30 pound test monofilament with a 12 pound test leader.  This was attached to a medium-heavy six foot rod.  Due to the boney mouths of these fish a circle hook was used for easy hookups.  The baited hook was kept on the bottom with a ¾ ounce lead weight.  The bait being used was a mixture of cut squid, pogy and blue runners.

My yellowtail rig was a bit different.  I was still using spinning gear, but my reel was spooled with 12 pound test monofilament coupled with a 10 pound test leader.  My hook was also a circle hook, but I had no weight on my line.  I needed to feed the line off the spool and let it drift with the current.  This was no easy task as we had a 20 knot wind blowing on this day.  Not ideal for the fishing I was doing, but I did it anyway. 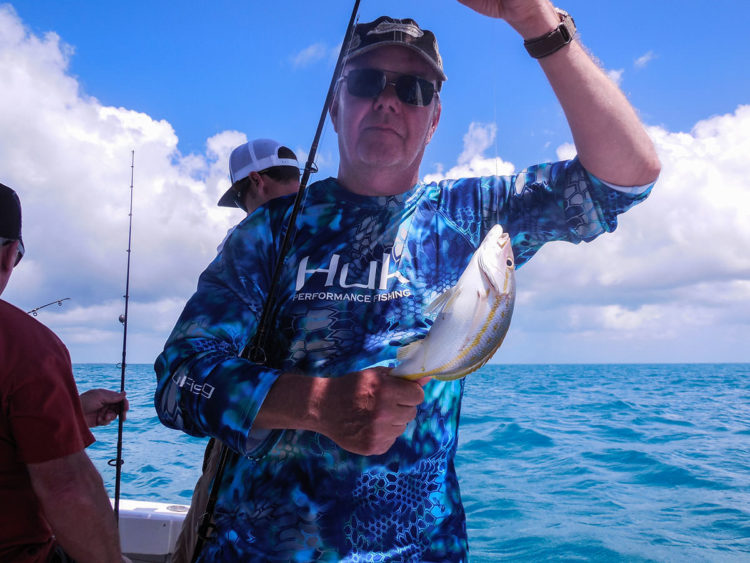 Dana with a yellowtail snapper

It didn’t take long before the other anglers started catching fish.  People were catching pogy, red grouper and white snapper left and right.  Most were keepers, but none of the groupers were large enough so they needed to be thrown back.  All of this was happening in about 30 feet of water. 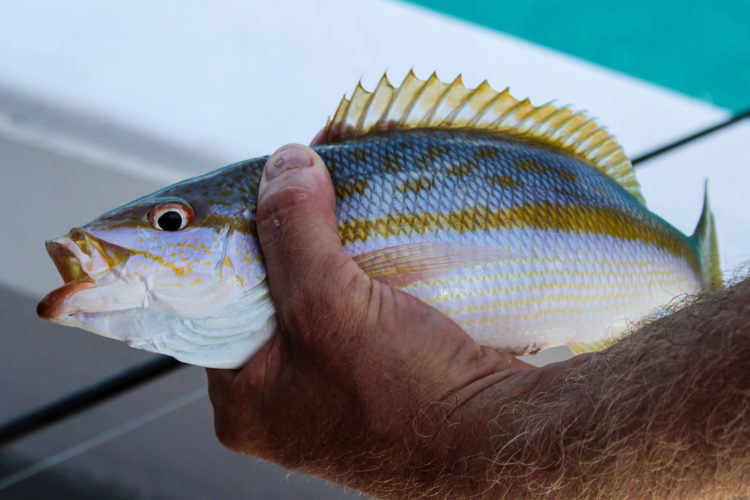 One of Dana’s yellowtail snapper

I stood and watched with nothing happening on my end.  I was fishing as instructed by our mate Shane, with the bail on my reel open continuously feeding out line.  Then all of a sudden the line started flying off the reel on its own.  Closing the bail I lifted the rod tip and let the fish set the hook.  The fight was on.  Soon I had my first yellowtail snapper on the boat.  I re-baited the hook and let the line out again.  By the end of the trip I had caught four keeper yellowtail snapper and three good sized blue runners, also candidates for my bucket list.

The catch of the day was caught by one of the anglers from the United Kingdom.  While we were fishing, Shane had put out a heavier rod spooled with 80 pound test braided line coupled with a 60 pound test leader.  Onto the large circle hook he impaled a very large piece of bait.  This bait had been sitting on the bottom for a while when all of a sudden the rod bent.  The closest angler, who happened to be out only female member, put down their rod and grabbed the heavy gear.  After about a five minute battle she hauled up a nice eight foot nurse shark which was released shortly after getting it to the boat. 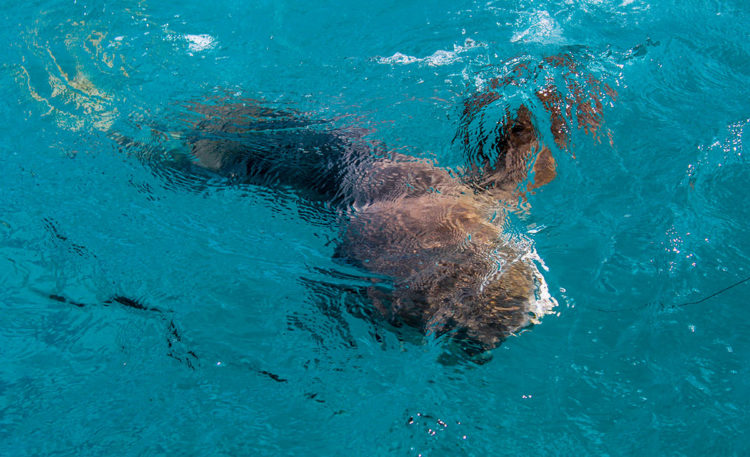 Soon it was time to head in.  We had a good day.  Once back at the dock Shane cleaned and filleted our catch.  Mine promptly went into the freezer at the hotel. The next day I packed the fish into my Yeti Hopper cooler and headed to the airport.  I left Key West with fish fillets and great memories.  Isn’t that what it is all about?