Scarborough’s Marine Drive is a shore mark that has seen major changes in recent years. Steve I’Anson gives you his recipe for success on this productive cod venue.

This once jewel in the crown of the Yorkshire fishing scene has seen a dramatic change in both face and fortunes in recent years. The Marine Drive is part of a headland that divides Scarborough’s north and south bays. Built 100 years ago, the ‘Drive’ as it is affectionately known, is basically a sea wall with a road and path running right around the castle headland. Once upon a time, the Drive was a real Mecca for cod fishermen, and provided convenient easy access to anglers of all ages and abilities… it was literally fishing out of your car. During the summer it was commonplace to see dozens of anglers lining the drive and plenty of fish were caught. 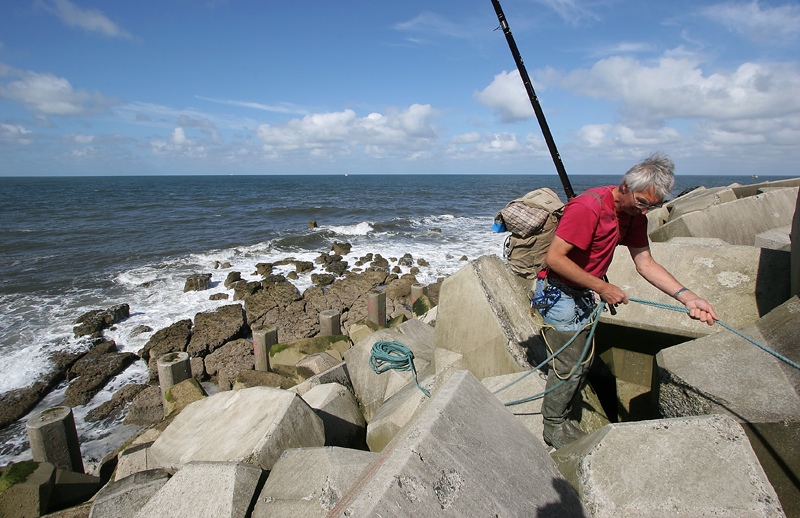 During the last few years however, new sea defence systems built of smooth acropodes have been placed around the footings of the Drive, rendering it impossible to fish from the path now. But take nothing away from the fishing potential of the Drive, as on its day the mark can deliver some remarkable bags of cod. Anglers have adapted to the change in terrain and repopulated the mark to some extent. They now use small ladders that strap to roof racks or sit in the back of vans; these are propped over the small wall to allow access onto the acropodes, from where they can then seek a suitable fishing vantage. 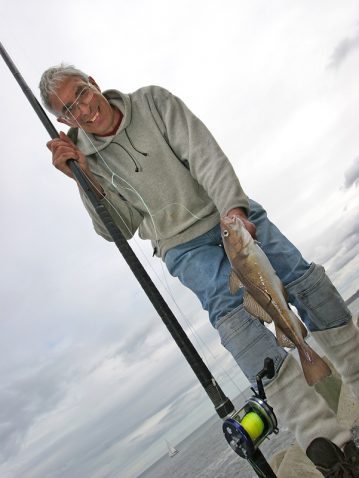 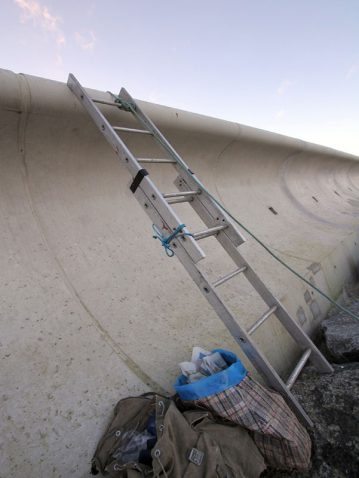 The main problem the acropodes pose is that it is difficult to get a consistently good casting platform, plus a big fish is really a two-man job that’s only really feasible in relatively calm conditions. Nevertheless, confidence has returned to the Drive and more anglers are now returning to reap the rewards of this top mark. 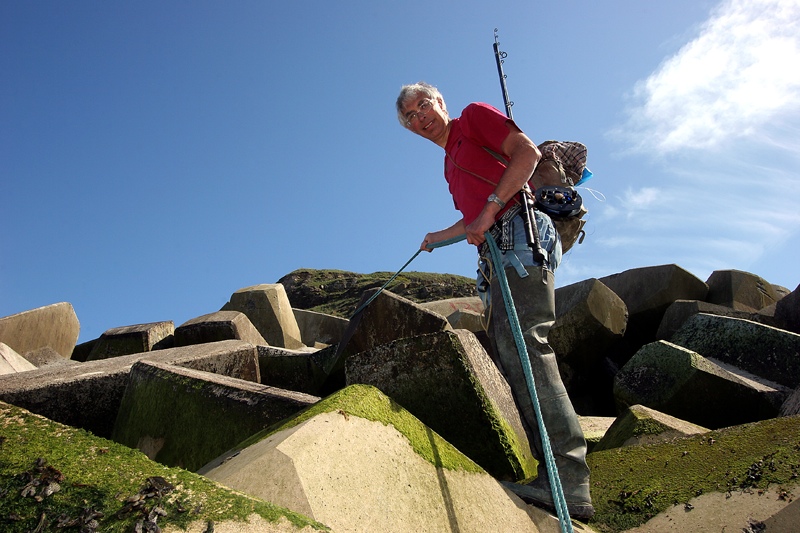 Cod can be caught all year round, but the favourite periods among local anglers are during summer and early autumn. Fishing the Drive can be done right throughout the tide both up and down, with the best times being on the “Coffee Pot” mark over low water. And although some people have their favourite marks at high water, virtually any stretch of the drive will turn fish out; that is why it is so popular. The Drive is mainly a tide driven venue, with the best catches consistently coming on the bigger tides. The flood tide is best. The seabed is largely clean ground at distance, with larger kelp-covered boulders close in before you reach the acropodes. Fish can be taken at all distances, although the bigger casters do seem to consistently catch more fish. 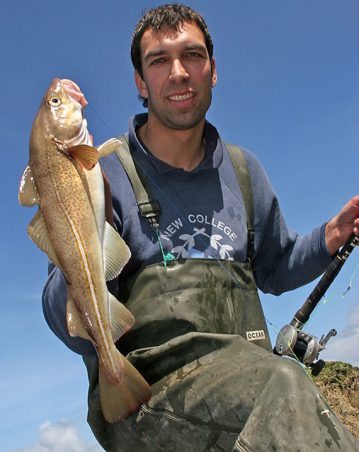 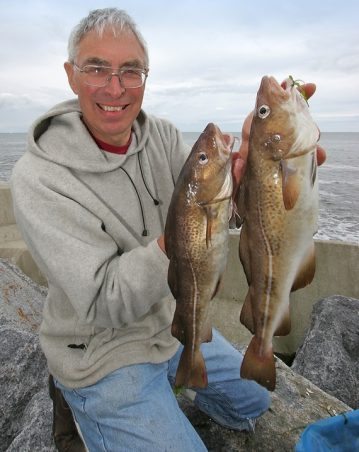 With safety in mind, the best and most consistent conditions are big tides with flat calm seas, although a small swell with coloured sea can be equally effective for cod. Cod mostly run to 6lb, but big cod are always on the cards here and not many angling festivals go by each year without a substantial fish turning up, even if it doesn’t always get landed! Standard rock fishing gear is used mostly, although it does pay to go for heavier leader and hook trace line to deal with the lifting and dragging of the fish up the acropodes. As is the case with most marks on this coast crab is the top bait, but straight worm can do some damage especially if there is colour in the water. 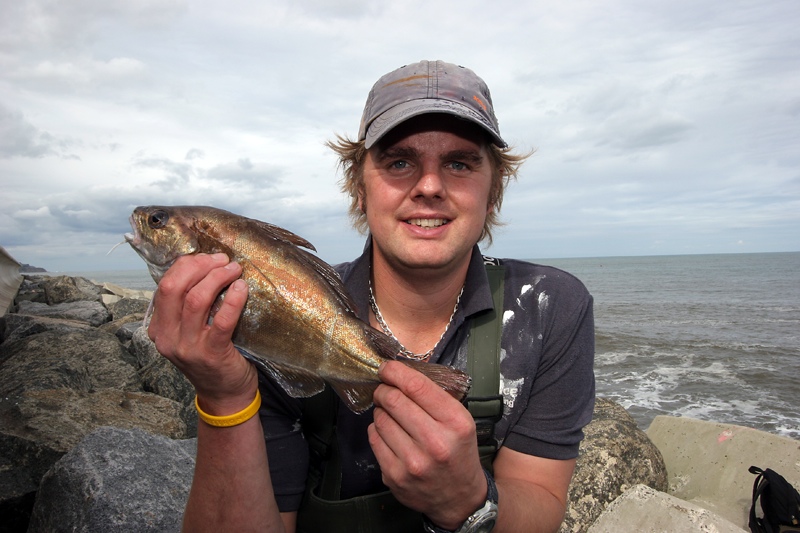 Although the Drive doesn’t produce a big variety of species, pollack fishing with Red Gills in summer can be excellent on light gear, while coalfish (once prolific here), wrasse and odd pouting can also be added to bags.