In his latest feature Weymouth LRF regular, Will Harding, explains the techniques involved in the pursuit of the predatory inshore flounder with light lures and baits. 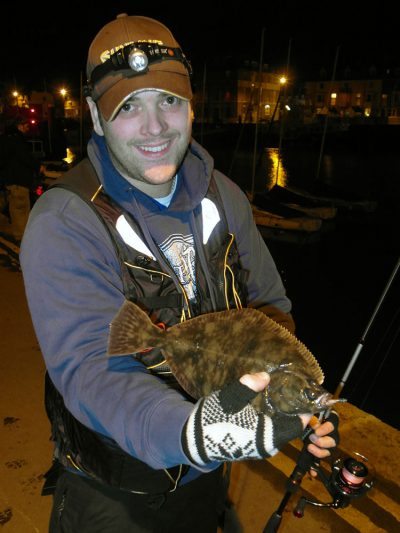 The colder months and shorter days are now upon us and the enthusiasm of the lure angler tends to wear thin at this time of year. The possibilities of a good size bass is still there until the water temperatures plummet but their numbers are now starting to dwindle as the fish migrate to deeper warmer waters. Living on the south coast means, I have a variety of species to target throughout the year, but with winter upon us, I only have one species that comes to mind when throwing a lure, that evolutionary flattie, the flounder.

Chasing flounder on lure is not anything new, and when I started reading up on flounder I came across many articles in old books about making and using baited flounder spoons. This method remains extremely effective but for modern-day use with LRF rods does seem a little heavy-handed and cumbersome. One of the reasons that the flounder is such a prime target for LRF is that normally they frequent marks only a stone’s throw from the shoreline and big casts are not required. Being a roving lure angler keeping light weight and on the move is key for this species, which loves a moving bait.

One of my first sessions on Weymouth beach near the old pier bandstand saw me catch four flounder in a matter of hours, they were not of great size but for me the joy of fishing is in the catching. 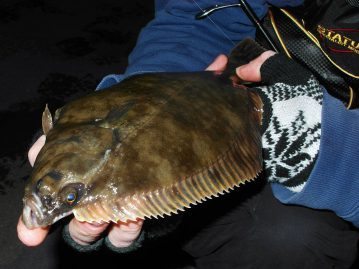 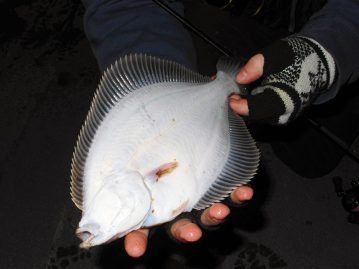 I have two preferred set ups for flounder, and I think it’s important to mention here that most of the best flounder marks are over clean sandy or silted ground, therefore fishing with rigs that have the hook point clear and bumped tight to the bottom is not a problem. The sparse rocks and weed cover allows the angler to fish without fear of snagging with resultant tackle losses low. My first go to lure set up for flounder is the free running Carolina Rig with a size 14 Kamasan Animal Hook, a three-inch (75cm) trace of 4lb (2kg) breaking strain fluorocarbon and 1/8th ounce (4gm) Molix Tungsten cone weight. I love these cone weights due to the high quality finish and plastic tube insert that protects fine lines and knots. The positioning of the weight near to the hook allows for additional distance and gets the lure down to the target species. Although flounder will rise high up in the water column to attack prey in waters over a couple of meters deep using too light a set up will see your lure drift away from the target zone, which could be the edge of a shingle bank or a sand patch among rocks and weed. 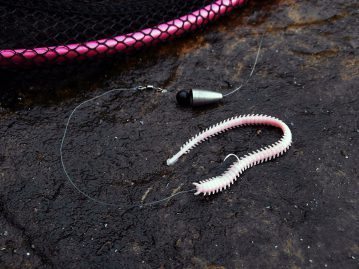 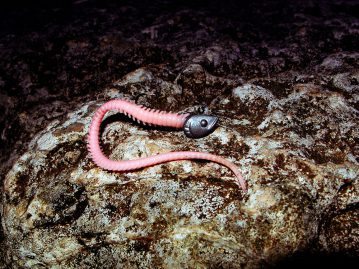 Next on my list of flounder set-ups is the simple jighead and lure. Although this terminal tackle sounds simple, there is a vast array of jigheads available from pioneering lure-fishing countries like Japan and America. My current favourite for flattie fishing is the Ecogear Shirasu in size 10 and weighing 1.4gm loaded with a small bright paddle tail or a single medium sizes Isome. This rig set up is brilliant fished around my local harbour at Weymouth where we have found that most of the flounder stay tight to the inner harbour walls. They rarely venture out of the shadows thrown by the streetlights and there is something very exciting in watching as a ghost-like flounder chases your lure out of the shadows into the light, before giving you a scrap that puts many other species to shame. 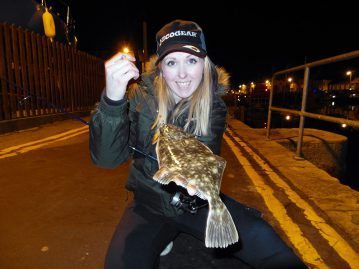 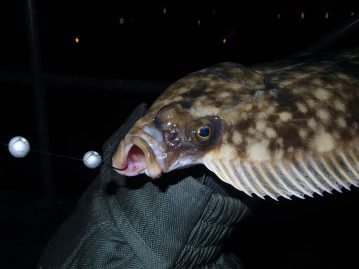 Don’t underestimate the flounder on light tackle with 4lb mainlines and on my new favourite rod, the solid tip Major Craft AiRock rated 0.3-4g, these fish will fight well in any depth of water. If you hook one at night, it is important to keep your head light off while netting the fish as they spook easy and if they bolt there is a major risk of a hook pull. Flounder have a habit of burying themselves in the mud or sand when under threat and I learnt a cool trick this autumn. This is to apply a gentle amount of pressure against the stubborn, buried fish and then gently flick the line to irritate the hook; this seems to aggravate the fish into leaving its refuge putting the angler back in charge.

Something that I have been trying to encourage amongst the group of LRF anglers in Weymouth is that where lures fail, then try using bait until you’ve honed your hooking and fish locating skills enough to switch back to lures. A simple slither of squid or a head hooked ragworm can prove devastating when conditions are tough for standard lures or bait hybrids such as the Isome. Work the bait the same as you would a lure, slow retrieves and long pauses seem to encourage the fish to attack, as James Fulton Standley found out with a cracker of a bait caught LRF flounder from Weymouth. 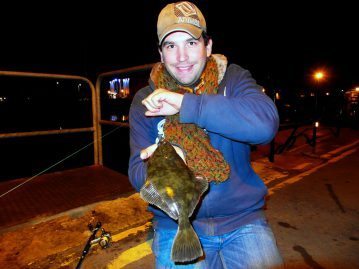 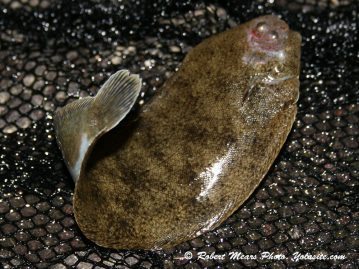 As I mentioned in my last article for Planet Sea Fishing, be prepared for anything while using LRF techniques, here I managed to catch and land what might be one of the first lure caught sole in the South West, which you can read more about on my Next Generation Angling blog.

Read a review of the Power Isome soft baits here and about some suitable leadheads.