Floundering Around in Co. Wexford 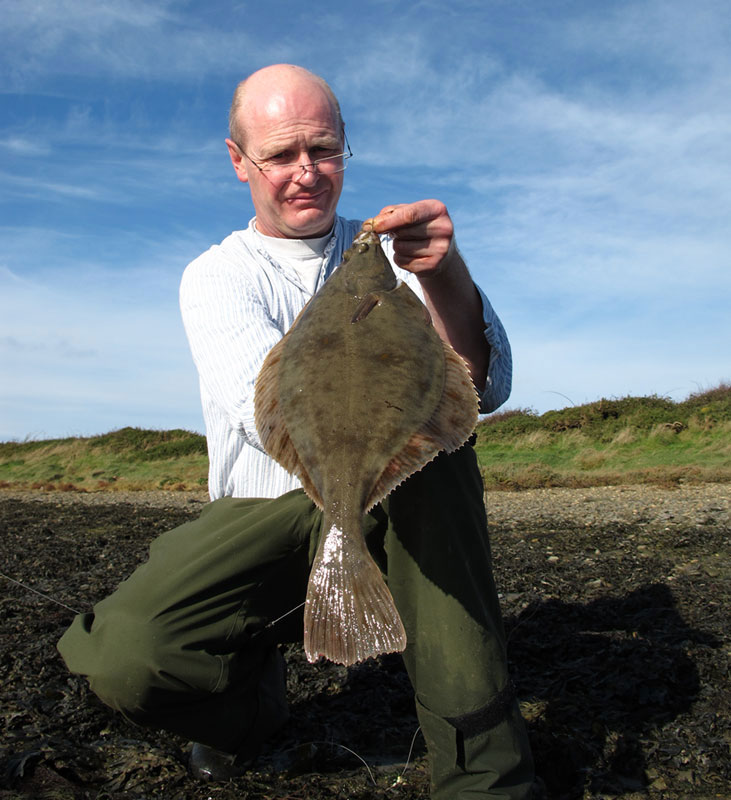 When the leaves start to fall from the trees and the nights close in shore anglers thoughts tend to stray towards winter species. Codling and coalfish come to mind but commercial overfishing has seriously reduced the prospects, both in terms of quantity and size, of connecting with a reasonable specimen of either of these prized fish. That said however, if the angler is prepared to scale down, there is no better autumn and early winter pursuit than to target estuary flounder. This member of the flatfish family is still available in good numbers in most areas, and as flatfish go they reach a respectable size, approaching four pounds if one is very lucky, and averaging a pound. Presently the Irish specimen weight is 2.5lbs, which is a very realistic target especially in the south eastern estuaries of Co. Wexford.

Not a Fluke Catch

Flounder, Platichthys flesus, or fluke as it is commonly called in Ireland, is a right sided flatfish that is the eyes are on the right side of its upper surface as you look from the front. Olive green with mottled brown or black markings on the top, flounder sometimes sport pale orange spots, similar, but not as vivid as its cousin the plaice and the underside is generally white. More information on the identification of the flounder is available here.

Flounder spawn in the open sea between February and May. They start to move out of the estuaries and off the beaches with the first signs of frost in late November or early December, appearing again spent in late April or May. Packing on weight through the summer flounder are in tip top condition by late September, which is a prime time to start targeting the species. From then until early November is the key period, with the fish at their fattest and keen to take a bait prior to their journey to the spawning grounds. 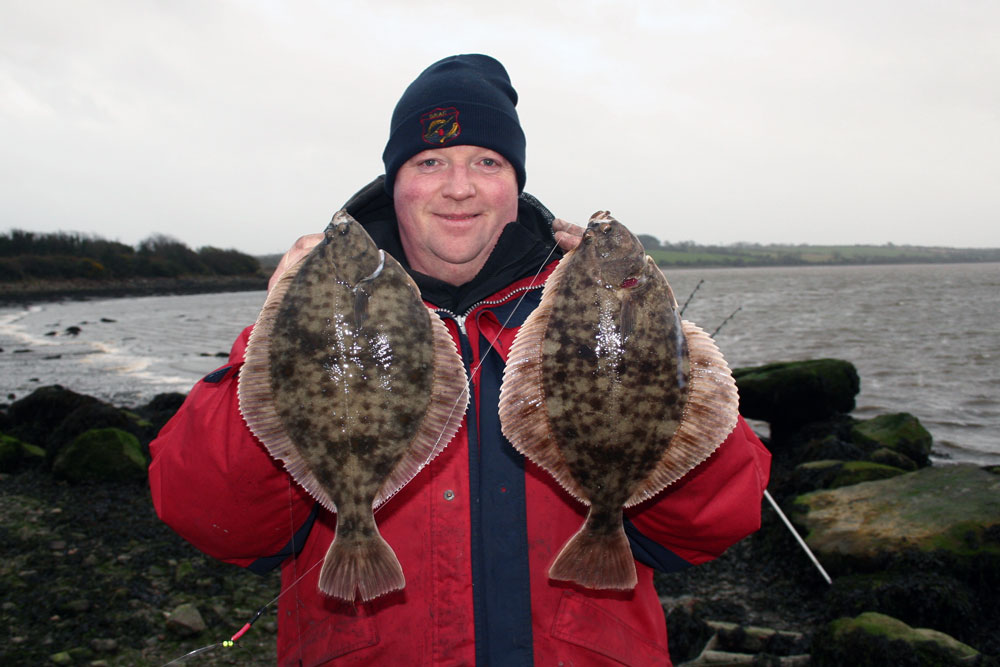 Co. Wexford in south east Ireland is a flounder angler’s Mecca. Kaats Strand and Ardcavan within Wexford Harbour are synonymous with match fishing for the species, while the estuaries and creeks in the vicinity of Ballyteigue Bay to the south are a specimen hunter’s paradise. The Irish record Flounder weighing 4.91 lbs, caught by Brian Russell on the 2nd October 1993, came from this area, and whether that fish will ever be beaten, there are still flounder available capable of running that weight mighty close. With the ceiling for a Flounder pushing 6.5lbs and the maximum length reaching 51cms, there is no doubt that the south Wexford estuaries have the ability to produce a new record fish.

Flounder have a varied diet with marine worms, shellfish, crab, prawns, shrimp, and small fish all fair game. For the angler peeler crab is the number one bait, with lug and rag, particularly cocktailed with fish baits in some areas, a close second. Heading into the colder months worms, depending on the venue, tends to predominate, a rough rule of thumb could read; May to October (peeler crab), November onwards (worms). 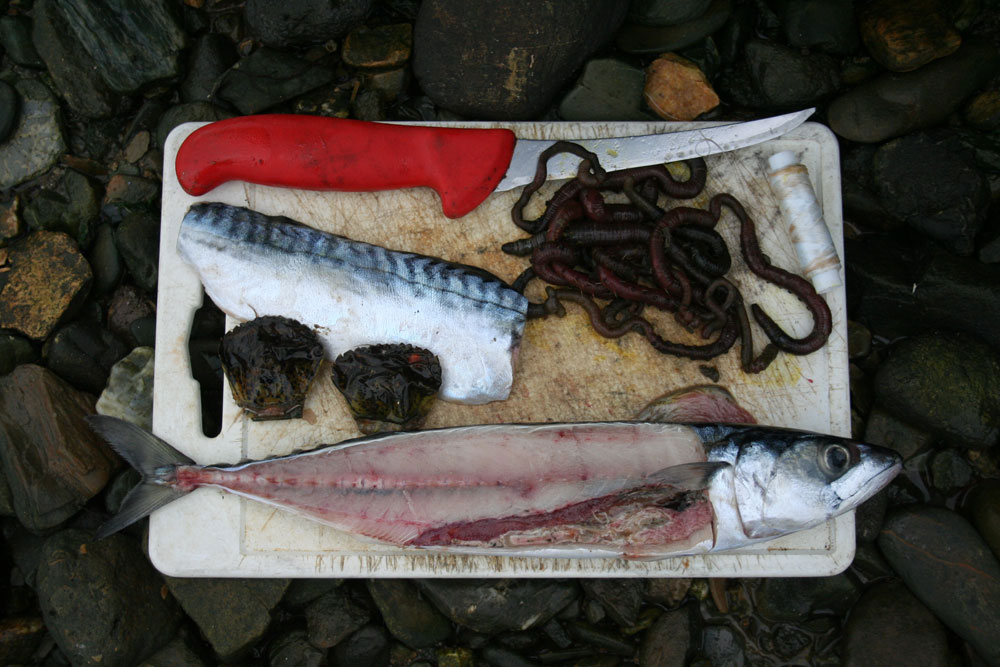 An inquisitive species flounder like nothing better than a moving bait. To cash in on this trait traces should be flowing, with long snoods with optional bright beads and sequins. Weight should be plain and shaped so that the trace can move around with the tide, wave action, or estuary current. Two or three hook paternosters are perfect, as is a running ledger. Hooks should be fine wire and contrary to popular belief do not need to be small, size 1/0 being perfectly adequate. Flounder can extend their mouths and have no problem engulfing a golf ball sized lump of crab on a 4/0 hook intended for bass. The fine wire aids unhooking and using a larger hook reduces the chance of an undersized fish taking the bait. 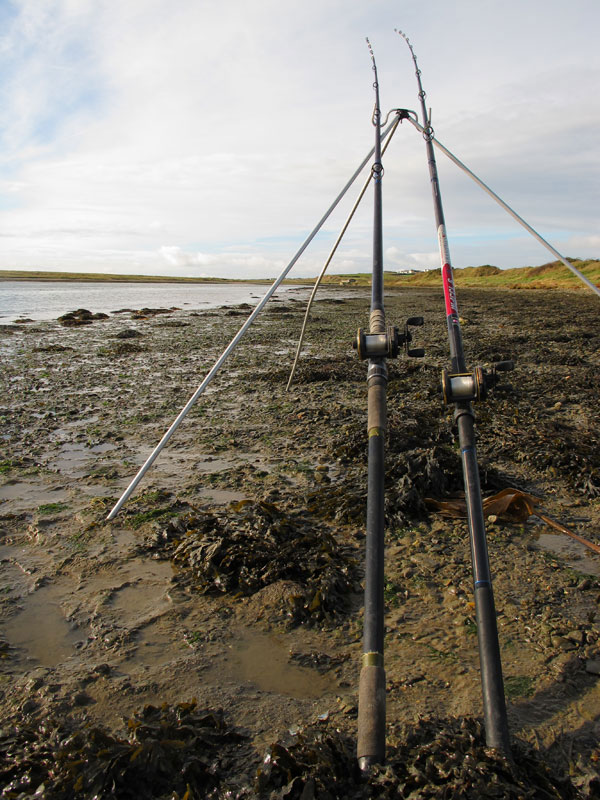 Standard surf casting kit comprising 6500 size multiplier or medium fixed spool reel combined with a light beach caster or even a carp or pike rod is more than adequate. 12 to 15lb mainline to a 40 – 60lb shock leader, dependant on the weight being used, completes the set up.

The south Wexford estuaries of Cullenstown and Bannow that open into Ballyteigue Bay fish well throughout the summer months. As a bonus, bass and more recently gilthead bream feature in the catches from these areas among the flounders, especially when crab baits are used. Records show that Autumn is the key season and anglers should plan accordingly. The September crab moult gets the flounder feeding in earnest, moving up and down the estuary channels with the tide, and after a summer’s feeding the fish are in prime condition.

Relative to these estuary venues; feeding times for flounder can vary, however the start of the ebb and flood tides are two periods during which it’s well worth setting up for the flats. When fishing the south Wexford estuaries you should start fishing around an hour before low water; the channels will be exposed and features such as sandbars which create slacks and divert current can be noted. Flounder will gravitate to these spots as food items are washed towards them by the receding tide. The deeper water on the outside of bends are another area to target. Using plain leads cast crab, lugworm, lugworm tipped with mackerel, or combinations of all three towards a suitable lie and await developments. 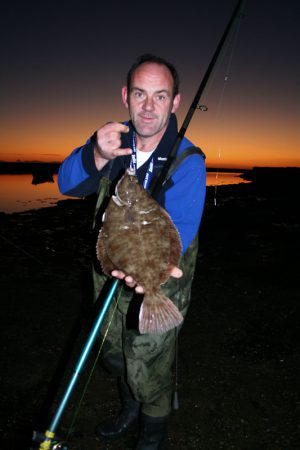 This is the fun part of flounder fishing and what makes the species so attractive to target. Resting low in the tripod with the rod top angled towards the trace by the current, suddenly a sharp rattle of the tip occurs. This could be repeated before the rod tip slowly leans forward before jumping back as the fish moves up channel and a belly of mainline develops. As the bite develops the angler should sit on their hands and allow the flounder time to engulf the bait. A few turns of the reel handle will see the rod bend over as the angler connects with the fish.

Flounder tend to glide towards shore and only put in a spurt of ducking and diving right at the water’s edge. No matter, the sight of a large flatfish or two or even three is a thrill for any shore angler. The beauty of flounder fishing in Co. Wexford is that often what looks like the bite of one fish results in a multiple hook up. Occasionally no bite registers but when the rod is lifted a fish identifies its presence by increased drag at the end of the line. A worthwhile trick that can induce a flounder bite is to move the trace a foot or two then leave it to rest. This causes the baits and decorated snoods to flutter, appealing to the flounder’s inquisitive nature and prompt them to swim over to investigate the disturbance.

The initial push of the tide will get the flounder moving and set them on the feed. This hot period could last an hour or be over in fifteen minutes, it just depends on how long the fish hang around before swimming on in search of food as the tides floods over an increasingly wide area. Likewise the turn of the tide at high water can be equally as effective although holding areas can be more difficult to locate unless the area has been surveyed at low water. The middle sections of the tides cycle can also be productive but it is best to move periodically and fish various marks within the estuary over time and build up a picture of the venue.

Estuary Flounder are fun to catch they can grow to a large size and always produce a smile when they surface at the end of a line. When open sea beaches are unfishable due to onshore gales sheltered estuaries can give superlative flounder sport. 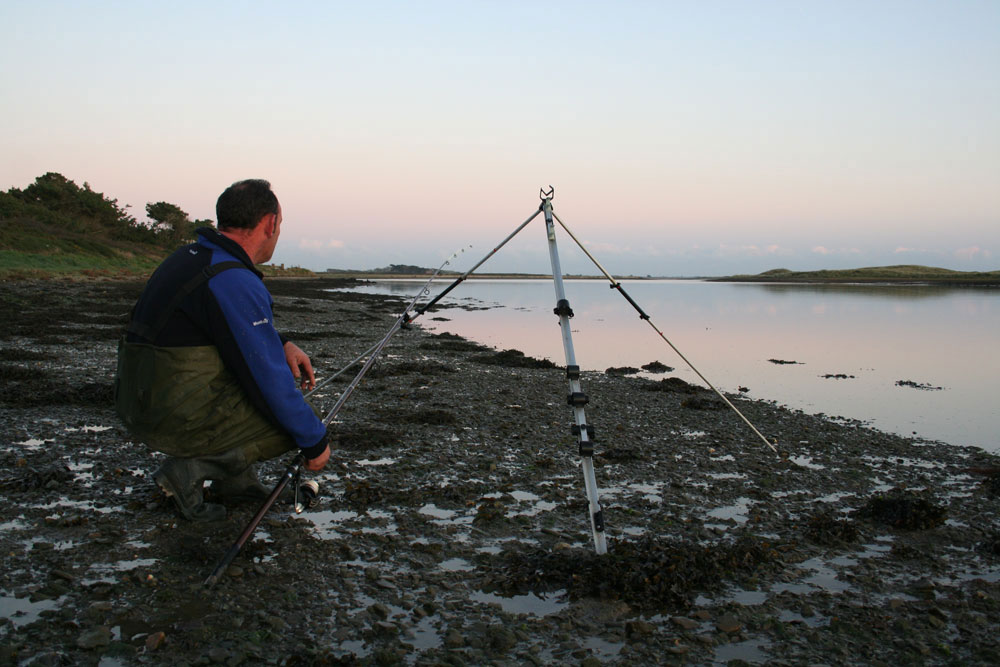 Low barometric pressure seems to trigger this species to feed in the Irish estuaries. With once common winter fish such as codling more scarce the flounder makes a worthwhile quarry in interesting surroundings at a time of year when the summer sea angling season is winding down. South Wexford in early winter, as the migratory birds make their seasonal visit to the slobs and estuaries, is the place to be. Why not join them and cast a bait towards that most inquisitive but welcome of winter species? The thrill of that double rattle signalling the possibility of a seasonal specimen flapping at the edge of the tide if well worth the effort.