There are a number of clean, sandy beaches along the north-east coast north of Inverness. Embo beach stretches one and a half miles north from the village of Embo itself. There are several gulleys, which change seasonally and patches of fixed weed can be found along its length.

The beach is sheltered from westerly wind directions and produces a good surf when the wind is from the east.

How To Get To Embo Beach

Embo beach lies three and a half miles north of Dornoch. From the south take the A9 north of Inverness and head over the Dornoch Firth bridge. The turn for Dornoch is clearly signposted at Evelix onto the A949. 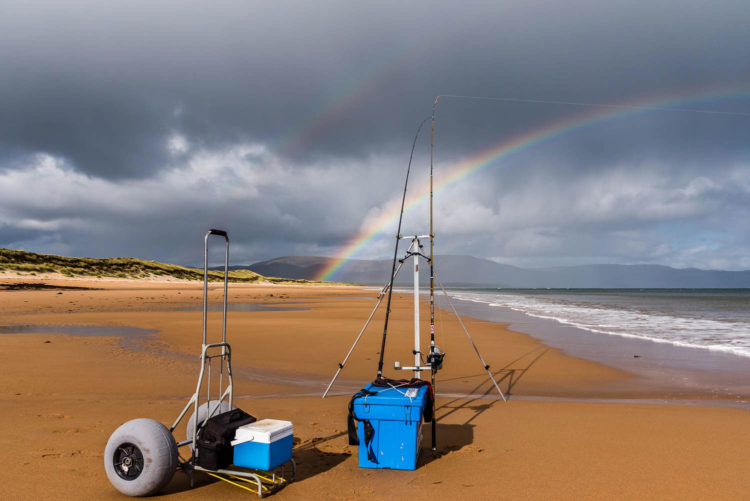 Follow the main street through Dornoch and head onto Station Road which is signposted Embo Grannies Heilin Hame caravan park. Two miles north take the signposted right turn towards Embo. At Embo take the first left onto Station Road and then follow King Street to Back Street. A hidden left turn near the foot of Back Street leads to a track down to car parking adjacent to the caravan site. Access to Embo beach is down a short ramp.

From the north is round the south side of Loch Fleet after the Mound. This road can be busy during the summer but is well provided with passing places. Embo is clearly signposted and once the village is reached beach access is the same as from the south.

Embo beach fishes both on the flood and on the ebb. Day time sessions produce fish and the fall of darkness can produce larger specimens. Like most east coast beaches, Embo beach can fish better after an easterly wind has stirred up the sea.

The seabed consists of course sand with the occasional weed covered boulder.

There are several gulleys, some formed by freshwater burns and some by the annual winter storms. Those formed by the burns tend to be in a fixed location but the others can move from year to year. 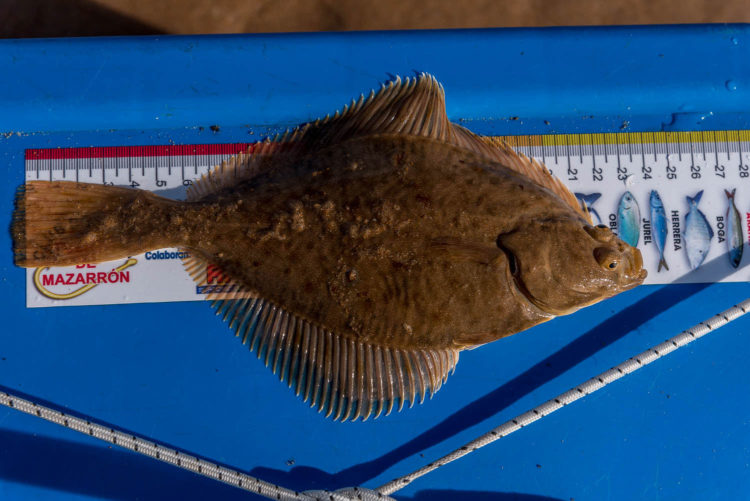 There is a slightly sharper slope on the beach towards the high water mark but at low water the gradient is less and the water is generally shallow particularly towards the northern end where the sandbanks build up at the mouth of Loch Fleet.

There are several small beds of fixed bladder wrack on the upper reaches of the beach but weed is not generally a problem.

Embo beach produces mainly flatfish. Flounder are the predominant species but turbot also roam the length of the beach. 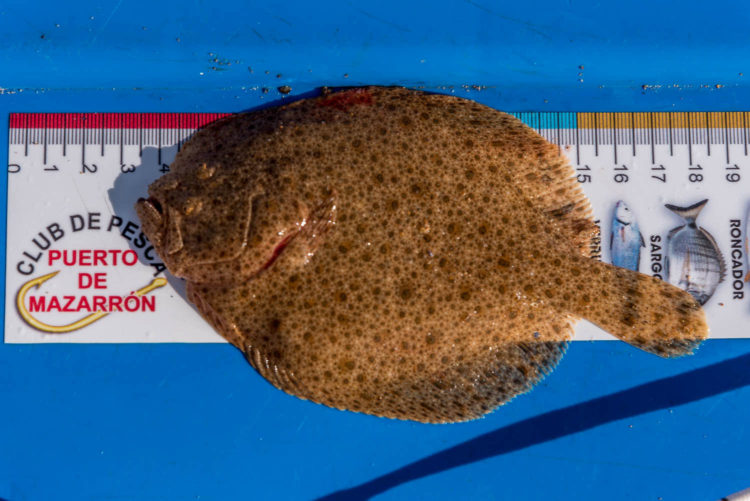 The flatfish are generally on the small side with most being under the 30cm mark. Long casting is not required as the fish prefer the movement of the surf. It is a great beach for youngsters staring out as there are enough fish close in to shore to keep them from being bored. 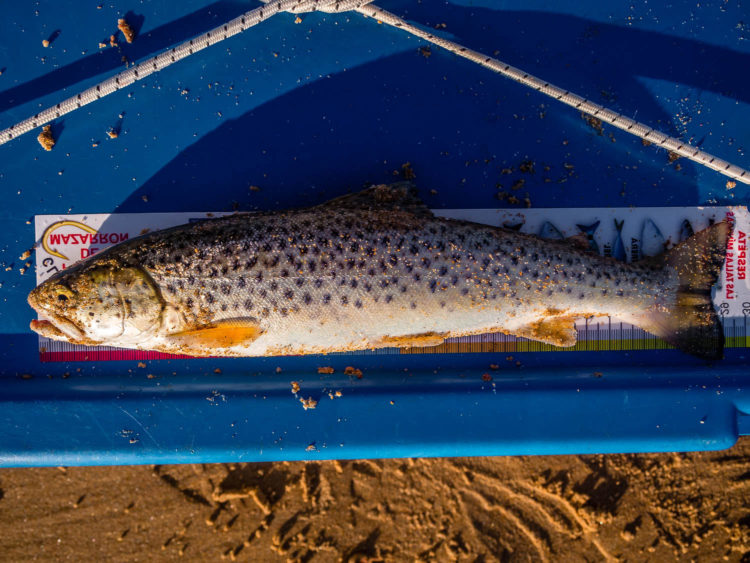 The occasional bass has been taken here and shoals of sea trout patrol the shallows feeding on sandeels.

Tackle for Embo beach is simplicity itself. As the fish tend to be close in there is no need for heavy, distance tackle. A carp rod or light beachcaster capable of handling up to 100gm leads is more than sufficient. There is not much in the way of lateral tide movement and if space is available a spinning rod with a 25gm lead is sufficient to maintain contact with the seabed.

Flapper rigs with 0.33-0.4mm snoods work well, either with of without buoyant beads. Hooks need be no bigger than size 1 with size 4 sometimes producing more fish for the match style angler. I like the gold Eagle Claw Aberdeen style hooks from UK Hooks in size 2 or 4 for general fishing on the beach. 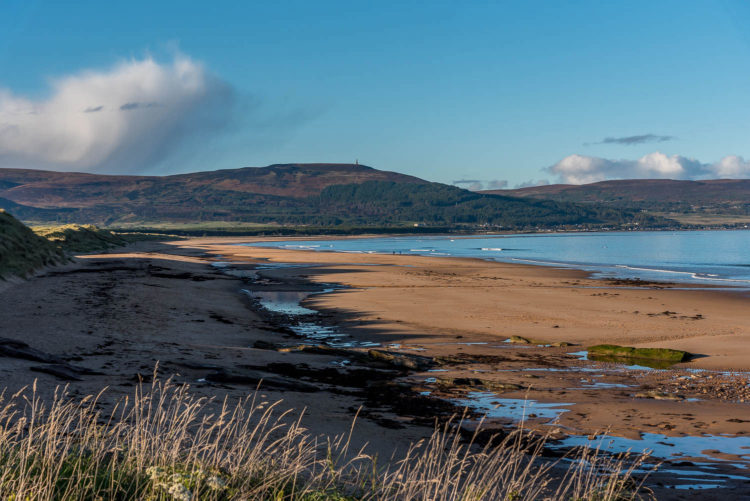 Mackerel is the most successful all round bait. Neat strips around 30mm long and 10mm wide will produce flounder and turbot as well as being a favourite for sea trout.

If a surf is running, or fishing after dark it is worth upping the hook size and using lugworm baits to try and sort out a roving bass.