There was a great turnout for last Saturday’s Skegness Pier Angling Club (SPAC) match, held from 2:30 till 6:30pm at North Shore Road, with seventeen anglers turning up to fish the match. Conditions didn’t look good at the start however, with a flat calm sea, no tide run and very clear water – not conducive to good catches in daylight! Unfortunately this proved to be the case, as fish were at a premium, along with bait robbing crabs and shrimps being present throughout the match.

Most of the anglers had two rods set up, alternating between distance and close in, to try and find the odd fish. Fishing close in with a rolling lead worked for Dave Shorthouse, as he pulled in a nice 31cm flounder early doors; but he then struggled for the rest of the match. It was a similar story for everyone else, with just the odd flattie coming out, along with a weever apiece for Rick Jarvis and Phil Clarke, then a tiny whiting for Dan Jackson.

Grimsby ace Paul Denholm had been finding a few fish however and with just half an hour of the match to go, he was in the lead with three flatties. Paul had also missed a few bites however, which in the end would prove costly. Hound magnet Adie Cooper had caught a 24cm dab first cast, then nothing else for the next three hours. But you write Adie off at your peril and with just 20 minutes left, he pulled in a single dab, then a double shot of dabs on his last two casts, winning the Beachcomber Trophy with four dabs measuring 99cm in total. 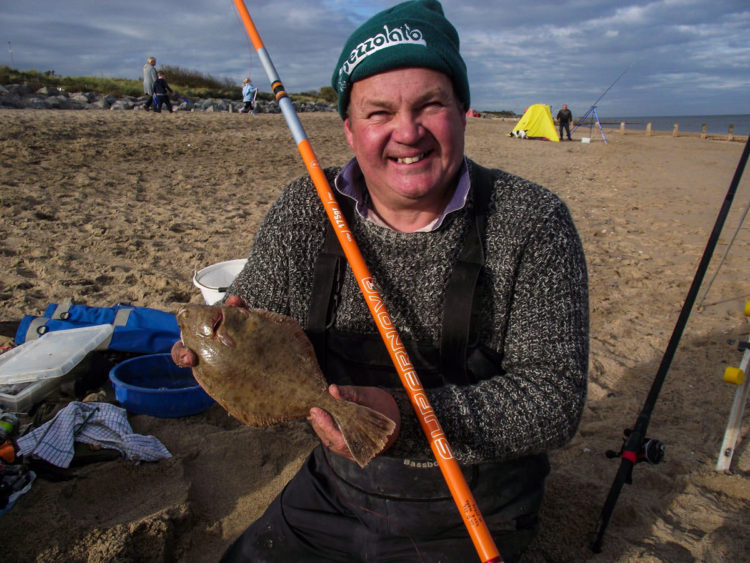 So Paul was pipped at the post and had to settle for second place, with a flounder and two dabs for 59cm. Dave Shorthouse managed to conjure up a small dab to go with his flounder and took third place with 56cm; also winning the longest round fish prize with his 31cm flounder. Paul Marshall came in fourth with two dabs for 52cm and Rick Jarvis was pleased to be in amongst the prizes, taking the longest round fish prize for his 15cm weever.

The next SPAC match will be the annual Biggest Fish Rover held on Sunday 4th November from 12 till 6pm between the boundaries of Mablethorpe and Gibraltar Point. Match HQ will be Lakeside Leisure at Trunch Lane, by kind permission of the owner Mr John Cook. Big Catch Tackle will be open at Lakeside on the day and they hold an excellent range of sea tackle, along with fresh and frozen bait. The match is open to all and there is a keepsake trophy for the winner. Please pass on to those not on FB and contact me for further details. 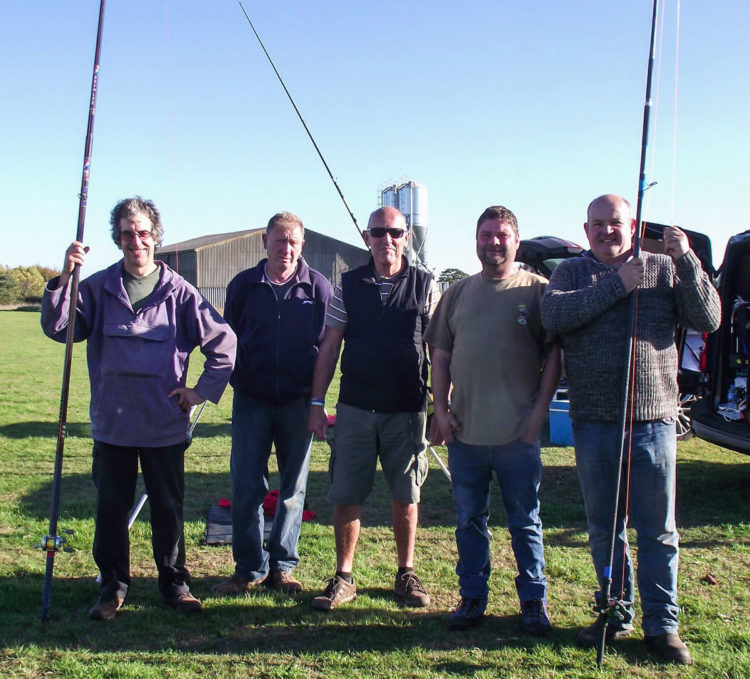 The annual SPAC casting competition was held the day after the last match, on Sunday 21st Oct, with five SPAC members travelling down to Bircham Newton to compete for the Vanguard Shield. Although conditions were not ideal for casting, we all had a great day out in the beautiful sunshine, with the highlight of the day being the sausages kindly provided by John Abbott and expertly cooked by the Swedish chef, AKA Mark Holmes. Kev Bebbington was defending his SPAC title, won with a superb 214.80m cast last year. But unfortunately Kev has been struggling of late and could only manage to get into the upper 180’s this year. Dave Shorthouse has put his name on the shield in the past with 200m plus winning casts, but also struggled on the day and couldn’t get past the 180’s. 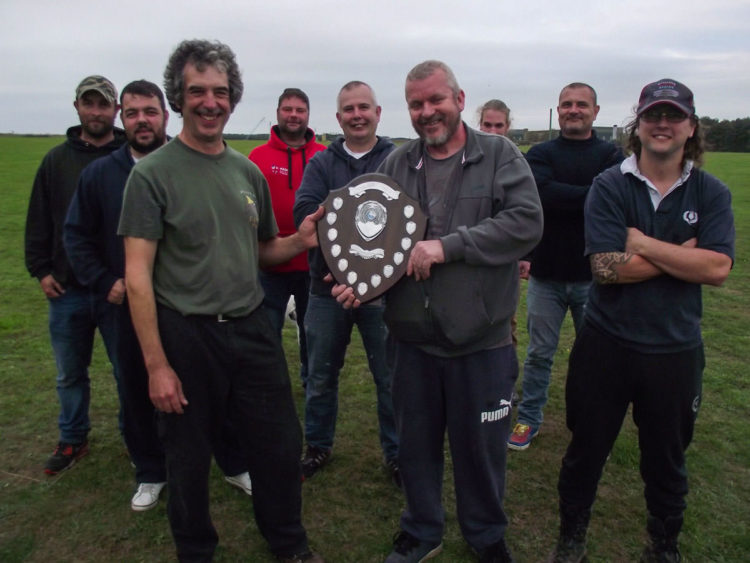 Mark Holmes being presented with the Vanguard Shield by Cain Plumb, Secretary of Norfolk Casting Club. Thanks for a great day out Cain

So the door was open for Mark Holmes to wrest back the title from Kev, which he duly did with a great backcast of 205.43m on the 150g lead. Mark also cast 197.23m on the 175g and 202.56m on the 125g, to end a great casting season for him, where he also came second to Cain Plumb in the Norfolk Casting Club Championship. A big “thank you” goes to Cain and his Club members for hosting us and we look forward to next year.