Species-chasing Mark Harding looks back at a tough February’s shore fishing that wasn’t without its surprises. A matter of weeks into his 12 month mission to crack 50 species from the waters around Alderney, and he is already halfway to his target total. 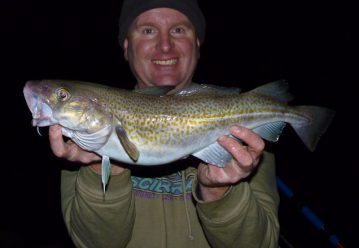 February was always going to be a challenge in my species quest, but I was determined to rise to it. Blanks and trips returning no additional species were expected, given that I had hit the ground running with so many early counters.

If January surprised me with more species than expected, February began with wind and rain-lashed weather shocks to the system. But despite Mother Nature’s attempts to undo me, I succeeded in bagging my red mullet target… a species that has been rare around the island of late. The same foul weather session returned a good haul of bass to over 5lbs, but the red mullet elation was the golden nugget as far as I am concerned, and my reward for being marooned on an isolated rock for a full wet and freezing 10 hours. Other early February highlights included my first Alderney five-bearded rockling, and a personal best shore-caught pouting of 1lb 9oz.

Indeed, call me mad, but the pursuit of rockling ate a huge amount of my February fishing time. I have tried and tried without success to catch a humble three-bearded rockling. I had one bumper rockling session when I caught 15 of the infuriating things… but alas no three-beards. I only came to this conclusion after checking the numerous pictures, double-checking, seeking appropriate expert advice and checking again. 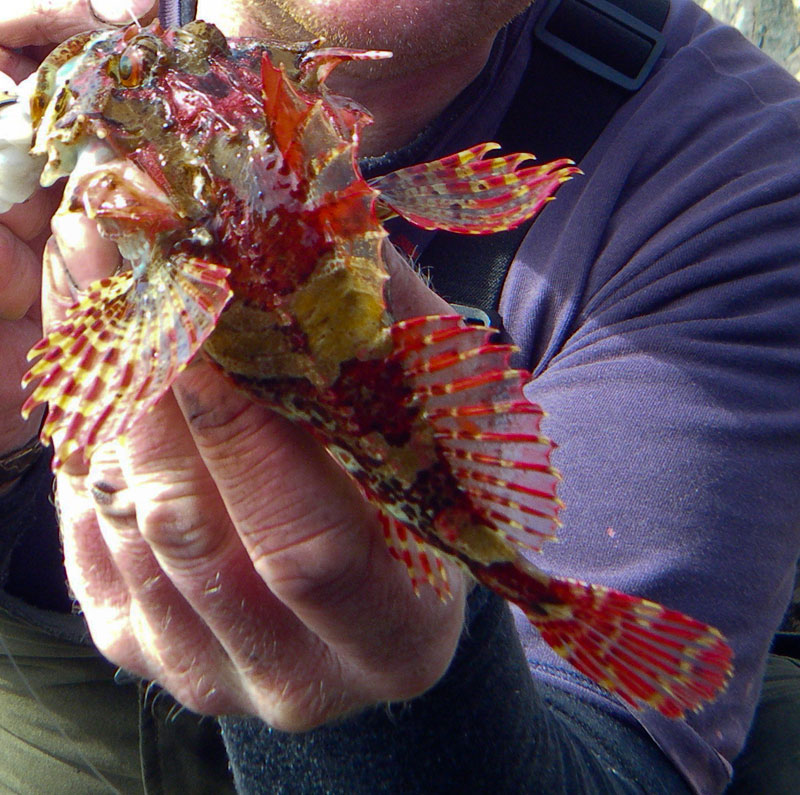 There is a common mistake anglers make with rockling in that there are two species with telltale three beards. One is of course the true three-bearded rockling, while the other is the much more common (at least in Alderney) shore rockling. The main difference is that the three-bearded has a dappled, leopard-patterned skin as opposed to the coppery colour of the shore rockling. A larger eye, flatter head are other three-bearded physical indicators.

So when I swung in a rockling that looked decidedly different to the conveyor of shore rockling, I thought this had to be the hope-for three-beard. I took a bundle of photographs and I hoped for a positive identification from others more knowledgeable than me. The upshot is I am a total rockling numpty. Every clued-up angler I went to for a second opinion called it as a shore rockling. I was disappointed of course but my determination to snatch this particular tiddler is stronger than ever. I also spent considerable time targeting small-eyed rays to no avail last month.

Mid month, a quick call from my buddy Dick Smith alerted me to some thick-lipped mullet milling around the quay area. I was down there straight after work with three loaves of bread… but word was out and there were too many anglers there before me. Alderney and crowded are words that rarely go together. Matthew Smith was one of those quicker off the mark than me and managed a good mullet at a shade under 5lb. 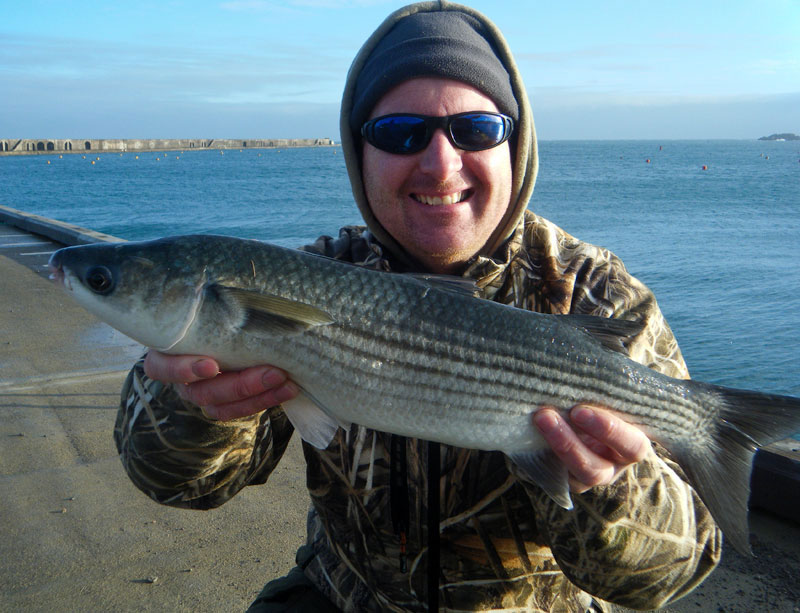 As darkness fell I went looking for a rock mark to fish but with massive swells I opted for an early night and a dawn start the following morning. Arriving at the quay at sunrise I saw no signs of mullet. I spooned small amounts of ground bait and I set my float at a depth of 14 feet to try and determine if there were any grey ghosts deep down. 30 minutes later there was a splish about 40 yards from the quay… a sure sign of mullet near the surface. Then five minutes later another splash but closer. I changed the depth of my float to just three feet, and cast to the edge of the boulders protecting the quay from risk of subsidence. This was where Matthew had caught his the night before.

I missed a take on my second cast. Re-baiting, I flicked my float just beyond the boulders then wound the float in close to them. Just 15 seconds later… I was in. The fish fought well and there were a couple of hairy moments close to the rocks before it was safely in the drop net. I love mullet fishing but the object here was to catch as many species as possible, so I packed up and went searching for a ray. The next several sessions in fact failed to throw up any rays, but I took some solace in the cod and long-spined sea scorpion that I did catch. These were both Alderney firsts for me, and took the species total to 24 for the year so far. This species challenge is turning up all sorts of surprising variety and I am learning things about marks, baits and species that I have never focussed on previously. 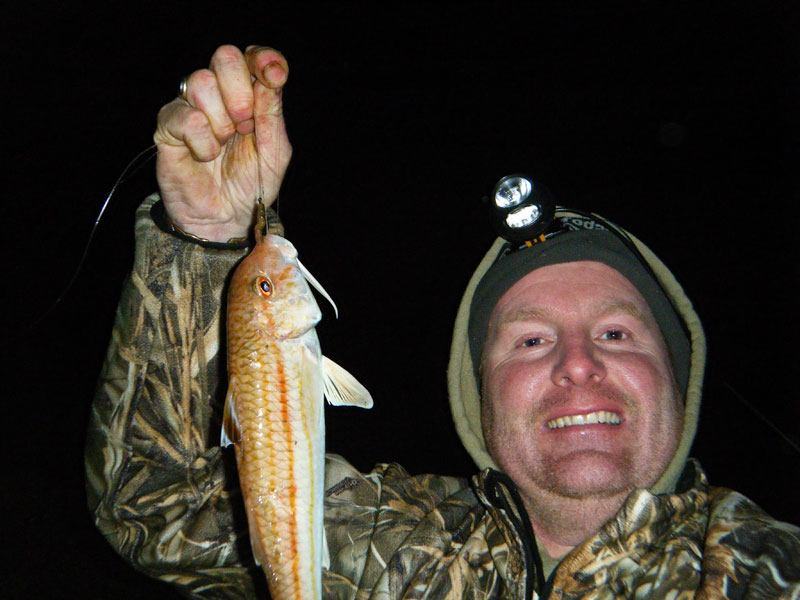 March promises to be another tough month but I am up for the challenge and offset any negatives with the thought of some brilliant summer fishing to come. Small-eyed ray remain a top target, and that damn three-bearded rockling will also be in my sights. As a long shot, I intend fishing areas where undulate rays are known to come from. It’s a real long shot. One or two small sole have appeared already, so I will offer them worm baits and cross my fingers. Otherwise, I could well be mini species hunting again for the likes of dragonet. Afloat, I am looking at a trip for ling with Colin Dukes aboard Smuggler.