Spain lifted the gold medal at the FIPS-Mer World Shore Fishing Championships held this week on the beaches around Port D’Albert in south west France. The ladies event was won by the team from Croatia. 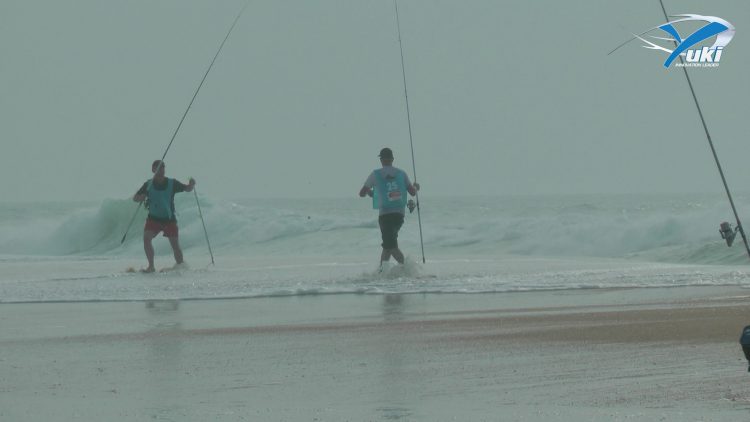 Anglers found the fishing patchy and the Atlantic swell caused problems as the waves surged up the beaches sweeping tackle and gear away from the unwary. Spain led the male event from day one and never really looked like being caught as they mastered the conditions and pulled out a series of excellent section results. Portugal were recipients of the silver medal with the Netherlands finishing in third place. England finished top of the UK contingent in fifth place.

Croatia had to work harder in the ladies championship as they progressed from fifth place on day one to take the title.  The hosts France finished in second place with Italy taking the bronze medal.

The thoughts of the shore anglers now turn to the Algarve in Portugal where the 2015 event takes place.

The full results, including the individual placings can be downloaded here. The full list of daily results is also available here.