The Lancashire sea fishing has been a bit slower this week. With the weather getting colder it appears to have pushed the dogfish out in to deeper water. Whiting in the main have made up the catches, with the odd ray and codling being caught. Ragworm and lugworm baits tipped with either squid or mackerel seem to be catching the most consistently, either baited on a two hook flapper rig or pennel rig.

While most of the coast has fished in a similar fashion, Rossall has produced the most fish but also most of the anglers are fishing that end.

A couple of outside factors had a bearing on the Fleetwood and District Angling Club blind pairs club match. Firstly, England playing football in the world cup made a big difference to the attendance, and the easterly wind made the prospects of any cod getting caught virtually nil.

As you would expect with the weather conditions there were plenty of whiting, surprisingly no dog fish caught. There was one thornback ray at 48 cm across the wings for Ian Hewitt.

As the name suggests with the blind pairs you don’t know your partner until the draw when the fishing ends. 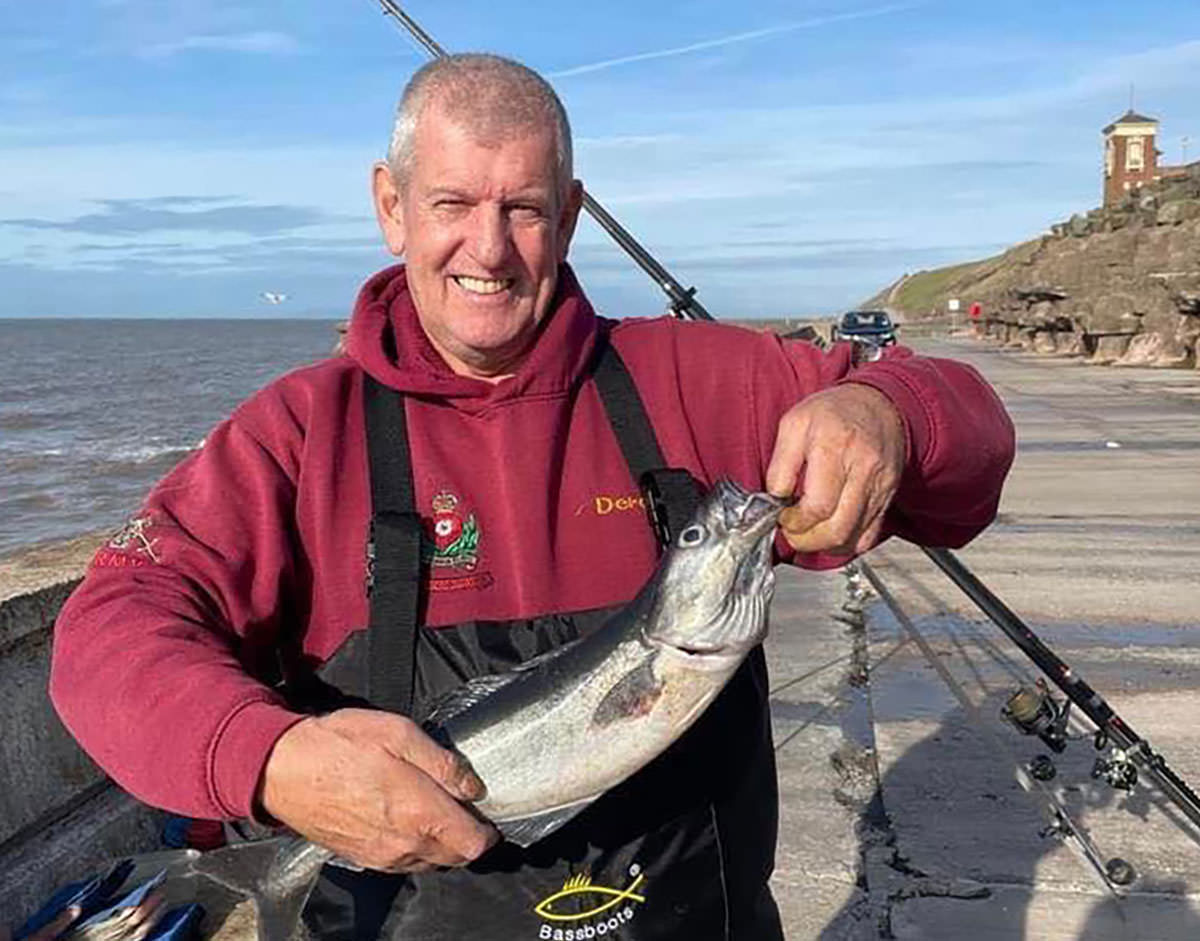 The results of the top three pairs were very close with three points between first and third. Congratulations to this year’s champions John Hodgson and Dave Stockton who had 20 fish between them for 153 points runners-up spot went to Jay Cityzen and Ken Forrest with 24 fish for 151 points and in third place were Trevor Barnett and John Hughes with 20 fish for 150 points

Top three individuals on the day

Bait wise black lugworm tipped with bluey worked for John while sandeel seemed to be the best bait for most of the other anglers.

Next Sunday is the Christmas match fished at Beach Road from 11am until 2pm, hope to see lots of you there.

Leyland and District Sea Angling Club members were out at Mariners Wharf.

Thanks again to the 10 members supporting the match in freezing weather and also to Jordan Russell of Bispham Angling for the excellent bait.