Little has changed on the Lancashire coast this week. Plenty of people fishing but not many reporting, is this because people aren’t catching? No, it doesn’t seem to be the case as there are still plenty of fish around especially at low water.

Bass, small tope, sole, the odd smoothhound and rays have been caught at high and low water this week. As we head into August the general fishing will remain the same, as we reach September and things start to cool down the dogfish and rays will arrive in numbers again along with some early cod and whiting, weather dependant. We are not far away from cod season with only a couple of months to go, so if you are wanting to catch hounds and other great sporting summer fish this is the time before they depart.

Sol Homi was out on the pier and found bass on the flood using black lugworm. 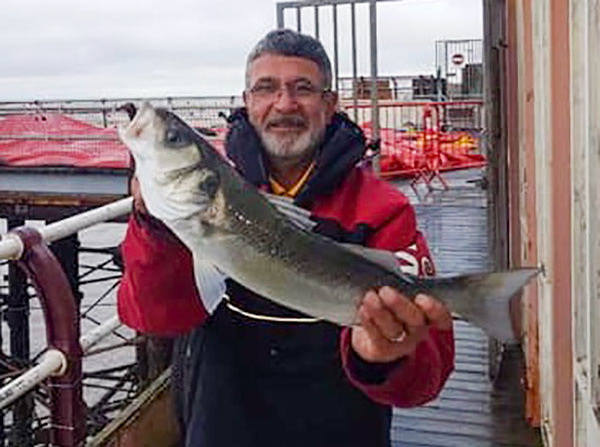 Sol Homi with a bass

Meanwhile on the boats it’s tope galore with loads of captures with fish to the mid-50 pound mark. The average size is over 30lbs with fish being caught as close in as the low water mark. The wind farms are producing big numbers from the water surrounding them. 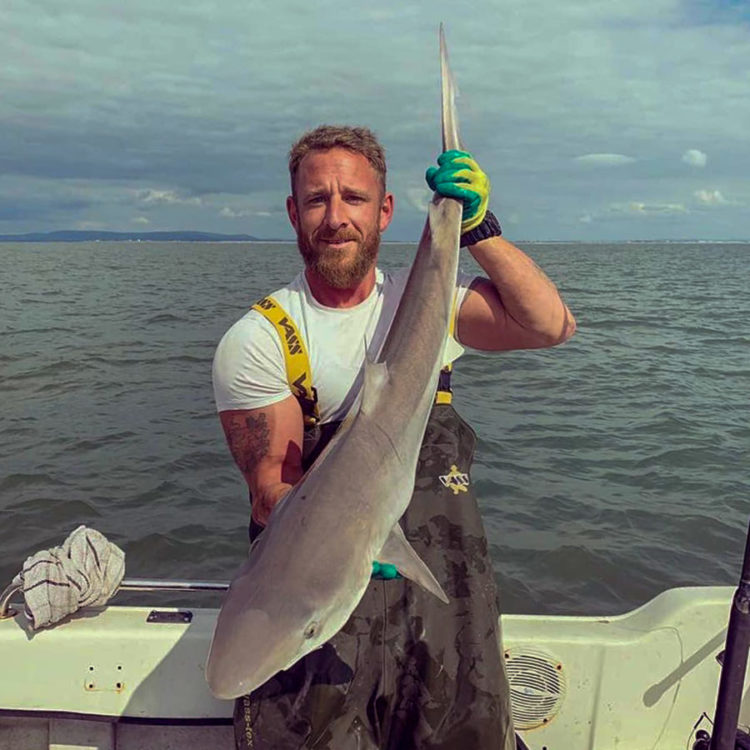 A mixed species session off the rocks of West Cornwall