Tope Abound In The South East

The glorious hot weather continues along with some pretty good tope fishing for the boat angler, never have we seen so many tope being caught.

Darren Hutchinson fished with friends from his own boat Black Marlin out of Bradwell Marina. They landed six tope with the biggest weighing in at 47lbs.

Dave Holland and Rocky Rotchell launched from the Gunfleet Boating Club down at Holland on Sea and they travelled out to the Black Deeps in search of tope. Rocky hooked a very big tope which made it to the side of the boat, but a powerful lunge from the giant fish saw the line snap and the tope was gone. They also landed some good sized smooth hounds and thornback rays. 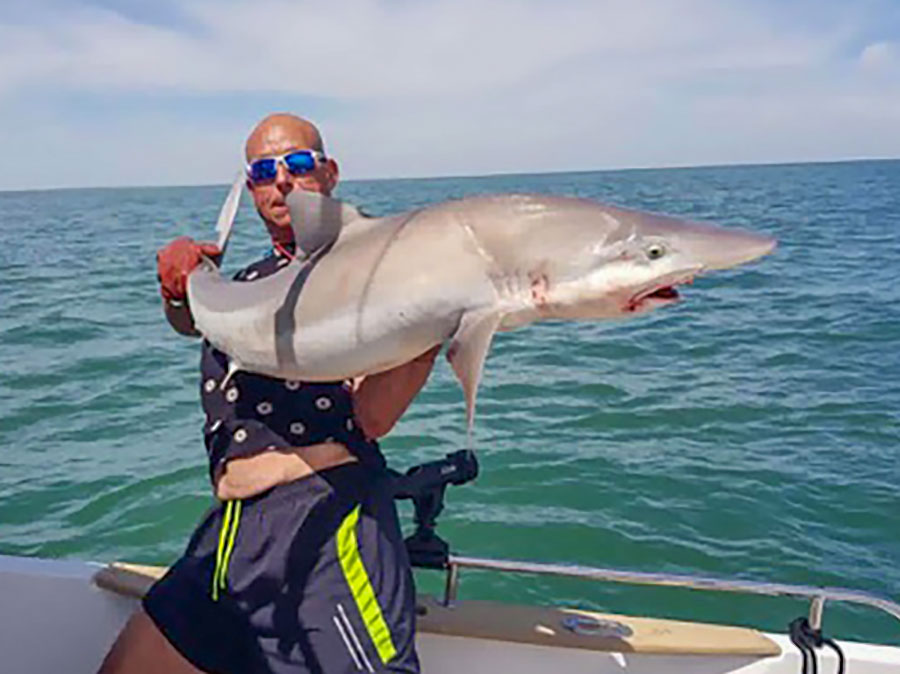 Darren Hutchinson with his 47lb tope caught out of Bradwell Marina

Neil Marples fished from his own boat Milore out of Walton over the weekend he reported plenty of bass to be caught up to 3lbs and the odd smooth-hound to 5lbs.

Still plenty of bass also to be caught from the boats with fish averaging 5lbs along with the odd double figure fish.

For the beach and pier angler Walton Pier must be the venue of the week. Walton Sea Angling Club held their latest evening match here and some heavyweight fish were landed. They fished the top of the pier on an ebb tide and the rays were feeding. Richard Burt landed the heaviest thornback ray reported from the pier this year weighing in at 14lbs, and even with a fish that size he was still only in second place! 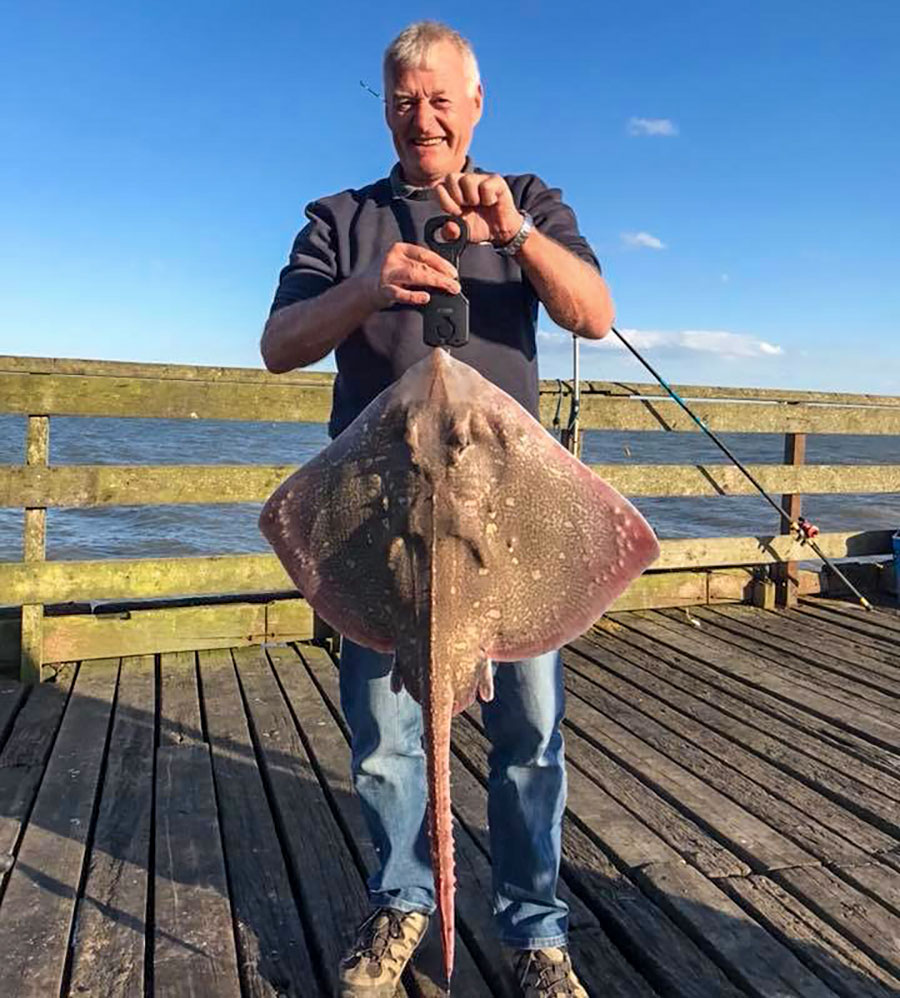 Richard Burt with his 14lb thornback ray from Walton Pier

Rob Tuck also hooked a big stingray estimated at around the 40lb mark, but alas it was too big to fit in the landing net and his hook trace snapped and the fish was lost.

Other fish caught were dogfish, smooth-hounds, eels, pouting and whiting.

The pier in general has fished very well this week especially on the evening tides with thornback rays and dogfish being the main catch.

St Osyth has been quiet this week with just the odd ray being caught. There are plenty of school bass to be caught on light fishing gear at 50 yards out though, with ragworm the best bait.

Clacton Pier as seen a few thornback rays and bass, plus a few bigger whiting have also been caught this week.

The Holland beaches are producing fish after dark, with the odd ray and plenty of school bass.

I fished the Frinton beaches on a bright sunny day and fished peeler crab on one rod at distance for the bigger fish. Unfortunately I didn’t have a bite all day, but another rod fished at 50 yards on ragworm baits caught me school bass on every cast.

Colchester Sea Angling Club headed for the Suffolk beaches to fish Shingle Street for their monthly league match. 14 anglers made the journey, but the fishing was patchy.

The winner on the night was young Olly Yallop with one fish, a thornback ray weighing 6lb 12oz which also gave him the heaviest round fish prize.

Their next match is on Walton Pier on the 15th July fishing 11am-6pm.

The high tides for the weekend are Saturday 1.58pm and Sunday 2.31pm