A slightly quieter week with not so many ray caught from beaches and boats although our local piers still seem to be producing plenty.

It’s not often that calm weather arrives at the weekend for our boat fishermen, but once again this week the weather was very favourable for anglers to put to sea and most reported very good fishing.

Clacton Boat Club members fished on Saturday and the boats Blippy, Goose, Spindrift, Nick a Bit and Compass Rose all took to the water.  They all reported thornback ray to 8lbs plus plenty of dogfish and some big whiting although the total number of ray was down on last week’s catches. 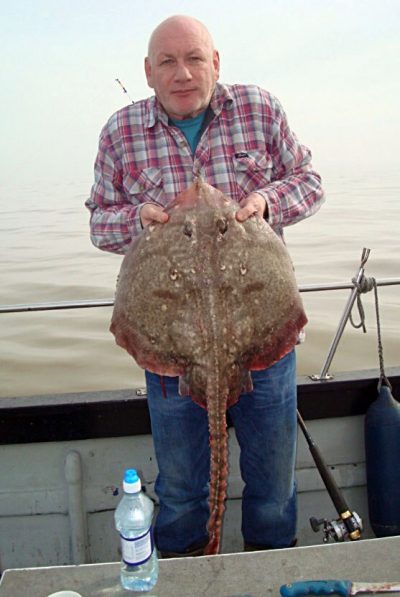 Dave Hollands and Rocky Rochelle launched from the Gunfleet Boat Club on the Holland beaches; they also reported that ray catches were down slightly although Dave landed a massive whiting weighing 2lb 12oz, plenty of dogfish were also caught.

Terry Woodrow skipper of the Walton based charter boat Misty Lady headed for the Gunfleet Sands with a party of anglers and Andy Thorogood landed the biggest thornback ray of the day weighing in at 16lbs, plus others in the group landed ray to 10lbs.

Martin Smyth once again took his boat Dippa to launch from Orford.  He told me that there were less ray this week to be caught although he did catch an early season spurdog weighing in at 5lbs.

My trip earlier week was back down to the Holland beaches to fish a daytime flood tide and the thornback ray were once again very obliging.  I caught some bigger ray weighing up to the 9lb mark on bluey baits.

Piers Pay Off for Ray

The Walton Pier Club fished their monthly match on the local pier.  They fished an ebb tide in calm and bright conditions on the stem of the pier.  17 anglers fished and 42 sizable fish were caught, mostly whiting and the odd dab. First place went to Dean Parker with Jim Fennel second and Barry Adair third.

Walton Pier has seen more ray caught this week with Paul Packman from Colchester catching the heaviest ray weighing in at 11lb 7oz. Most of the ray are being caught from the top of the pier, but there have been a few caught from the stem as well.

The Frinton beaches have seen the first of the spring school bass being caught and dogfish after dark, still no reports of any thornbacks, but that will change in the next couple of weeks. 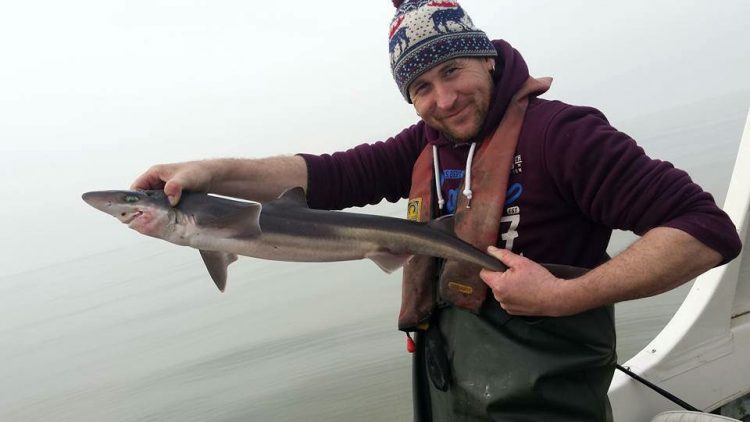 Holland and surrounding beaches have also seen less ray this week, but that can all change on a single tide as these fish move around in big packs and can turn up again very quickly. Clacton Pier is fishing pretty much the same as it was with ray being caught on both day and night tides, plus dogfish and whiting. St Osyth is also still seeing its fair share of ray, once again slightly down on previous weeks but still well worth fishing.

Colchester Sea Angling Club fished their March beach league match on the Felixstowe beaches.  12 anglers were met with a glorious sunny Spring morning and a very light breeze.  The fishing was unfortunately difficult with only small whiting, pouting and rockling caught.