Still plenty of small fish around keeping the Lancashire sea fishing busy. We have also seen, with the spring sunshine, some big plaice appearing. They haven’t much meat on them yet but great sign to see them showing, proving spring truly is here.

The weather looked good for plaice fishing, nice and sunny but the wind, with a lot of north in it, was a killer. Nineteen anglers fished, and only four caught fish.

The match was for the single heaviest flatfish and congratulations go to John Hill who won with a 27cm plaice for eight points.

Second was Peter Lambert with a flounder for four points and equal third was Trevor Barnett and Mark Hall with a two point flounder each. These were the only fish caught, no round fish turned up.

No club match next week as lots of anglers are away at the European beach champs on the East coast. 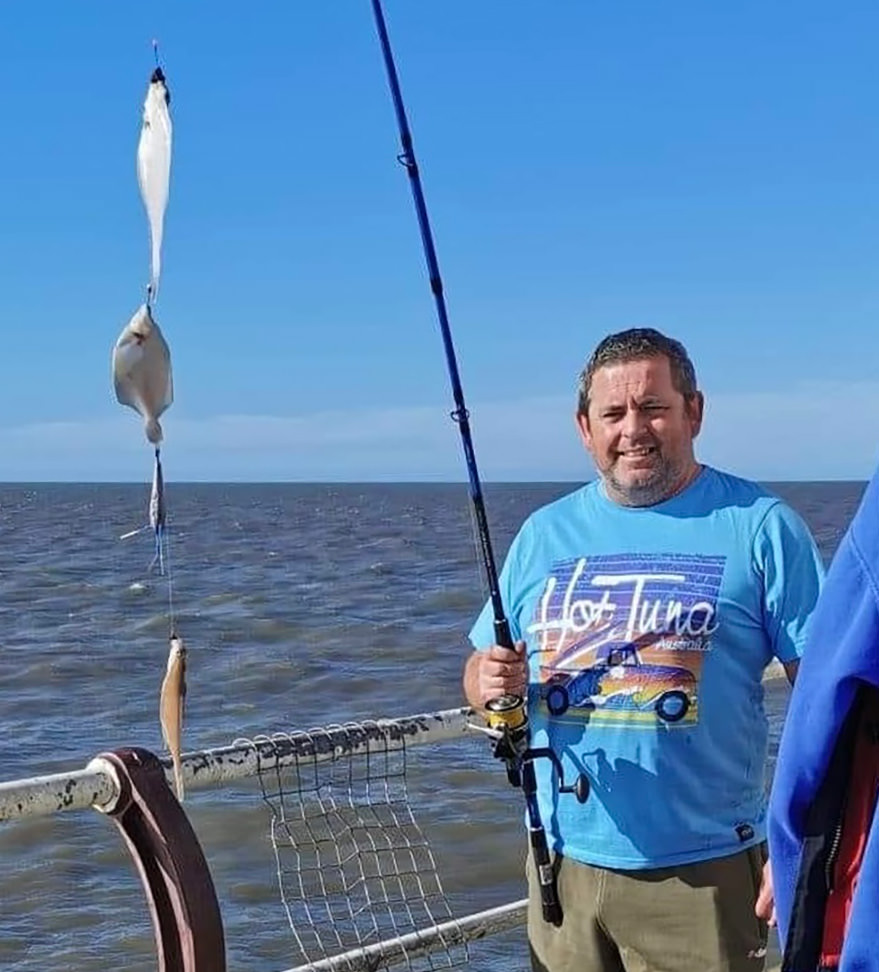 Pier member Paul Fulcher with a triple shot of flatfish

First place went to Nigel Thompson with one flounder and the biggest fish, a 29cm whiting scoring 11 match points. In second place was Neil Stoneley with a 24cm plaice. Thanks again to the nine members supporting the match on such a nice sunny day but a poor days fishing.

The David Hutchinson league match was fished on the Gynn Wall last Sunday. 30 anglers fished on beautiful day with warm sun on their backs, but fishing wasn’t great. Flounders, plaice, dabs, whiting and dogs caught by the competitors.

Thanks to all that involved

Next league match is on Sunday 10th April at Westend beach and pegs will be limited.