With the weather crisp and bright 14 club members met at the Weybourne car park ready for a good evening’s fishing. The usual debate of should we fish to 18+ / length / or to size limits was one topic of conversation which will no doubt run for every match.

The general consensus is that each recording method has its supporters, and you can’t please all the people all the time. Key is that at a match we all fish to the same recording measure. This will be helped by declaring ‘recording’ method ahead of each match when the invite is posted. It can be amended at the match if circumstances change in the week. So given conditions at Weybourne, with an incoming tide (HT 21:24), movement on the water, and some bigger fish caught up the coast at the Team of Five match it was decided to fish to size. 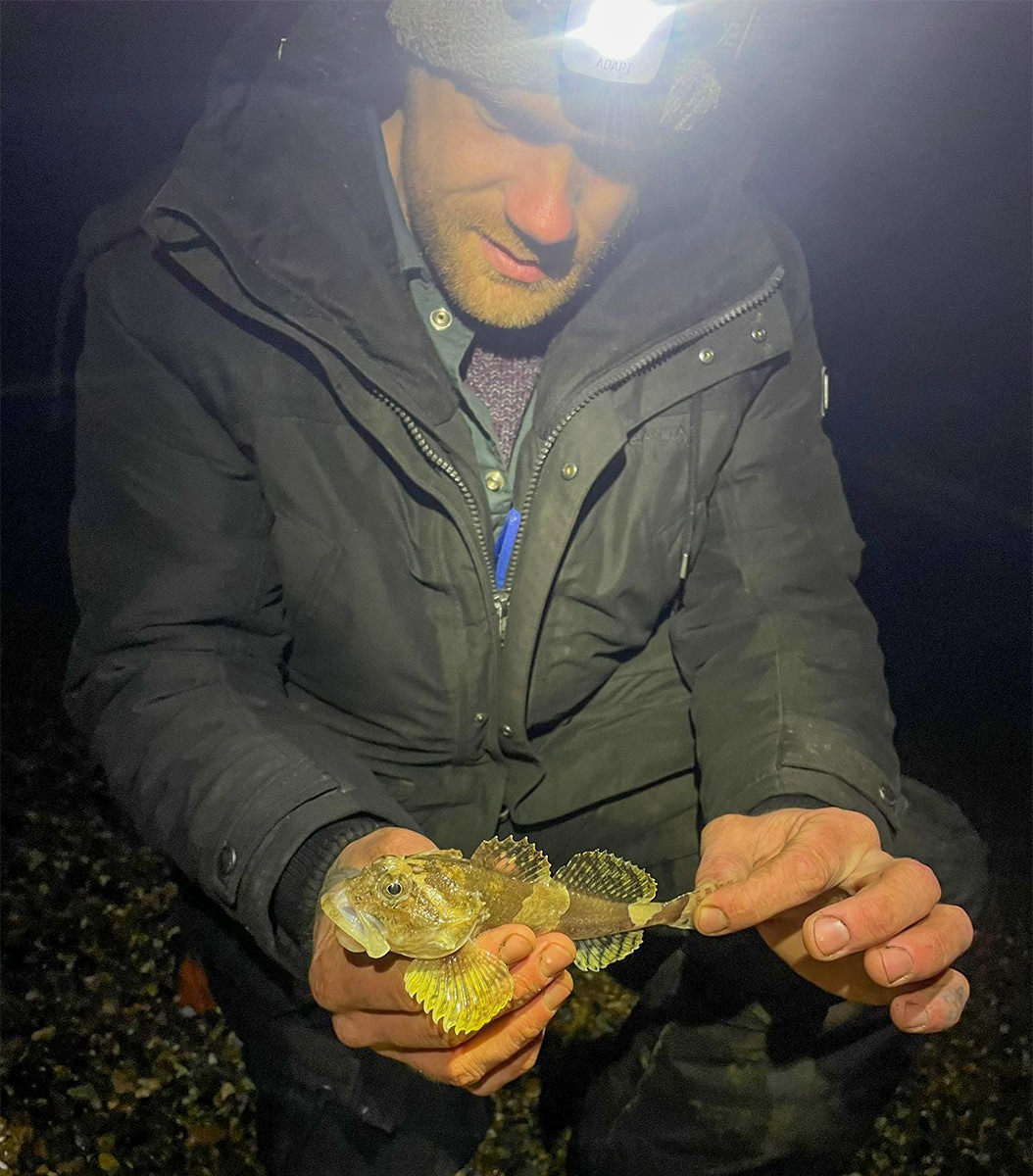 AJ with his sea scorpion

We pegged from just past the pipe for the “short walk” members, check the stats to see if it really is an advantage to fish next to the pipe. No sooner had we started to set up, but we were buzzed by USAF Osprey carrying out manoeuvres practicing landings at Muckleborough. Spectacular shots attached to this report. Maybe HM Fisheries wanted to monitor the beach after reading our catch reports.

Early catches of under 27cm Whiting questioned the fish to size decision, but along the beach you started to see the progression of buckets being taken to be a validated cardable fish. Yes, despite the numbers being recorded our “fishing machine” that is Nathan Drewery still managed to record 13 of size fish, awarding him a match winning 192 weight converted points. Average catch across the group was 3.4 fish per NAC member. There were no blanks.

In total 48 fish caught of which 34 were whiting, 9 dabs, 4 rockling, and 1 sea scorpion (see photo of AJ with his new best friend). Of fish caught the honours for biggest flatfish was shared between Ian Childerhouse (peg 13) and Andy Turk (peg 7) with 25cm dabs, while the biggest round fish was shared between John Spalton (peg 14) and Simon Bottomley (peg 8 with a 33cm Whiting. Second and Third places were a close competition between Jamie Childerhouse (peg 9) and Neil Rowe (peg 4) the final difference was 1 oz. 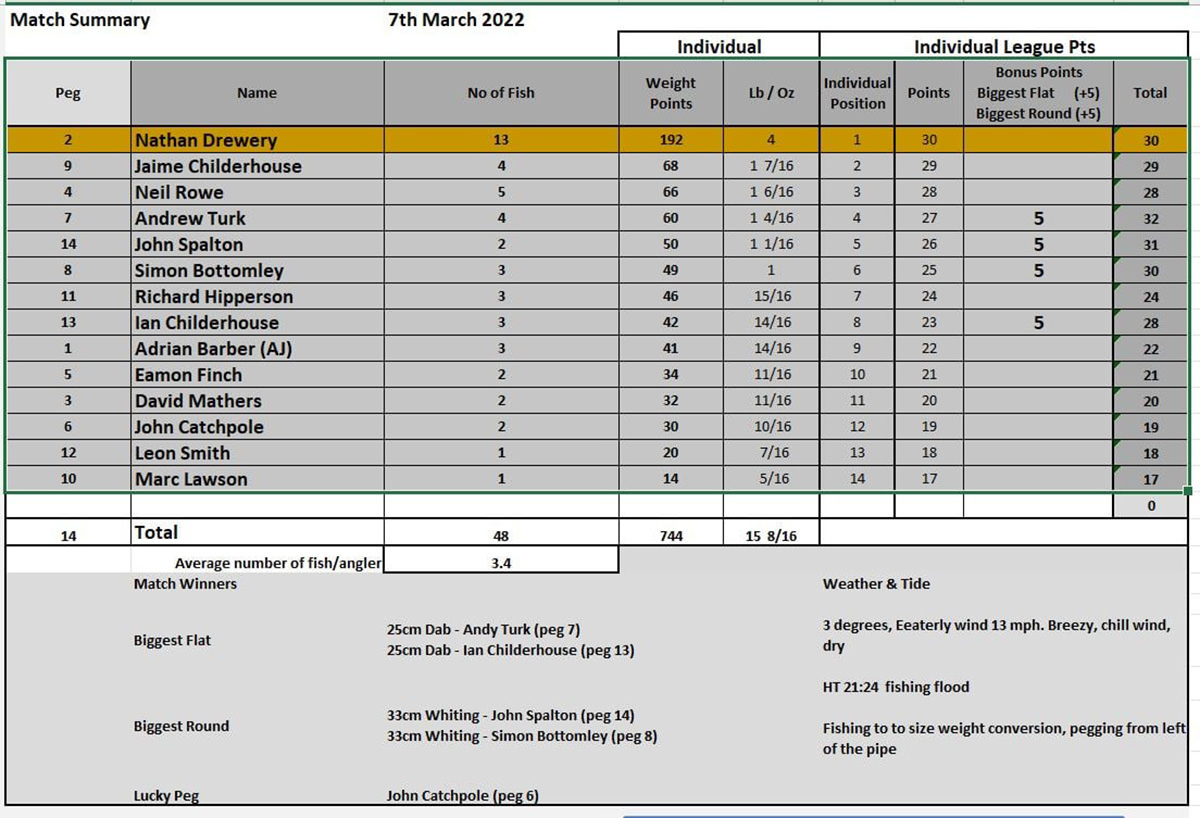 But the honours for the match went to Nathan for showing how it is done to fish to size. Maybe he needs to give us all a master class?

Next match is on the 14th at Mundesley with high tide at 16:24, keep an eye on Facebook/WhatsApp for details or late changes.