The latest Skegness Pier Angling Club match was held at Trunch Lane on Sunday 13 March. Fourteen anglers attended with club members from as far as Corby and Grimsby joining the local match anglers to compete for the Coleman Cup. An encouraging turnout considering another major match, the Euro’s, being held elsewhere this weekend. This was the first match of the new season and points earned from this match forward counting towards the overall league.

The beach at Trunch Lane has flattened off a lot over the recent months so to fish a deeper section of the beach the match was pegged North of the car park at Lakeside Leisure.

The match was fished to length (cm) with all fish caught and released being measured and recorded towards a total length. The angler with the Longest aggregate of fish winning the match and prizes were paid out down to third place. 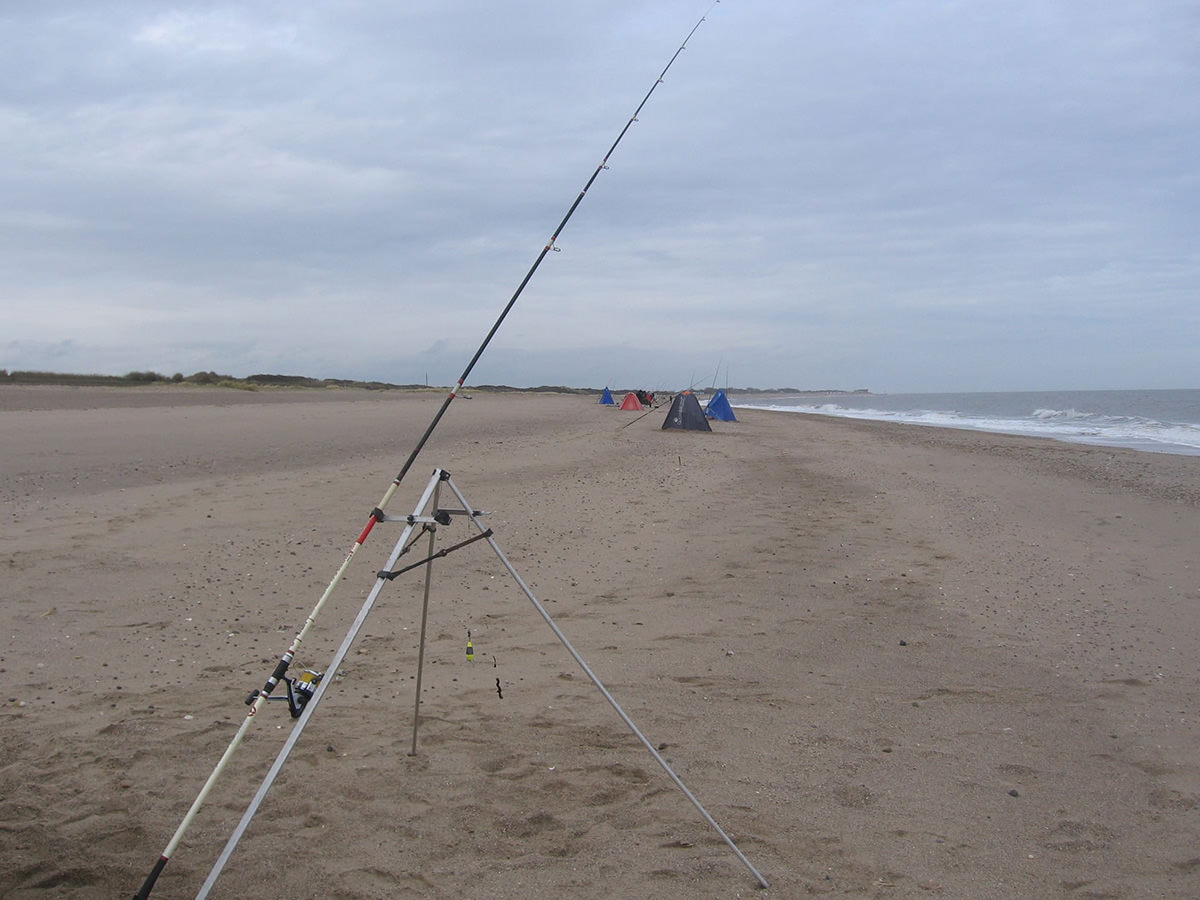 As predicted the fishing was very slow as it tends to be at this time of the year with a small tide and unusually clear water not helping matters. Most anglers struggled to record fish in the first hour of the match with only a few fish being caught as it progressed along the entire match length. The experienced match anglers had to adapt their approach to scratch out a podium result today. Either by dropping down hook sizes and fishing fairly short to medium range or reducing the number of hook snoods to gain extra yards to find any feeding fish at distance. 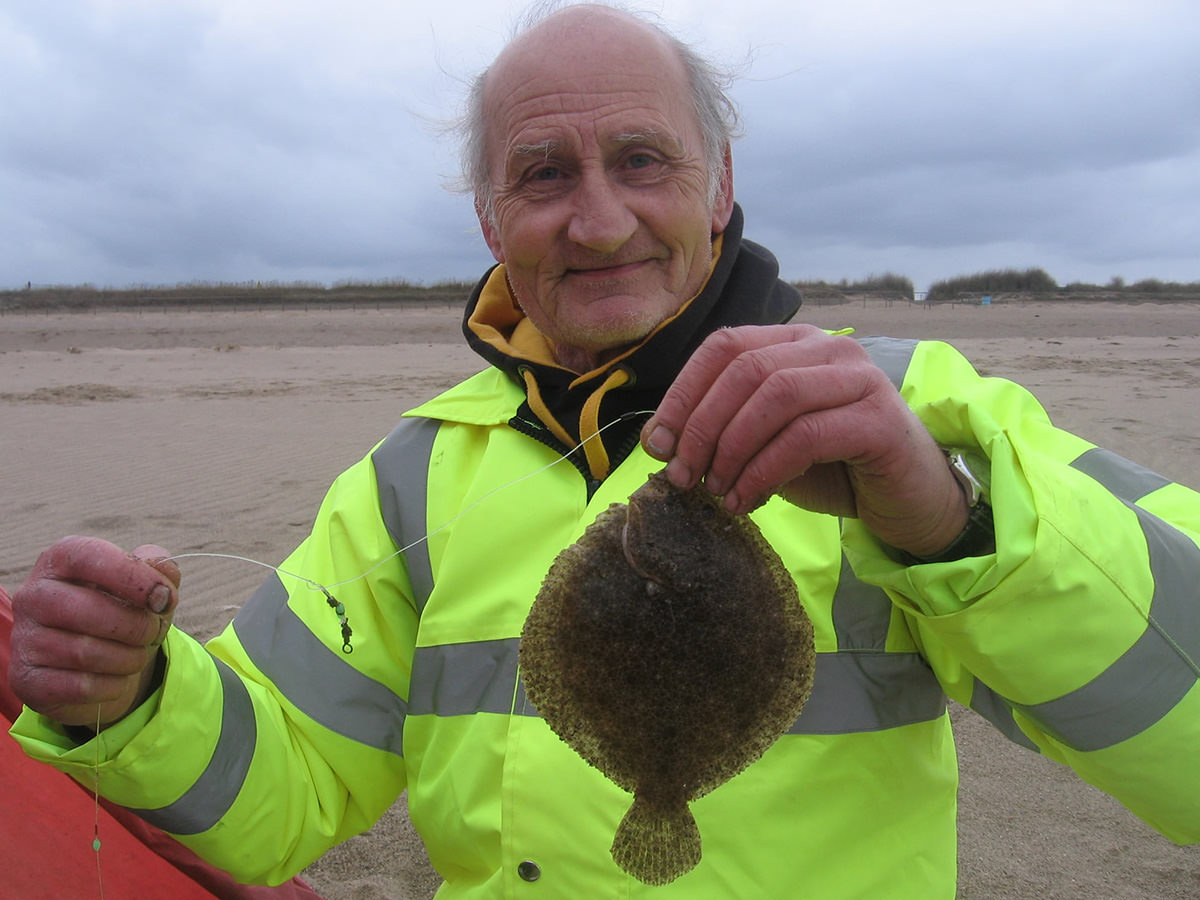 The match winner Rick Jarvis with a turbot

Rick Jarvis has earned a reputation in the club for his consistent match placings on the hardest of days, he fished three hook flappers at medium range to winkle out four fish for the winning length of 89 cm made up of a bass, dab, whiting and a turbot for first place. Very well done Mr Jarvis for a great result on a very hard day. Adie Cooper fished at all ranges and employed slider fishing techniques close in to search out the entire area or his peg. He located and caught four dabs at long range for 82cm and second place. Karl Nangle showed his class to find two dabs on a clipped down rig again at long range, for a total length of 55cm and third place. In fourth place narrowly missing the podium was Chas Tibble, who expecting a hard day, set his stall out with a two-hook rig to increase his casting distance and as a result caught two dabs, fishing a maximum range with fresh yellowtail lug. 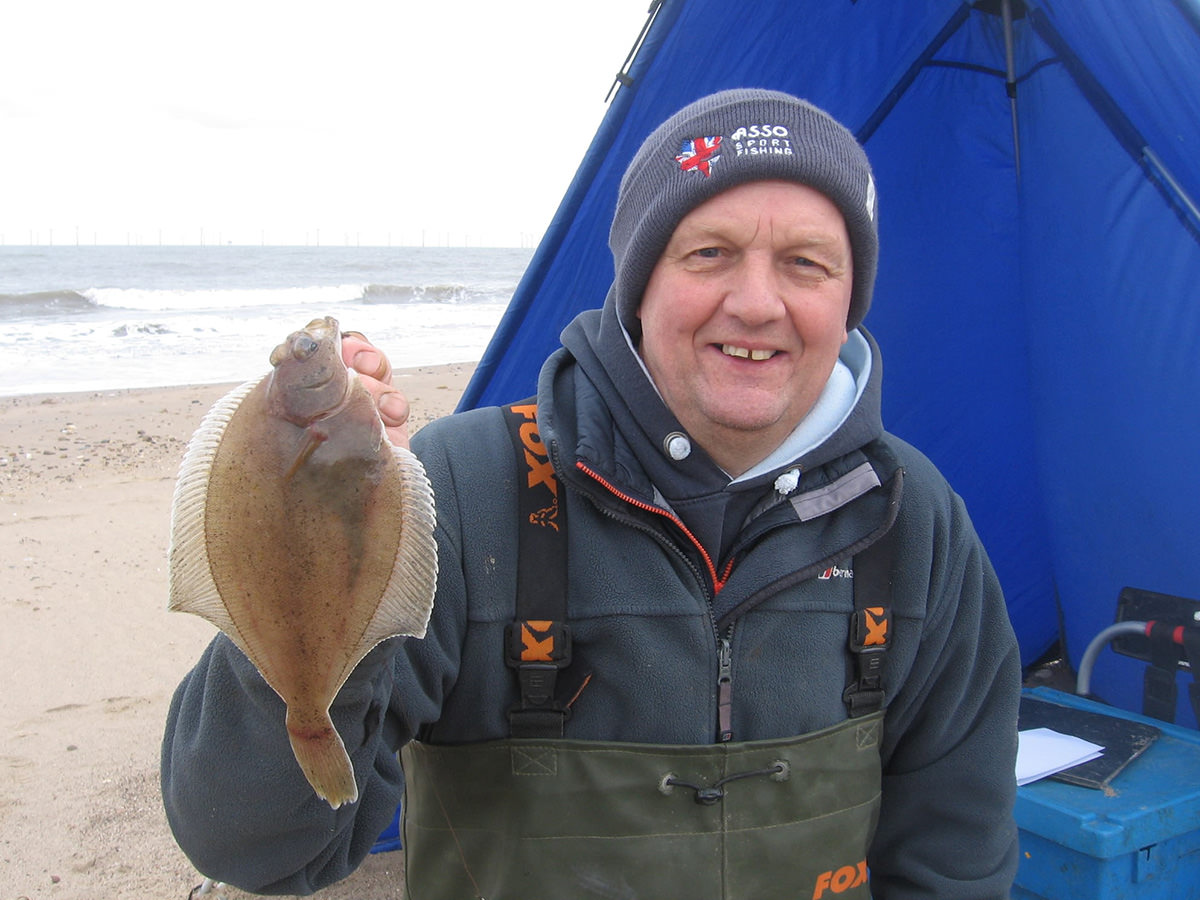 Karl Nangle with one of his dabs

It was really impressive to see the top angers at work in difficult conditions catching fish whilst a lot of anglers including myself stood watching motionless rod tips. The rest of the field caught single fish included Jason Broughton (5th) and Paul Denholm(7th) with a dab and a flounder and a last cast coalfish saved Richard Leighton(6th) from a blank. The seven remaining anglers received one point toward the overall league result but did not record a fish.

The Next match will be fished in three weeks’ time so by then hopefully the fishing will improve. I will send out dates and venue details as soon as I have them from the match organisers. 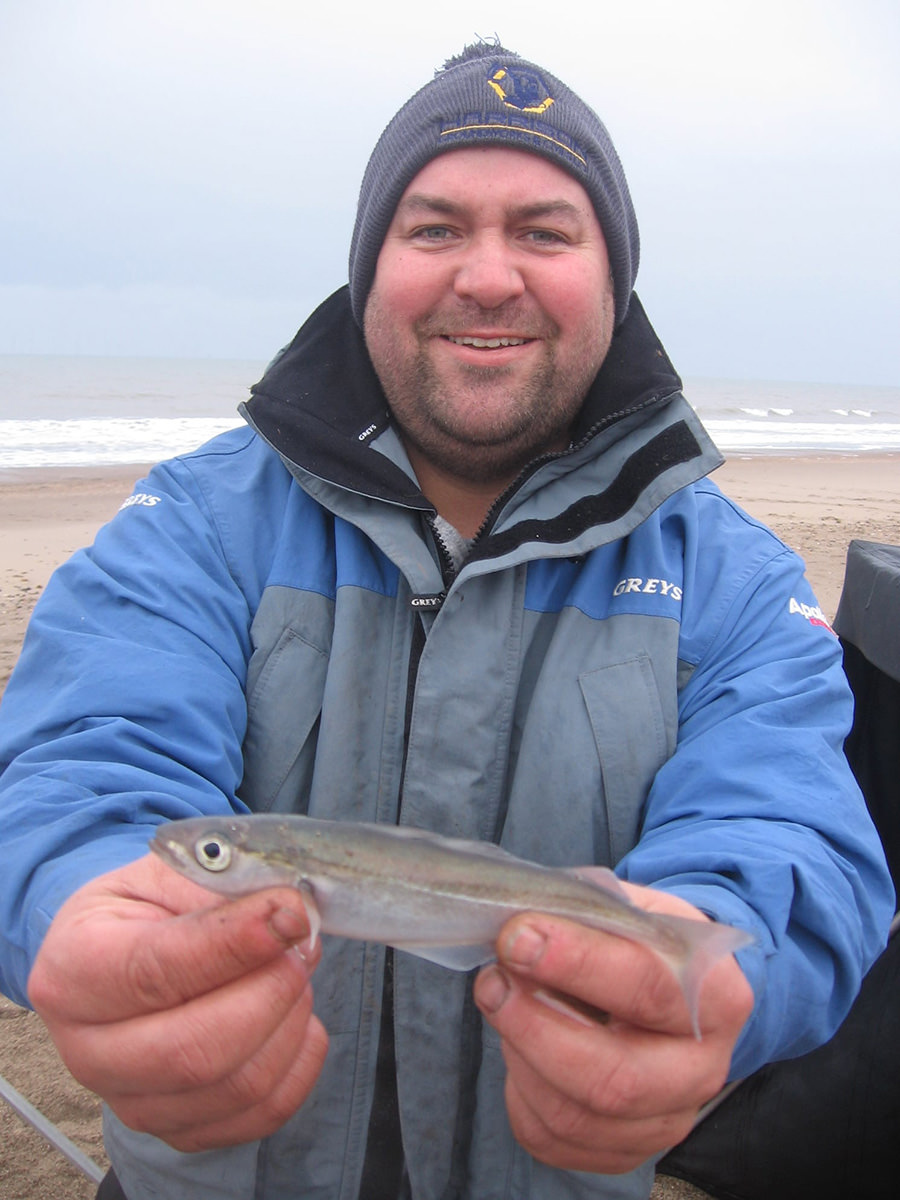 Many thanks to Lakeside Leisure for the use of their café and the free hot drinks during the presentation.

The club has friendly atmosphere and I learnt a lot just watching the top anglers in action during the match. Everyone in the club is very approachable and willing to help any angler starting out in the sport. Hopefully I will see you at the next match.

Medlar is majestic at Mundesley