A very prolific week in the main this week on the Lancashire coast. The sea fishing has been good most days especially the tides in darkness. There are plenty of small fish around such as dogfish, whiting, dabs and flounders with the odd bass and codling. There were a couple of days that didn’t fish well for some reason but as a whole not a bad week.

Tom Kay fished a low water session at Rossall the other evening. After a few whiting he bumped in to a 68cm 7lb cod on freshly pumped black. 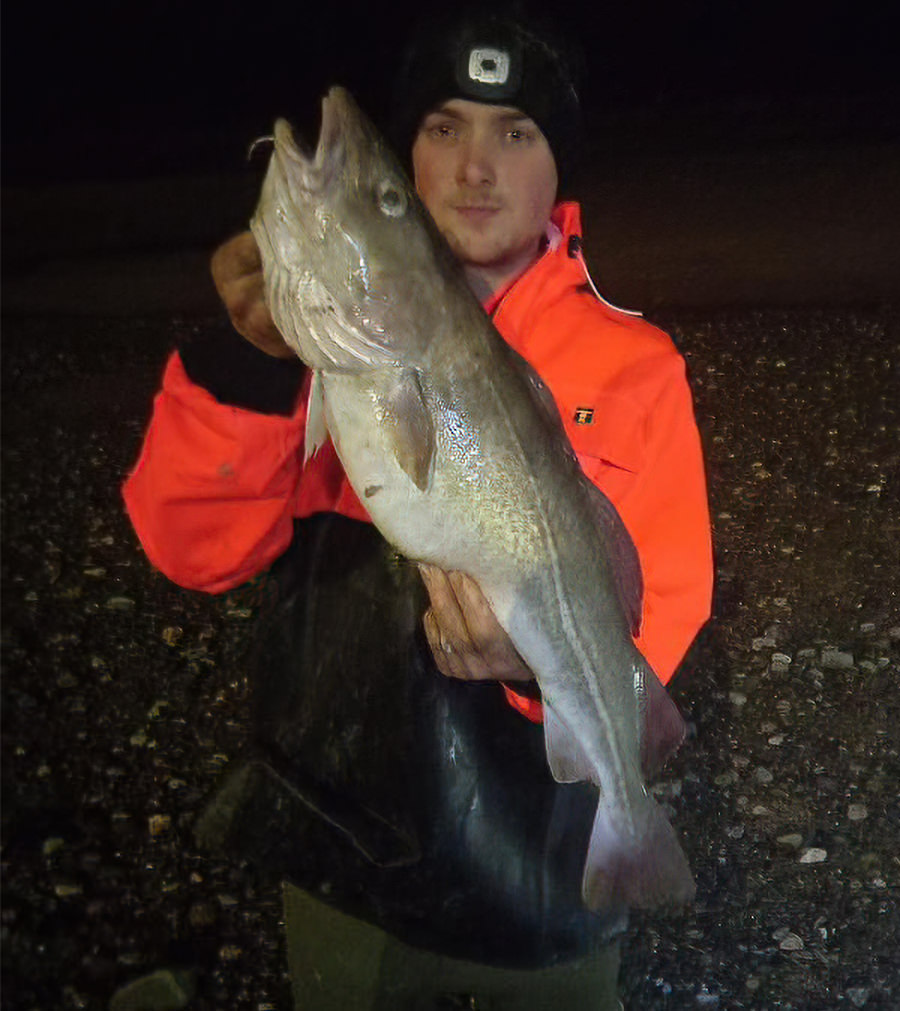 Saturday, westerly wind, overcast and still mild. Quite a lot of fish about at Beach Road and Dronsfield Road. Today for their Blind Pairs club match cold, northerly wind and blue skies and a lack of fish.

The match was fished by twenty-two anglers, not bad considering a few were at a match at Silloth today, and a lot of members fished the Martin Green Memorial match yesterday.

Fishing was very slow, with mostly small whiting, the odd rockling and flounder. Most baits were coming back as good as they went out.

Out of the eleven pairs nine posted a score.

The biggest fish prize goes jointly to Fred & Alan for their 40cm flounders. The golden peg card for £10 was won by Brian Nixon. They had the weather but sadly not too many fish. Thanks again everyone.

First time on this page looks Good . I WILL BE BACK!