It all started so well, a good weather forecast, although a little breezy, dry, an 8:00pm high tide and 16 keen anglers arriving on time for drawing pegs at 6:00pm.

Cley is always a bit of a peggy venue, so all were crossing fingers hoping they pulled a good peg be it on the right or left. The moon came out, we cast off at 6:30pm fishing to size in anticipation of a good catch. If last weeks match with 12 anglers caught 207 fish, then 16 anglers should be hitting the 250 mark, or so you would think. 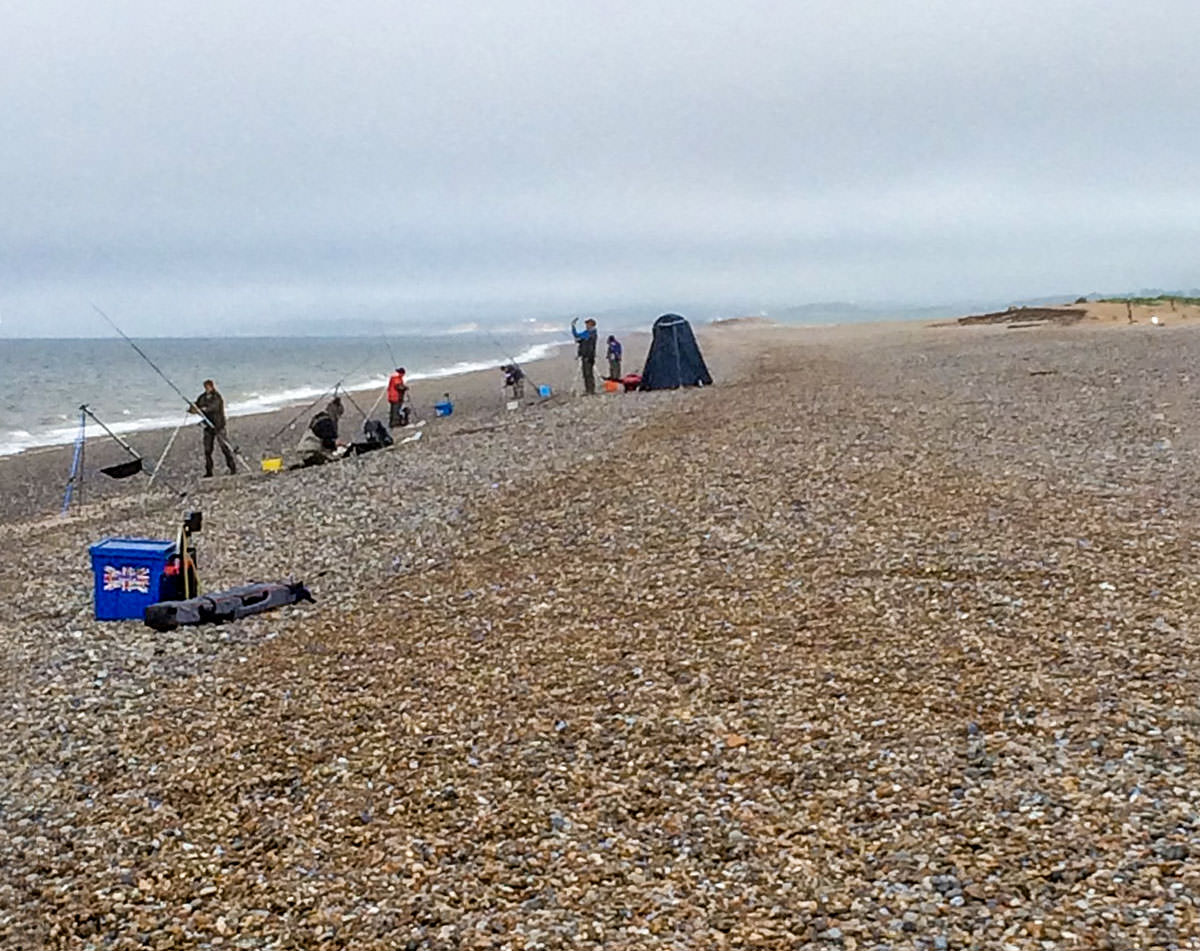 A few early “small tings” appeared, then the small dabs, then the crossed lines, then the snags in Cley mud or in the shingle gully close to shore. It may have felt like it was going to be a special night, it certainly didn’t live up to the anticipation. Local legend “Pond Pete” dropped by and lifted spirits with “they’ll be a few fish around after high tide”, little did he know. The night whilst pleasant was not going to be a fish fest.

In total only 30 fish caught, of which 21 were dabs the biggest being 25cms with the prize for biggest flat shared between peg 11 (Roger Cunnington), peg 3 (Stephen Medlar), peg 2 (Nathan Drewery) and peg 10 (Colin Bailey).

Of the 9 whiting caught John Catchpole on peg 9 pulled in a 34cm specimen. John went on to win the podium spot with Roger Cunnington taking second and Ian Childerhouse in third place. So, it may have started well it certainly didn’t finish well or live up to its potential. 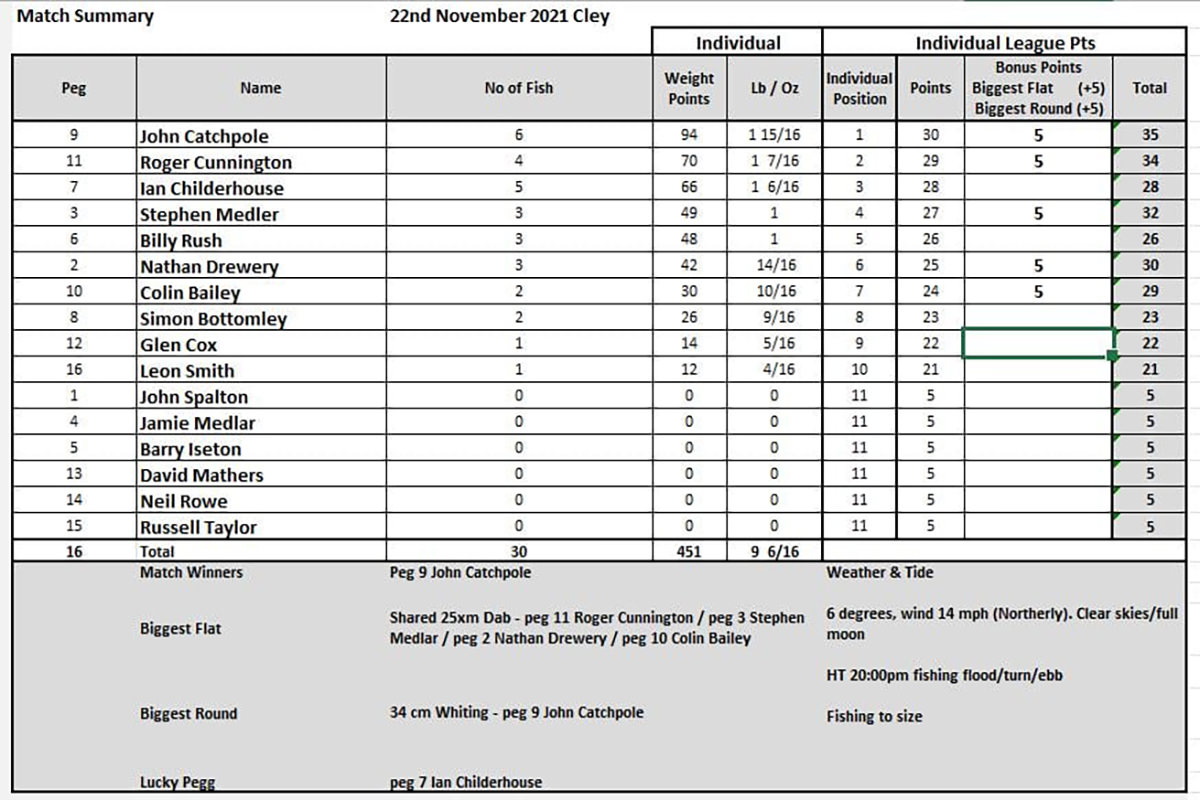 There’s always next week’s match at Overstrand back on the sand to get the fish count up. Well, done all who fished, it was one of those tough ones!

And finally, a big well done to the NAC Teams A/B who fished the Team of 5s match at Great Yarmouth at the weekend Gt. Yarmouth. (NAC Team A: Roger, Will, Nathan, Simon, John S & Team B: Neil, Greg, Richard, Dave)