Whether we like it or not we are slipping very gently into our Autumn season when the species of fish will slowly change. It has started already with more dogfish being caught this week and the ever-faithful autumnal whiting appearing in bigger shoals.

We have also seen the odd codling being caught; lets hope this cod season will be better than the last few when very few were caught on our part of the coast. Signs are good with early codling being landed on the south coast, and I think it will only be a matter of time before we will be also catching them.

The boats this week have had a reasonable week, with smoothhounds still there to be caught and the biggest reported this week was 17lbs. Local boat angler Dave Hollands told me that he has noticed a change in fishing in the last couple of weeks. He said that more whiting are showing, plus dogfish and thornback rays, although the rays are on the small side.

Neil Marples fished from his boat off the Walton coast line and reported plenty of dogfish, eels and whiting being caught. Neil also landed a 7lb smooth-hound.

The beaches and piers are also seeing the change into Autumn with whiting showing on all the beaches after dark. 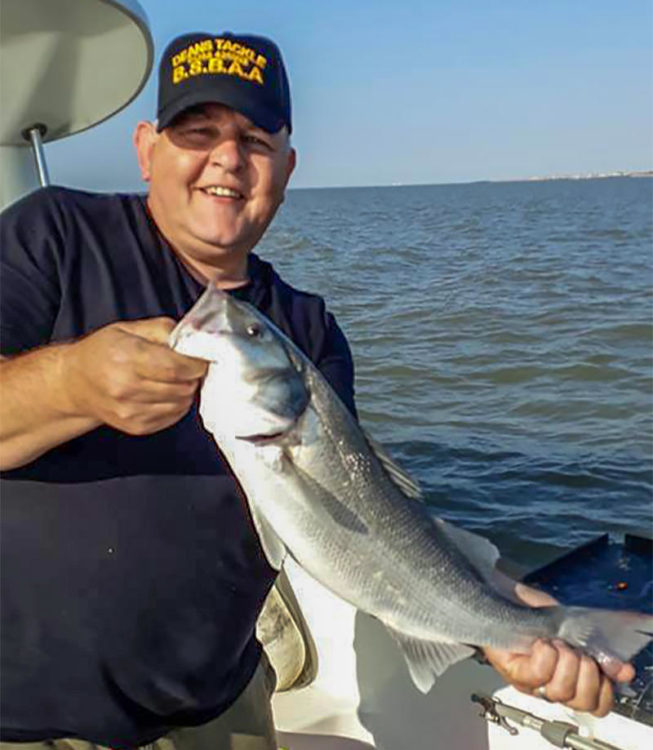 Clacton Pier has also seen an increase in whiting and dogfish especially after dark with school bass and thornback rays still showing.

The Holland beaches are also catching whiting after dark along with dogfish and the odd sole.

Down along the Frinton beaches thornback ray have appeared again along with eels, flounders and the odd sole. Reports of one or two big fish lost after dark where either the line or hook has parted, are probably large stingray. Usually by the end of August these heavy weight rays have disappeared completely, but with still very warm water they seem to be hanging on!

Walton Pier has come into its own this week with thornback rays moving in close again and being caught from the top of the pier; squid is still top bait. Sole are being caught after dark from both the head of the pier and on the sands at the bottom.

The Walton Pier Club held their first match of the Autumn season on the local pier and 21 eager anglers turned out to fish the ebb tide. Conditions were good with a gentle breeze and a fairly flat sea, not all anglers caught fish but there were several rays to over 4lbs caught along with sole, flounders, wrasse, eels and some school bass.

The Walton Sea Angling Club headed for the Holland beaches for their evening match on a very calm night. The sea was very clear and that showed in the final result with only a few fish caught.

Rob Tuck was the top angler on the night catching seven bass for 128 points, second place went to Vic Pearce with two bass for 28 points and third placed Chris Mills had one bass for 16 points. Rob also won the heaviest fish prize for his 34 cm bass.