MV Kailee left Collafirth pier on north Shetland Mainland with a full complement of eight anglers at about 07.30 in the morning. The day was fine despite a north wind and light snow showers, the long, lazy two metre swell meant that the crew would enjoy a smooth steam to the marks. All aboard the boat enjoyed the stunning scenery around the rugged sea cliffs during the two hour trip to the north as they organised their gear for the day. 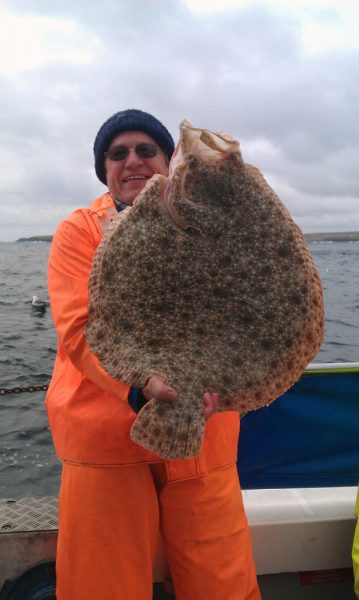 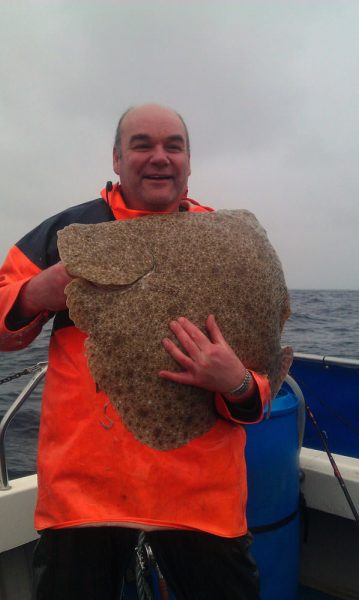 On arrival at the grounds all were eager to try for the mighty turbot, a species newly targeted in these northern waters. Skipper Kevin Tait set up the drift which would cover the turbot’s preferred habitat among the tide scoured sandbanks and each drift would last around 25 minutes before he would have to steam back to the start.

A shout from Kevin and all eight fresh mackerel strip baits were soon on their way to the seabed. It wasn’t long before the first fish fell to Basil Thomson’s rod and an eight pound, diamond shaped turbot was soon flapping on the deck. Into the second drift and a call from Tommy Tyler indicated that he had what he thought was a better fish hooked. His assumption was soon proved correct as the sandy shape of the big flatfish surfaced from the deeps. Tommy’s fish was weighed on board at 23½lb a great fish by any standards. However the next drift saw this fish topped when Ken Graham produced a terrific turbot which when weighed on the shore bumped the scales down to 24lb 14oz, just 6oz under the current Scottish record weight. 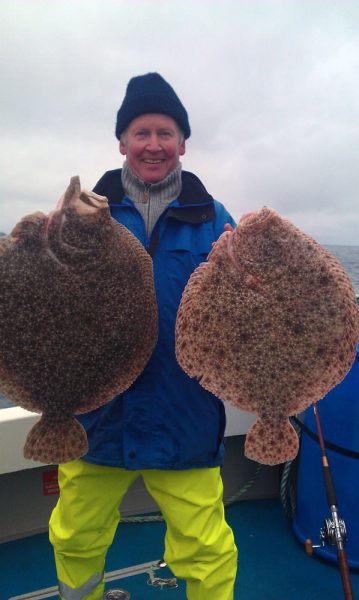 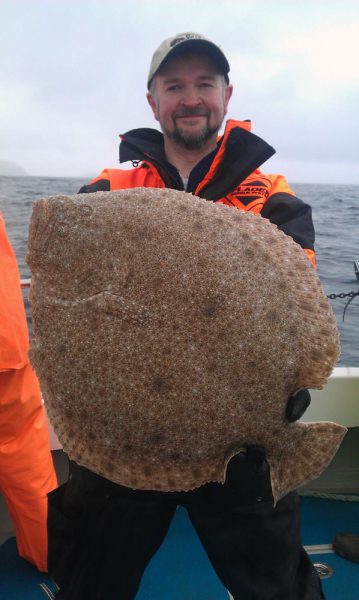 Most of the anglers had new personal best turbot during this trip and at the end of the day 11 turbot in total had been landed.

All the anglers used flowing beaded traces with five inch spoons which were supplied by local tackle dealer and angler Charlie Hunter of Ocean Tackle. Any visitors to the Islands are well advised to visit Charlie’s well stocked Lerwick shop for a wallet emptying session and invaluable advice.

For more details on MV Kailee and to book a trip with local skipper Kevin visit his website at www.northmavine-charters.shetland.co.uk