Plenty of fish about the Lancashire coast this week mostly still on the smaller side but there have been a few better sized fish being caught. Black lugworm and ragworm seem to be the best baits at the moment and low water is producing the better fish as usual.

Dave Brown was out on Tuesday night, with a tiny tide he fished the ebb and caught whiting from the start, then he had a really decent pull down and was into something that actually pulled back. 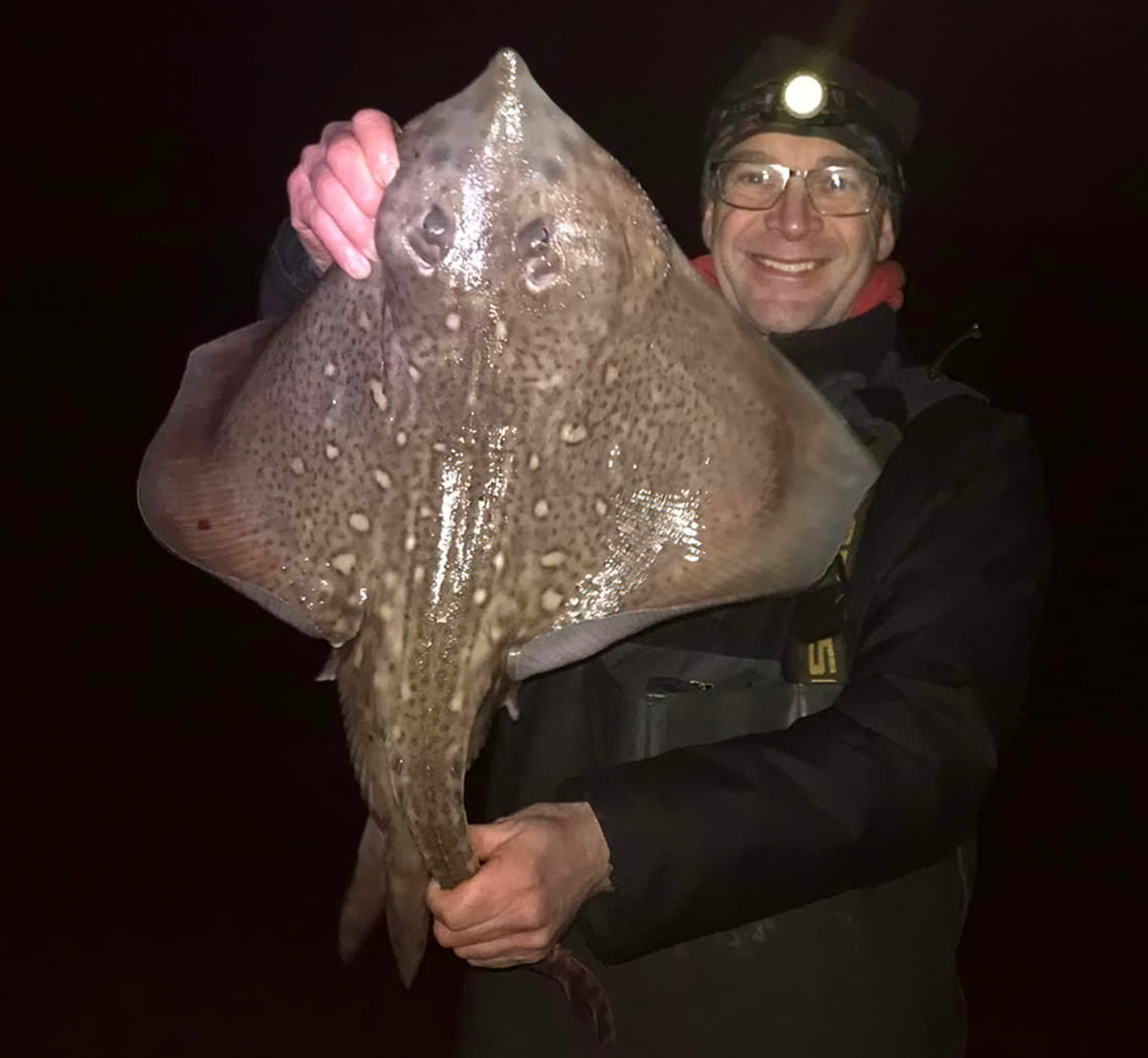 Dave Brown with his thornback ray

It turned out to be a 6lb 6oz ray, a first for Dave in January! Later on he had another slightly smaller ray.

Thanks again to the nine members who supported the match. 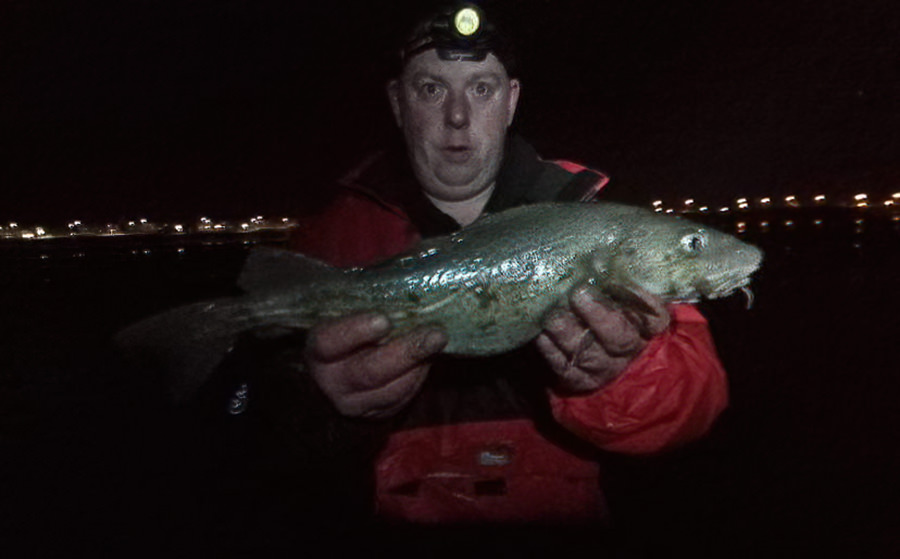 Paul Smith with a nice codling caught at low water

Fleetwood and District Angling Club were out and due to adverse weather their match was moved from the Miner’s Home to Marine beach.

The format remained the same, best combined flatfish and round fish score. Twenty-four anglers fished with over half catching fish, but only two had the required flat and round. The fishing was slow only improving in the last hour, when the whiting began to bite.

Sea conditions were good not to rough, and a bit of weed at times. Congratulations to match winner Dave Wilson and second place Steve Nicolson.

As no one else had a flat and a round third place went to the most fish, Trevor Barnett had five, three codling and two whiting winning £20.

The best fish went to Dave Wilson for a 36 cm flounder worth 17 points, winning £24. 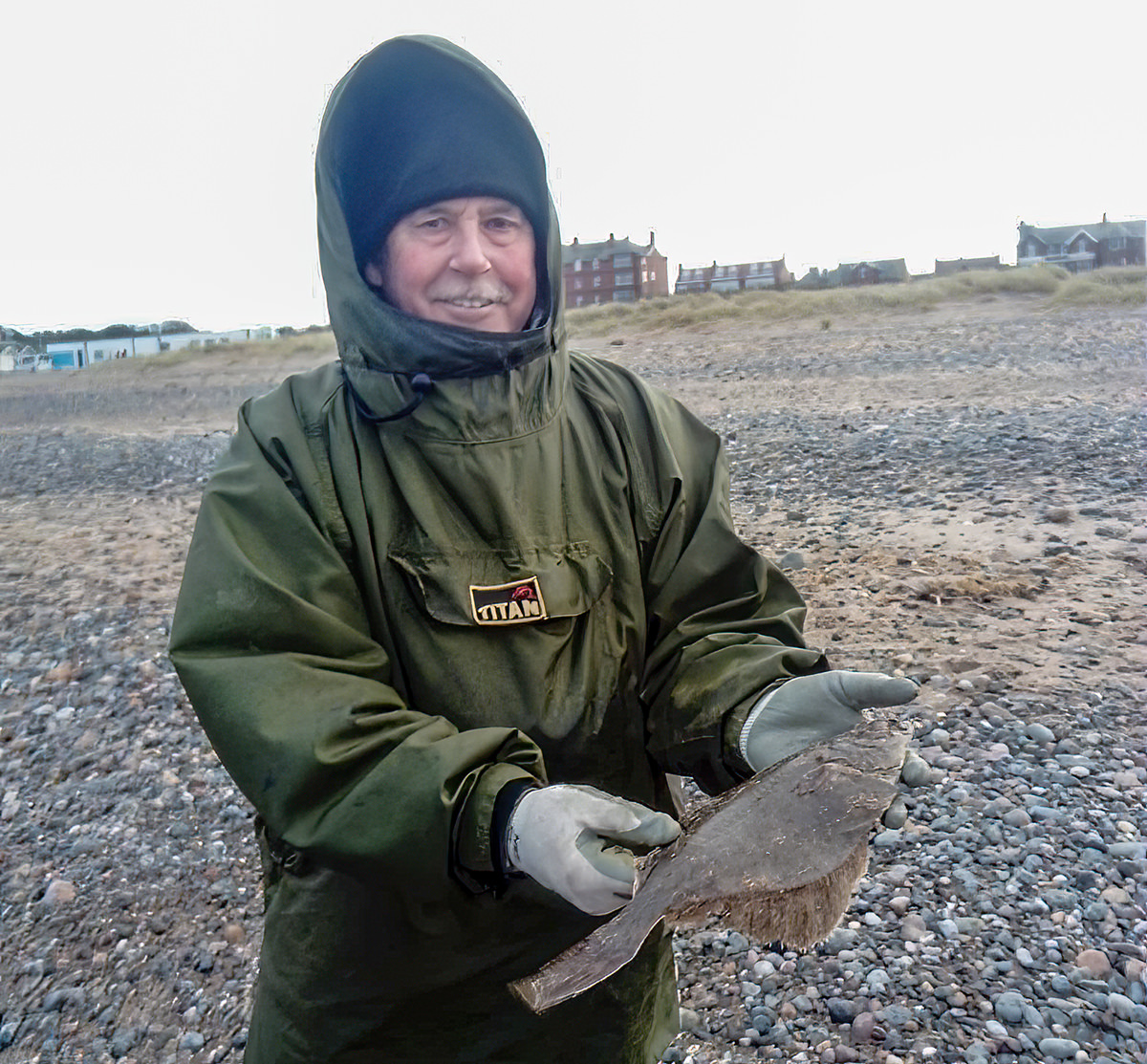 Dave Wilson with the best flounder

Next week’s match is at Beach Road, Fleetwood with fishing from 9am to 12 noon followed by the AGM at Fleetwood Conservative Club at 1 pm. If there are any anglers thinking of joining the club, this is the perfect opportunity to come along and join.