Much the same as last week for the boats with plenty of rays feeding and dogfish from most venues. Most of the rays are around the 5lb mark although there are one or two bigger ones showing. Dave Hollands landed a 12 pounder from his own boat, and also reported that dogfish were in abundance from all venues.

Bass are still being caught and fish to 6lbs plus have been reported. The odd smoothhound has also been caught although I think this could be the last week we see them until next year.

The beaches have also had a similar week, although the whiting shoals have got bigger and all venues seem to be packed with these fish. Great news if you don’t want to catch anything else, but it is difficult to get your bait through to a different species of fish without whiting grabbing hold of it first!

Clacton Pier saw plenty of whiting with some thornback ray. Bass are still showing here as well, not much news on codling here this week, but there will be one or two to be caught. 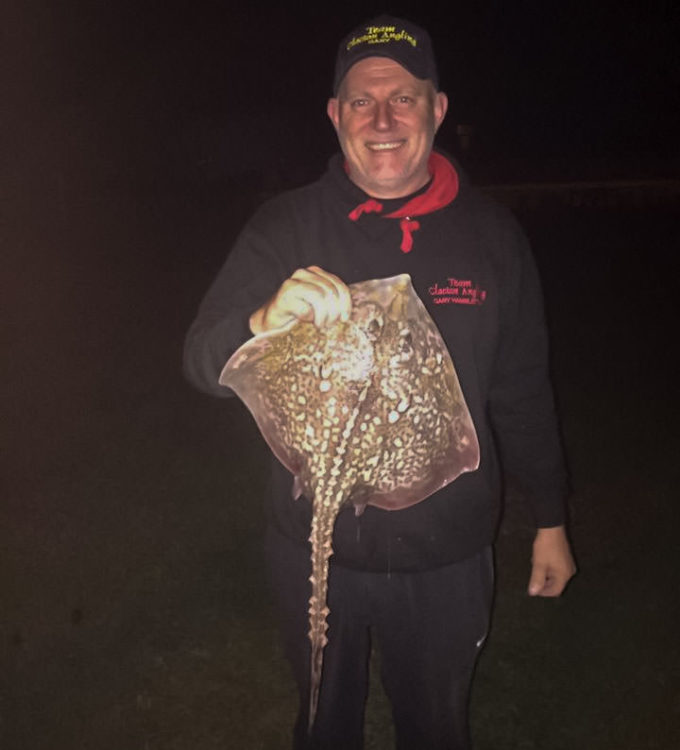 Colchester Sea Angling Club fished the last evening match of their Colchester Bait and Tackle matches on the Clacton beaches.

It was a calm evening with only light winds. 13 anglers fished and all caught fish, mainly whiting but some bass, sole, flounder and rays were caught.

The Holland beaches have been slow, the sea has once again been fairly clear and daytime fishing has been a struggle. Try the night tides and if you can get through the whiting there are rays to be caught. 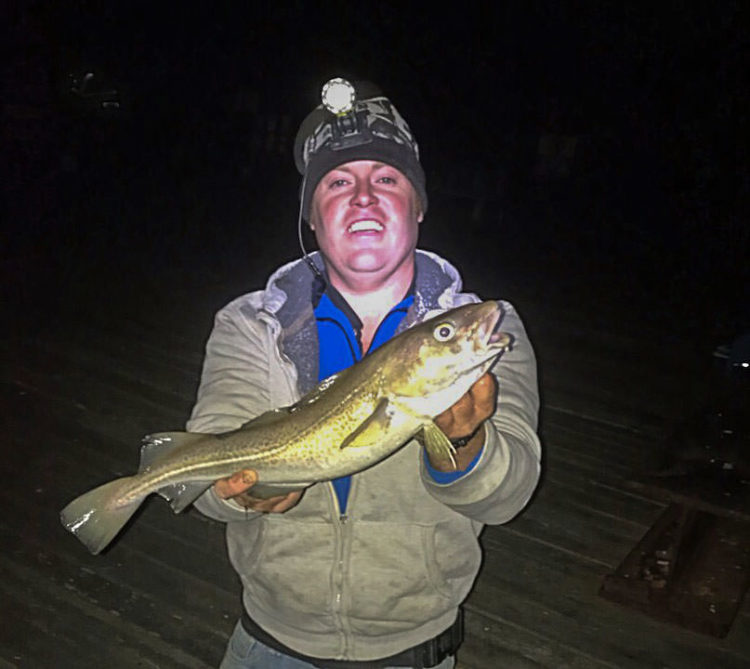 Rob Tuck looks pleased with this codling from Walton Pier

Walton Pier continues steadily to catch fish, once again rays from the head of the pier along with whiting and dogfish. Dabs have started to be caught this week and on calm days they can be great sport on light tackle.

Walton Sea Angling Club fished their evening match from the top of the pier. They fished an ebb tide and fairly flat sea. Once again whiting were the main catch plus dogfish, dogfish, dabs and a solitary codling.