Quiet Times On The Essex Coast

We certainly are into the angling blues of winter, we seemed to have reverted back to one of the good old-fashioned Januarys when it is difficult to find a decent fish to catch or in some cases even a bite!

The first month of the new year can be a difficult time as the thornback ray and cod, which are very scarce, have moved off shore into deeper waters and most will be laying dormant until the water temperature rises a degree or two and then they will start moving back and feeding again.

There are still a few fish there to be caught, mostly small whiting and dabs with the odd thornback from the beaches and boats.

Dave Hollands launched his boat from the Gunfleet Boat Club ramp, he reported that the fishing was very slow with just a few pouting, a small bass and one thornback ray.

The Holland beaches have been very quiet with small whiting and dabs, and this seems to be the same all along our beaches.

Walton Sea Angling Club headed to the Frinton beaches for their latest evening match, They fished over high water on a breezy night and the fishing was slow although as the tide picked up small whiting and the odd rockling were caught. 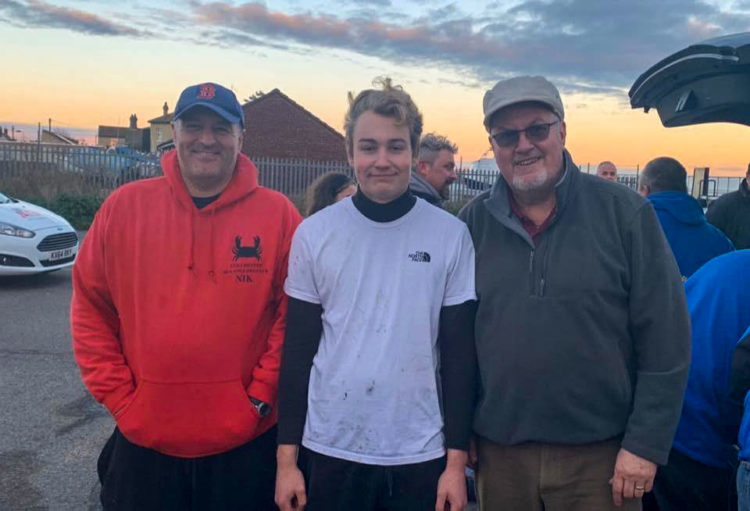 The heaviest fish prize went to Rob Tuck with a 31cm whiting.

Colchester Sea Angling Club fished their first league match of the year on the Felixstowe beaches, and 23 anglers were greeted with blustery winds although it did stay dry all day.

The fishing was patchy but with everything over 18cm counting there were plenty of fish to be carded.

Most of the fish caught were small whiting, but there were the odd bass, pouting, dabs and rockling caught.

First on the day was Olly Yallop with a bag of whiting and dabs 5lb 8oz, second was Nik Highfield 4lb 5oz and third Dave Clark 4lb which included the heaviest round fish prize an 8oz whiting.

The heaviest flatfish prize went to Gary Hambleton with a 7oz dab.