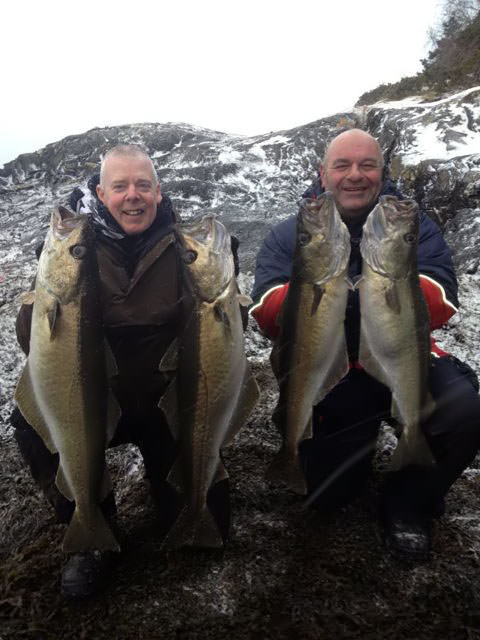 The Bristol boys had their annual March trip to Skarnsundet Fjordsentre this week. Steve Ace of Veals is on his 12th trip to the venue in the last four years and loves the shore fishing on offer.

This week the cod fishing has been a struggle and the usual numbers of fish have not been around. Fortunately, the pollack fishing made up for the lack of cod action during the week. A hectic two hour session on a new mark, produced 16 Pollock, with six over ten pounds. This mark is going to be interesting in the coming months as the pollack start to spawn. I think a 20 pounder will be on the cards.

The lads did catch two double figure cod the notorious Stus point, losing a bigger fish near the surface, which gives high hopes for this week’s group.

Steve caught the first plaice of the season and at 3lb 6oz it is a sign that the fjord is taking a turn towards spring. The next seasonal visitors should be the sea trout, if things run to form.

The group took a trip up to the coast to try for a halibut or two. Steve got a bit more than he bargained for when a monster fish dragged him over the side of a cliff when the line wrapped round his reel handle. Fortunately, he was none the worse for his ordeal shown here on YouTube. 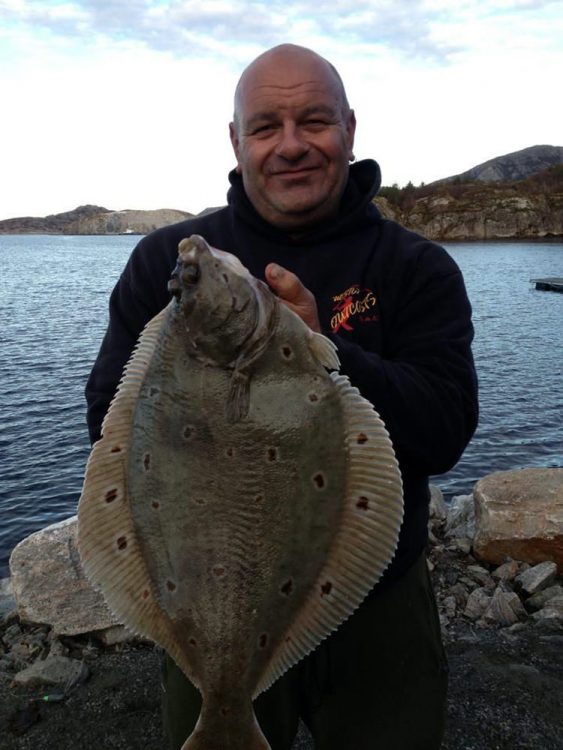 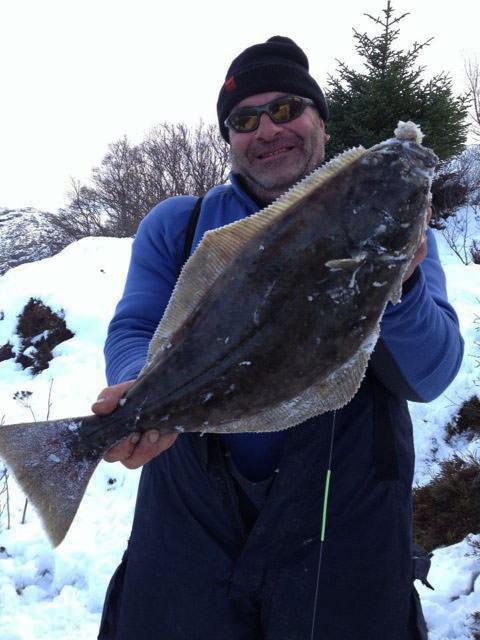 However the Greek god (Phytos) triumphed when he landed his first ever halibut.