Long term planning meant that a group of guests from the Chesil Beach Forum and the Seven Estuary in the UK enjoyed a productive holiday with Phill Dale at Skarnsundet.

The first of the seven-day fishing trip produced the fish of a lifetime for Paul Tipper when he hooked and landed a magnificent 32lb 9oz cod. The monster took a rag and herring bait fished about 50 yards out from Stus point. 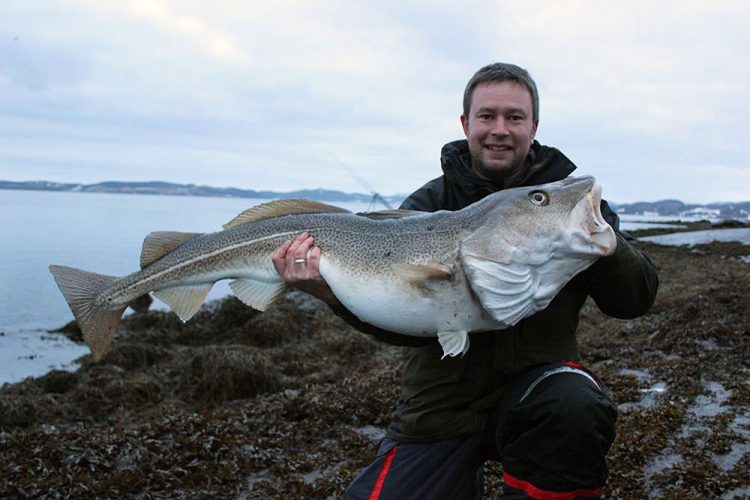 This same mark produced another 30-pound cod the previous week proving that Stus point is an ebb mark that holds some magnificent cod.

Paul experienced one of the most amazing sights in cold-water fishing as the fish was returned to fight another day.

The next cast produced a 15 pounder for Paul and a 12 pounder from the field at Straumen. 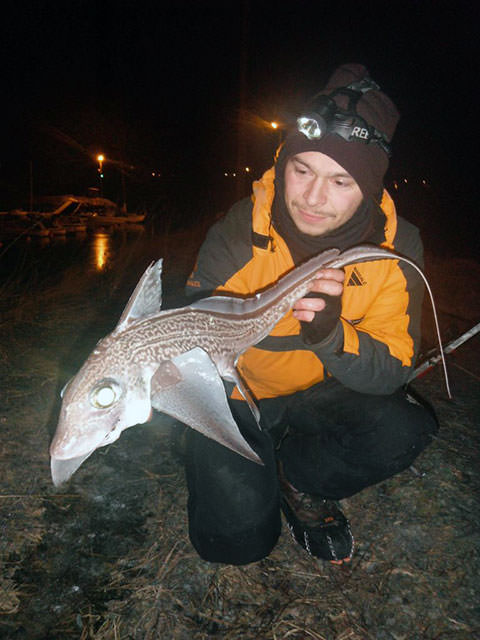 Haddock were on the wish list for the group and they were disappointed as fish to 7½lb were landed. Best bait for the haddies was rag or blacks with Shrlys beach being the most consistent mark.

John Strange was patiently waiting for a typical big cod pull when his bait was snaffled by one of five seatrout landed during the week.

Other cod caught during the week included a 171/2lb fish from Straumen field and pollack to 11lb and a near European record ghost shark or rabbit fish added to the variety for the guests.