Mackerel angling has picked up with the bigger tides and clean water conditions, all of the Hartlepool piers are producing fish with a few double figure bags on early morning tides. Lures are still taking plenty when there is a bit of a tidal flow; at other time float fishing is the most productive method that has also produced a few bonus coalie, pollack and bass. Those anglers bait fishing with ragworm baits have been rewarded with large numbers of dabs during daylight hours and whiting have been moving inshore during late evening and nighttime tides. Plaice are still in short supply but odd specimens have been taken from Parton beach, Crimdon, and the Durham beach marks. Fresh mackerel strip has produced the rare turbot from the clean ground beaches.

Elsewhere the Region’s piers are much the same with mackerel, coalfish, pollack, cod, whiting, and various flatfish species all showing on most tides. Roker pier, South Shields pier, and the lower Tyne marks continue to be the most productive for a wide range of species with bigger plaice, and cod up to 4lb showing from South Shields pier. 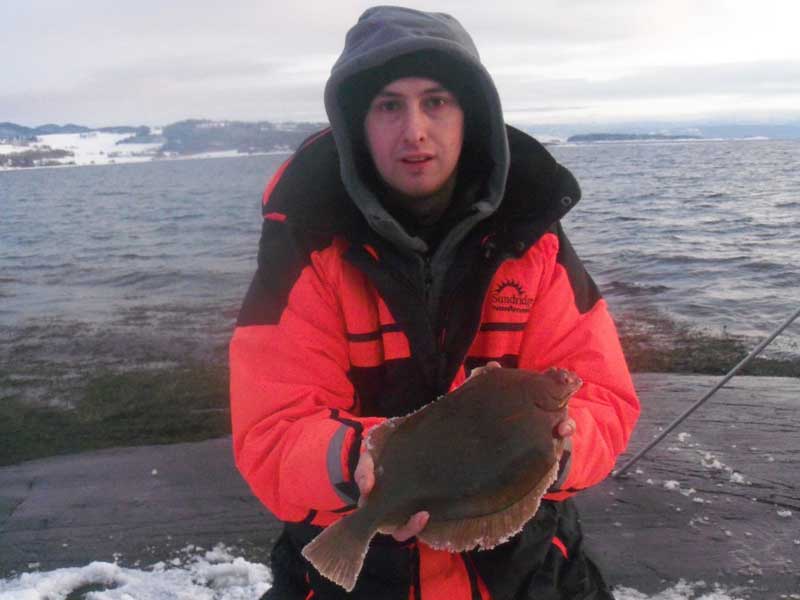 The last Tynemouth retired members match saw the usual mixed bags coming from the lower Tyne. Tony Anderson won with six plaice, including one of 1¾lb, and a gurnard for at total weight of 7lb 11oz. Neil Carter went for the pollack and landed four totalling 5lb 13oz and Arthur Smeaton targeted the flounders to land eight weighing 5lb 10oz.

The Northumberland rock edge marks have also produced the fish with the bigger tides. Over the border, Eyemouth and St. Abbs are popular venues for cod, pollack, coalie, wrasse and mackerel, all taking bottom and floatfished baits as well as lures. Mick Hardy won a Blyth match with three smaller cod for 3lb 9oz from Alnmouth; John Herron had the heaviest at 3lb 3oz from the same area.

Boat anglers are starting to take some bigger fish now, with fresh mackerel baits picking up the bigger ling and the increasingly popular shad lures are producing lots of cod and pollack. The Sarah JFK out of the Tyne took over 110 fish during a recent trip that included 40 double figure specimens. The best a ling of 24lb for Paul Cowan, a ling of 18lb for Gary Parker, and one of 17lb for Nigel Osbourne. Cod to 9lb, pollack to 8lb and catfish to 6lb were taken. The Sapphire out of Sunderland landed cod to 7lb and ling to 14lb while up at Amble the Serenity had similar results from the inshore ground with lots of coalfish to 4lb also showing. The Evelyn Jane out of Hartlepool reports huge numbers of mackerel and whiting, good numbers of cod to 8lb, and the occasional specimen haddock.