Shore sport has improved from all along the N.East shoreline.  Fish have moved inshore regardless of the conditions and some good bags of cod have been reported.  Whiting have also moved inshore in numbers with most tides producing quality fish to 1lb or more. Bass and big winter flounders also on beaches when there has been a surf running.  Steetly Pier has been consistent for cod, whiting, and dabs. Roker Pier has seen similar results and the rock edges between Roker and South Shields piers have produced odd better cod on night low tides.

Decent bags of cod from South of the Tees where Dennis Thompson won a recent Whitby A.C. match with 7 cod for 27lb. Mick Chadwick won the recent Whitby open with a bag total of 20lb – best just under 17lb.

Whitley Bay Open report: With the sea calm many top rods headed for the lower Tyne where some good sized coalfish where taken along with whiting and odd codling. Chris Stringer of Whitley Bay left all in his wake, taking seven coalfish, two cod and three whiting for 13lb 13oz. It has been a few years since the Tyne produced good numbers of better coalfish, but there were some around 2lbs and Chris’s bag included bag included a 3lb 1oz cracker. The rock ends also produced fish. Darlington’s Steve Coverdale fished Collywell to claim second place with 7lb 11oz. Whitehaven angler Richard Ancell was third with three codling for 7lb 2oz from Dulce Carrs. There was a tie for the heaviest fish with Steve Coverdale and Darren Gains both with codling of 5lb 7oz 8drams. Andrew James was the top junior with three flounders for 1lb 14oz from Druridge, with Jason Crozier second with a bass of 1lb 6oz. Although there was no specific ladies prize Pauline Ferry topped the pile with 5 flounders for 3lb 2oz and won a sonic rod for 20th place overall. There was also a Sonik rod for Ollie Feenan finishing in 10th position. Of the 170 anglers fishing, 39 weighed in 83 fish for 132lb. 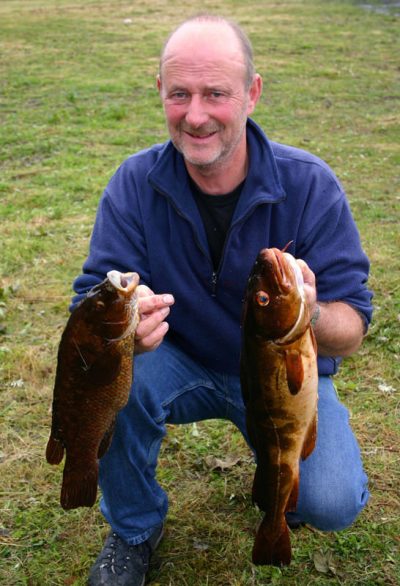 Eastenders Open on Wednesday night only saw 4 out of 16 weigh in. Gordon Ord needed only a flounder of 0 – 14lb to win ahead of Eddie Knightly with a whiting of 0 – 12lb.

East End and Hendon sweepstake on Thursday saw some better fish. Andy Rutherford won with a cod of 5 – 13lb from Seaburn; Barrie Robson had one of 3 – 06lb from Roker Pier; and Tommy Tate had one of 2 – 02lb also from the pier.

Tynemouth A.C. fished a winter league match last Thursday in flat calm seas and only two weighed in. Marty Elliott had a cod of 1 – 01lb from North Crab Hill, and Steve Harper had a pouting of 0 – 13lb from Whitley Pipe.

Ryhope club match on Sunday saw 17 out of 96 weigh in. Stan Longhorn had 1 coalfish, 1 flounder, and 1 whiting for 1220 grammes from Roker. There was a tie for second place with Keith Bell on 2 whiting, and Keith Wilcox on 2 flounders, both for 760 grammes. Gaz Watson had the heaviest round fish with a cod of 745 grammes from Hendon. Bob Surtees had the heaviest flatfish with a flounder of 585 grammes.

Coming up: Sunday November 23rd is the Seaham H.S.F. Open fishing from 11 am till 4pm between Hendon Groyne and Dene Holm Pipe.  The top three prizes are £1000, £300, and £100, plus the top two get a week-long holiday in Iceland. There are special place prizes plus disabled, lady, and juniors who will also each get a Daiwa bass rod. There is a £4000 supporting prize table.