Shore sport has been relatively poor lately for those anglers brave enough to venture out against the wind and rain. The Hartlepool and Durham beach marks have produced very little in daylight hours other than undersize dabs and the odd flounder. The night time sessions have been slightly better with whiting showing, but most of these are undersize thin specimens. Some bigger winter dabs are evident and just the occasional small but in size codling have been taken from the rock marks and from the promenade and low water marks.

There has been little point in fishing the rivers unless you want to catch tree trunks or dead sheep floating passed in the floods. The River Wear was more than twenty feet above its normal level early in the week, what should have been low water was more like high water. Fish will return of course once the flood water subsides and should feed heavily having not been able to feed in the flood conditions. Roker pier has seen a few whiting and odd bigger cod when you can avoid the fresh water off the pier end. The usual rock edge marks between Roker and South Shields have produced at least some cod, as have the low water marks north of the Tyne. Few club matches have been won with more than a couple of pounds of fish.

Seaham North pier produced a surprise thornback ray of 9.35lb for Dave Bond during a recent session, spotted rays and dogfish have also been reported, so as always anglers should be prepared for the unexpected. 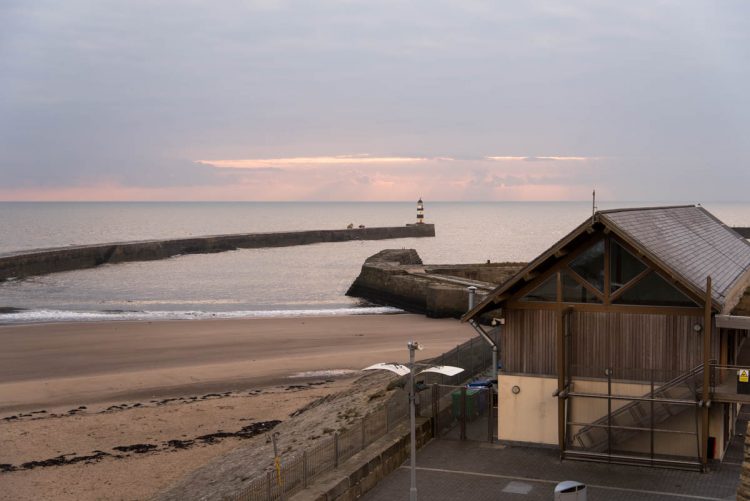 Boat anglers have also had some unexpected results. Boats out of Sunderland generally fish the inside ground during the winter months with uptiding a productive method. Few would venture out to the wrecks, however, Norbert Schroeder and Ash Orwin did exactly that, fishing a wreck seven miles off they took 20 ling to 19lb, pollack to 12lb, and cod to 9lb, mostly around the 5lb to 7lb mark. A day like this would be a good result in the summer months, it seems that winter and summer species are now starting to appear all year round, global warming perhaps?

Cleadon A.C. fished their John Taylor Memorial match just before the weather deteriorated and had some good results with 40 members bringing cod, whiting, and coalfish to the scales. Tommy Tate won with five cod weighing 14lb 6oz taken from Suicide Rock at Hendon. Gareth Gardner had three cod for a total of 7¼lb at Hendon, and L. Jackson had the heaviest fish, a cod of 6lb 3oz taken at Marsden.

North of the Tyne Chris Kell had one of the better bags of fish with three cod totalling 9lb 10oz, the best weighing 4¾lb to win a Blyth match. With nothing much in the Tyne Dave McLaughlin won a Tynemouth Sunday match with two cod weighing 6lb 07lb, including one of 5½lb from Castle Rocks. Dave Delaney only needed a single cod of 4lb 14oz taken at the Warriors to win an East End match.

South of the Tees a recent St. Mary’s match produced some nice mixed bags of fish with 10 out of 15 weighing in 35 whiting, six dabs, three cod, one rockling, one bass and a pouting. They fish a very wide area from Parton beach at Hartlepool down to Whitby harbour. Terry Dalton won with 17 fish totalling 9lb 5oz, Chris Woods had four weighing 6lb 7oz, the best a bass of 2lb 6oz, and R. Dalton had five fish for 4lb 4oz.