Mark Taylor fished last Friday morning on the Gyn Wall where he had a huge haul of 30 small codling. All fish where landed on a two hook flapper rig baited with frozen black worm. Stan Underwood fished low water just out from the Bull Nose at Clevelys. Stan landed 14 fish in total over the course of his short session. The bag included whiting, small codling and a cracking 5¾lb cod. All fish where caught on fresh black worm fished on a Pennel rig.

Idris Janjua fished on Friday at Red Bank Road casting from the Wall at high tide. The conditions were windy, and the sea state was rough. Idris reports it was a fish a chuck, and he had a mixed bag of codling and whiting, with his biggest cod weighing in at 5lb 2oz. All fish where caught on a size 2/0 clipped rig baited with fresh worm tipped with squid. 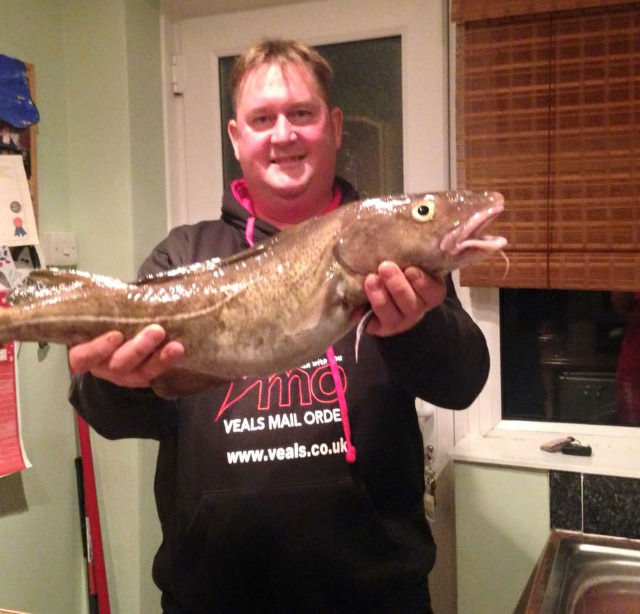 Member of Lancashire Sea Fishing Facebook page, Roy Pinchbeck was fishing the sea cadets at Fleetwood nearly two hours into the ebb and was packing up ready for home. But just before he reeled his line in the line went slack. There had been loads of weed on the ebb but Roy felt a good kick and realised that there was a decent fish on. It turned out to be a cracking cod weighing in at an impressive 8lb 2oz. The bait used was yellowtails and peeler crab cocktail using a 2/0 Pennel rig.

Meanwhile Kevin Fletcher member of Wyre Boat Angling Club launched last week and headed off to fish Rossall again. The fishing was fantastic for Kevin and dad Brian, they kept four cod with two of them weighing in at 3lbs and one at 4lbs and then the biggest being at 6.11lbs. The four-pound fish fell to baited cod feathers while the others were taken on Pennel rigs. The bait used was fresh worm and frozen razor fish. They also had three thornbacks, two small ones and one at 10.8lbs that picked up frozen squid baits. 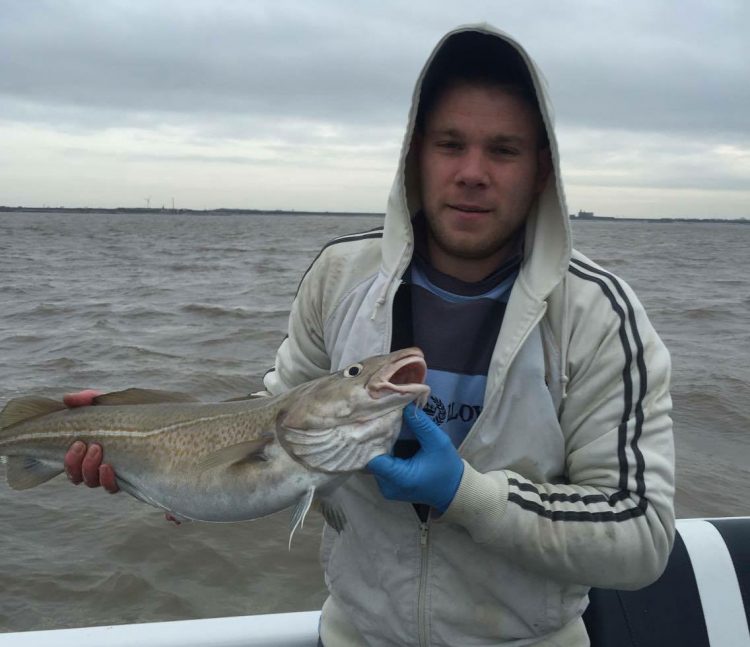 Christopher Russon fished high water on the Wall and the Power Cable end. It was very slow to start with, so he decided to chuck short at 30 yards out. From then on throughout the night-time session he had codling and whiting, all caught on fresh black worm.

Tommy Holroyd fished high water at Rossall at the back of the school alternating between two different rigs. He had loads of bites and ended up with loads of fish but unfortunately they were all small stuff.

Dale Edwards fished low water a couple of days ago, two hours down and two hours up, and landed loads of small whiting and undersized codling.