It is cod or mackerel all the way now, all of the Region’s piers have lots of mackerel showing, and the river Tyne and Northumberland rock edges all the way up to Eyemouth and St. Abbs have produced cod, pollack, coalfish, wrasse, and, from the deep water marks, mackerel, all taking lures or baits. Beware however, as it seems to be compulsory from some marks that when mackerel fishing you must drink at least six cans of a popular lager. Apparently a few gentlemen who set up a tent on Roker pier, full of cans and bottles, were so drunk that they could not safely get off the pier. Mackerel fishing is not what it used to be. A nice bottle of chilled water is required from the lower Tyne and Northumberland rock edges where the summer run of cod continues with some nice double figure bags landed by match and pleasure anglers. 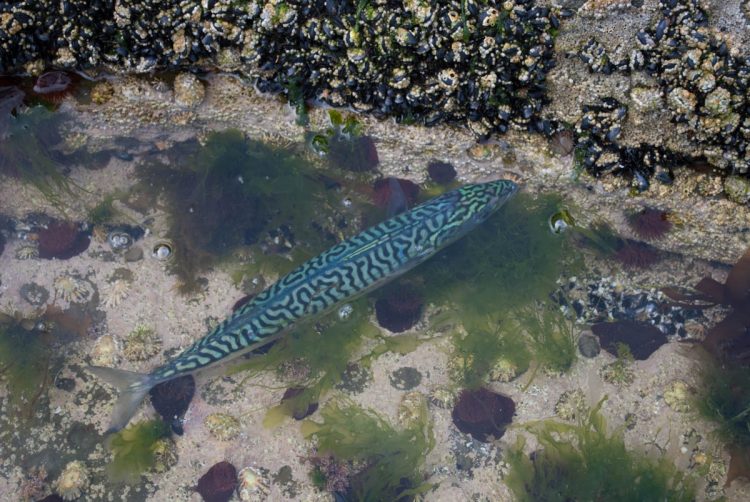 The last Whitley Bay summer league match saw plenty of cod landed at Newton where Chris Potts won with eight weighing 9lb 6oz, Keith Bathgate had two for 7lb 5oz, including one of 5lb 1oz, Geoff King had four totalling 7¼lb just ahead of Jeff Walker whose four weighed 7lb 3oz. Twenty two out of 34 weighed in with lots of bags around the 4lb to 6lb mark. An East End match saw flounders showing in the lower Tyne and cod from the rock edges. Nicky Robson had nine fish out of the river for a total of 7lb 1oz, Mick Renwick targeted cod from the rock edges and had two for 5lb 7oz, including the heaviest at 4lb 2oz, and Darren Gains had two cod weighing 2lb 9oz.

Across the river at South Shields cod took the top three places in a monthly sweepstake match. A. Scott won with a typical river Tyne summer cod of 2lb, D. Hall had one of 1lb 13oz, and D. Carrick one of 15oz. Those fishing early morning tides before the mackerel anglers arrive have taken cod to 5lb and pollack to 6lb or more on fresh crab baits, and those float fishing down the side with worm, mackerel strip, or crab baits have taken mainly smaller cod amongst lots of pollack and coalfish averaging around 2lb.

Sport other than for mackerel is a bit quiet in the South of the region. A recent Seaham A.C. match saw most anglers struggle to land anything of size in relatively settled conditions. Six out of 38 weighed in five dabs, four whiting, one plaice and one cod for 8.73oz. Dean Ambler had five weighing 3.41lb from the Blast beach, Lee Burton had the lone cod of 3.06lb from Ryhope, and Gary Pye had two fish totalling 1.12lb from the Blast Ledge. Sport in the Wear seems to be a bit slow this year for the better flounders. The last Ryhope Tuesday evening sweepstake was won by Derek Ross with a flounder of 1lb 1oz, Steve Rackstraw had one of 15oz, and Barrie Stowells one of 14oz. Lots of small coalfish have moved into the lower Wear recently.

The Bedlington Station Summer Open is on Sunday July 19th with fishing from 10am until 2pm and should see some good bags of cod landed if conditions are suitable. Boundaries are from Tynemouth pier to Seahouses South pier, fishing from Blyth pier is allowed but all other piers, estuaries and Seaton Sluice harbour are out of bounds. It is illegal to use edible crab or processed cart bait. Register at the General Havelock, NE22 7AT, from 7.30am until 8.30am. Basic entry is £12, top prizes for the heaviest bag are £250 and £100, with £100 for the heaviest fish Contact Steve 07888674873 for details.