Shore sport is very quiet now along the open shoreline, other than the occasional fish taken from the rock edges on a night time tide very few cod have been reported. Even sizeable whiting have been in short supply and most anglers have taken mainly dabs, and undersize whiting and flounders. Summer species are starting to show however, and the big tides of last week brought the first plaice within reach of the shore angler with specimens up to the 1lb mark being taken at South Shields and Roker piers. The lower Tyne has also seen increasing numbers of size coalfish showing. Thornback rays and spotted rays continue to be reported, and dogfish have also been taken from Seaham North pier and along the Durham beaches, best bait seems to be sandeel and the best thornback reported was one of 8lb taken by Peter Appleby fishing at Hendon Promenade. 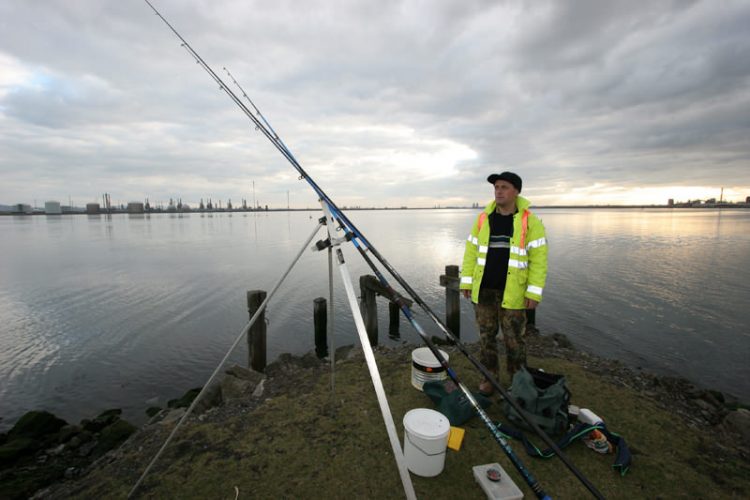 Match anglers have generally been concentrating on the upper river marks for some of the big flounders that can be expected with the Wear producing the better results where specimens up to 2lb continue to be taken on worm and mackerel baits. Seaham A.C. fished for their Clifford Cup and results are a good indicator of what to expect in the present calm conditions with 62 anglers fishing and five fish weighed in for a total of 6.29lb. Ken McKoy managed to find a rare cod of 2.13lb from the North pier, Dean Redden had one for 1.96lb from the Blast Ledge, and back on the pier Steve Laverick had one for 1.37lb. The Seaham Badger open on Friday night saw better results with 12 out of 33 weighing in 17 fish for 25.15lb. First place went to Dean Furness with a specimen dogfish of 2.34lb, Ritchie Graham had a dogfish of 2.24lb, both taken from the North pier, and Gary Pye had a dogfish of 2.17lb from the Blast Ledge. Dean Furness also had the best bag with three fish weighing 4.83lb which included a small spotted ray. Mick Newton won a Ryhope Tuesday evening sweepstake with a cod of 2lb 1oz taken at Whitburn and Jason Brown had one of 1lb 15oz.

In the lower Tyne Dave Hayley won a Tynemouth match with three flounders and a coalie totalling 3lb 1oz followed by Chris Robson with two coalfish and a dab for 1lb 14oz. A Tynemouth retired members match saw Bob Gascoigne win with six coalfish weighing 4lb 15oz ahead of Trevor Straker with two coalfish and one dab for 2lb 3oz. Ken Robinson had the heaviest fish, a coalie of a pound.