Thornback rays and bass have been increasing in numbers along the Solway and Dumfries and Galloway shoreline for the past two or three years and this year they seem to have arrived in even greater numbers with specimens reported from all along the shoreline from Cumbria to the Mull of Galloway. Most rays are around the 5lb to 8lb mark with some of the bigger ones topping the 10lb mark and visiting angler Andy Copeland reports taking rays up to 11lb 2oz. At other times bull huss, smoothhound, conger eel, and the usual pollack and dogfish have all shown in good numbers, and there is always the possibility of a bigger tope being landed. This year looks like being a successful one for the many North East anglers who travel to fish this area.

The Silloth Open last week did not produce any of the big thornback rays that have been attracting visiting anglers recently, but there were plenty of flounders present for those 80 anglers who fished in four zones. Sunderland angler Mason Burton won with 23 fish for 147 points just ahead of Barry McEwan with 10 fish for 146 points, and Steve McAdam with 14 fish for 138 points. Ben Shepherd had the best fish with a flounder of 41 cm. 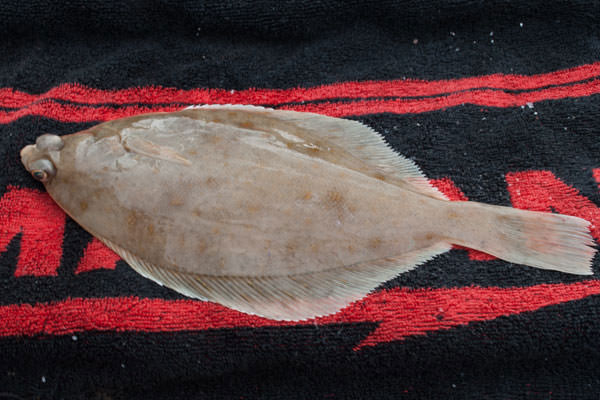 Back at home the Region’s rivers are now fishing well for flounders. The river Aln has produced bags of up to 20 fish per session, the upper Tyne has seen similar or better results, and the mid river marks in the Wear have all fished very well at times. Some anglers report that lugworm tipped with mackerel, normally a good winter bait, has taken the better fish in the Wear. Callan Stevens won a Bedlington match in the Aln with 21 flounders for a total length of 577cm and John Bell had the best at 37cm.

Early morning sessions on South Shields pier have produced cod to 5lb on fresh crab bait, plaice are showing to ragworm baits, and those anglers lure fishing for early mackerel have taken coalfish and the odd size pollack, though there are no confirmed reports of mackerel as yet. Alan Heeley fished the Blocks on South Shields pier and had cod to 4lb 11oz as well as some big summer dabs.

Forty seven anglers fished the Seaham Tuck Bros Trophy match which saw 10 weigh in 15 fish for 12.57lb, a slight northerly swell on the day not being really big enough to produce any numbers of cod. Dave Stoker fished the North pier to land two fish for a total of 2.86lb, including a dogfish of 2.38lb. Geordie Hope had two for 2.78lb, also from the pier, and Mick Davison had two weighing 1.75lb taken from the Chemical beach.

Boat anglers have managed to get out in the settled conditions. The Catch 22 out of Hartlepool landed 150 cod to 5lb during a recent trip over the hard ground marks. Down at Whitby the Mistress has taken up to a 100 bigger cod to 6lb. Up at Craster there are huge numbers of summer cod moving into the hard ground marks sometimes just a few hundred metres offshore but still out of the reach of shore anglers. Most are around the 2lb mark and many anglers are returning these smaller fish only keeping the bigger specimens up to 6lb.