Bessaker is a special place to spend a fishing holiday. Sheltered away from the Norwegian Sea in a small fishing harbour, this area offers enormous unrealised potential for boat and shore anglers thinking to visit Mid Norway. 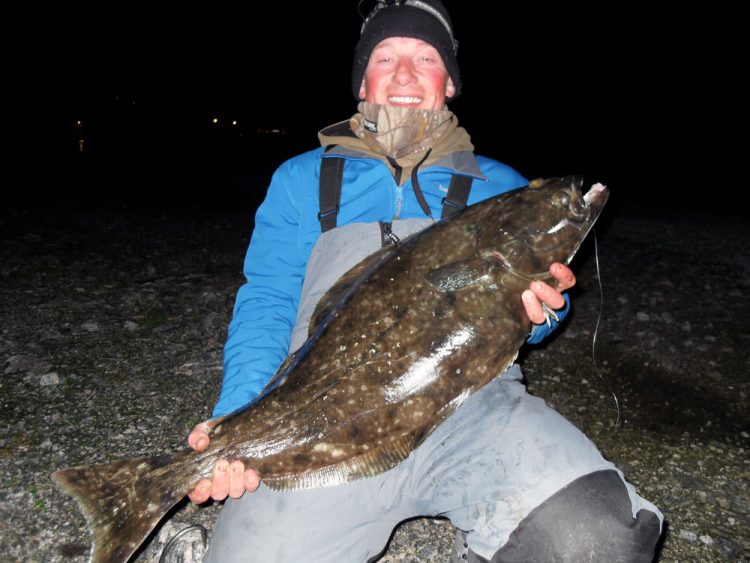 This time around the main fishing focus for this visiting group’s short stay was the flatfish species, including halibut, plaice, and big dabs, which abound around here. And the lads did not have to travel any further than inside the harbour, which is literally five metres away from the apartment where they were staying. Quality sea fishing could not possibly get any easier or more diverse than this.

Phill Dale of Nordic Sport Fishing guided the group and spent the first session with Justin Owen and Ben Porter within the bounds of the harbour. As light is required for plaice and halibut the session would be a short one – only one of Phill’s previous 20 shore halibut captures has been landed after nightfall. The anglers tackled up with small baits on rigs with plenty of attractors. Ben had the first screaming run, which unfortunately dropped the bait after running with it for ten metres. 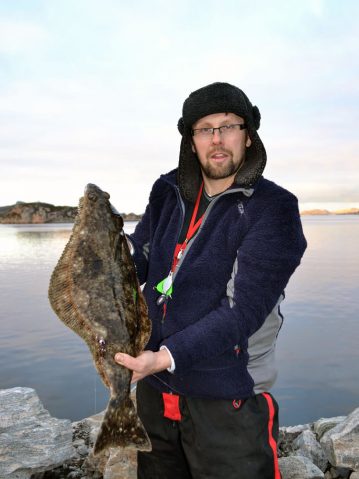 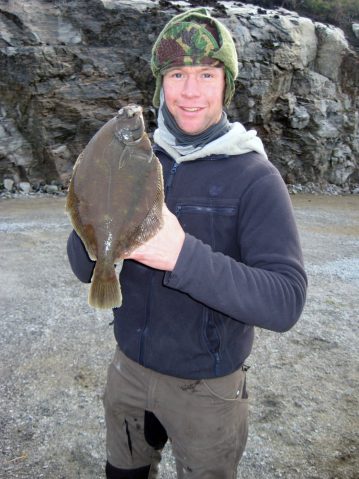 Justin was soon into the plaice action with a fish of over four pounds that was in fantastic condition. After the big plaice, Justin’s rod keeled over and a spirited fight, resulted in his first halibut of 8lb reeled ashore.

Justin kept pulling out the flatties, wjile cod to 10lbs kept Ben busy. This small harbour produced three out of the four halibut that the guys caught over the three day session. Wayne Davidson landed the fourth fish on a trip to a small island just offshore. 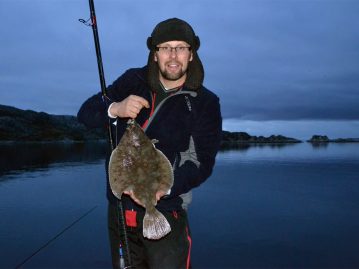 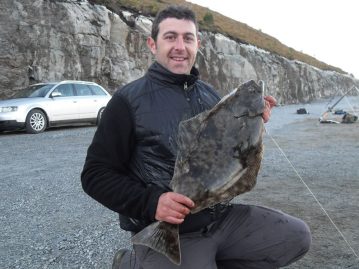 Although flatfish were the main targets,both cod and pollack roam around the weedy fringes of the rock marks and everyone was kept busy while waiting for a halibut run.

Top fish of the trip was a terrific 23lb halibut, which gave Graham Davison his fish of a lifetime.

Hardy & Greys up for sale